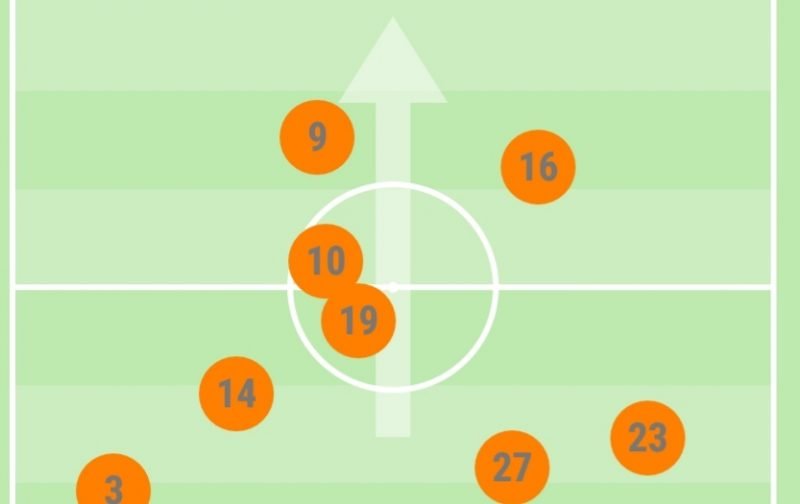 Swansea City nicked a point away at Birmingham City on Friday night as Garry Monk’s side let us off the hook on multiple occasions as they couldn’t put away their chances. There were plenty of them as they managed 14 shots in the first half, but only another three followed in the second half as Graham Potter made some much needed changes to relieve some of the pressure.

In terms of outfield players, Potter stuck with the same side that beat Preston North End at home last Saturday, with Mulder replacing the injured Nordfeldt the only forced change at St Andrews.

The average team shape for the Swans is shown below. The first picture on the left shows the first half, with the second shows the overall team shape for the full match. In a game of spot the difference here, the main one is how Bersant Celina (10) played higher up the pitch having averaged a position just inside his own half in the first 45 minutes.

Striker Oli McBurnie (9) also moved to a more central role and he had Joel Asoro (16) for company up top, but both players were isolated and lacked any service. Jay Fulton (27) averaged a deep role just in front of centre back Mike van der Hoorn and he struggled there with just 36% passing accuracy and was dispossessed 4 times. 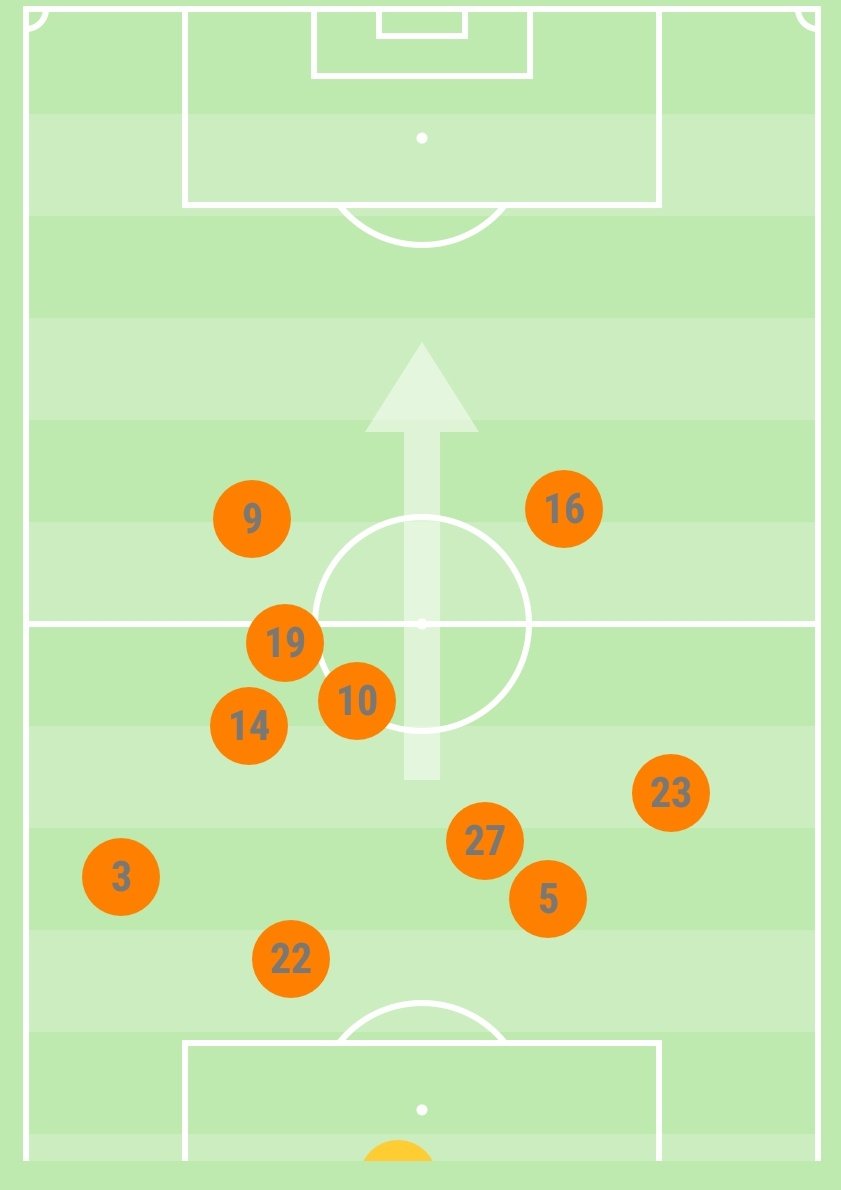 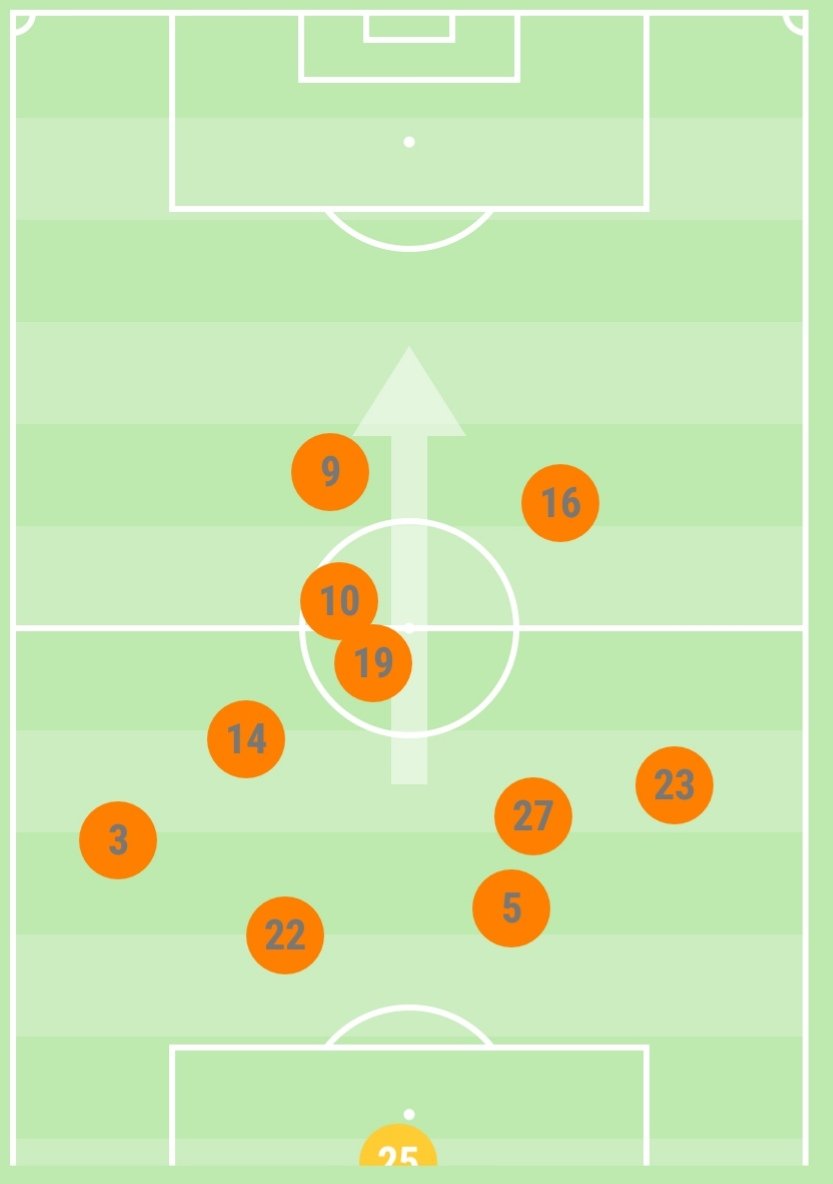 Swansea City Team Shape – How It Changed Following The Substitutions

Below shows a side by side comparison, the left showing the overall team shape with the right including the substitutions mentioned above.

It’s worth mentioning here that the average positions are based on touches. The Swans were overly balanced down their left side with a lack of attacking presence down the right. Youngster, Dan James (20), making his League debut average a very high position while Matt Grimes (21) slotted in alongside Jay Fulton – as opposed to a left-back role that he’s usually been given since pre-season.

Leroy Fer (8) added cover in front of Grimes and behind Celina (10). 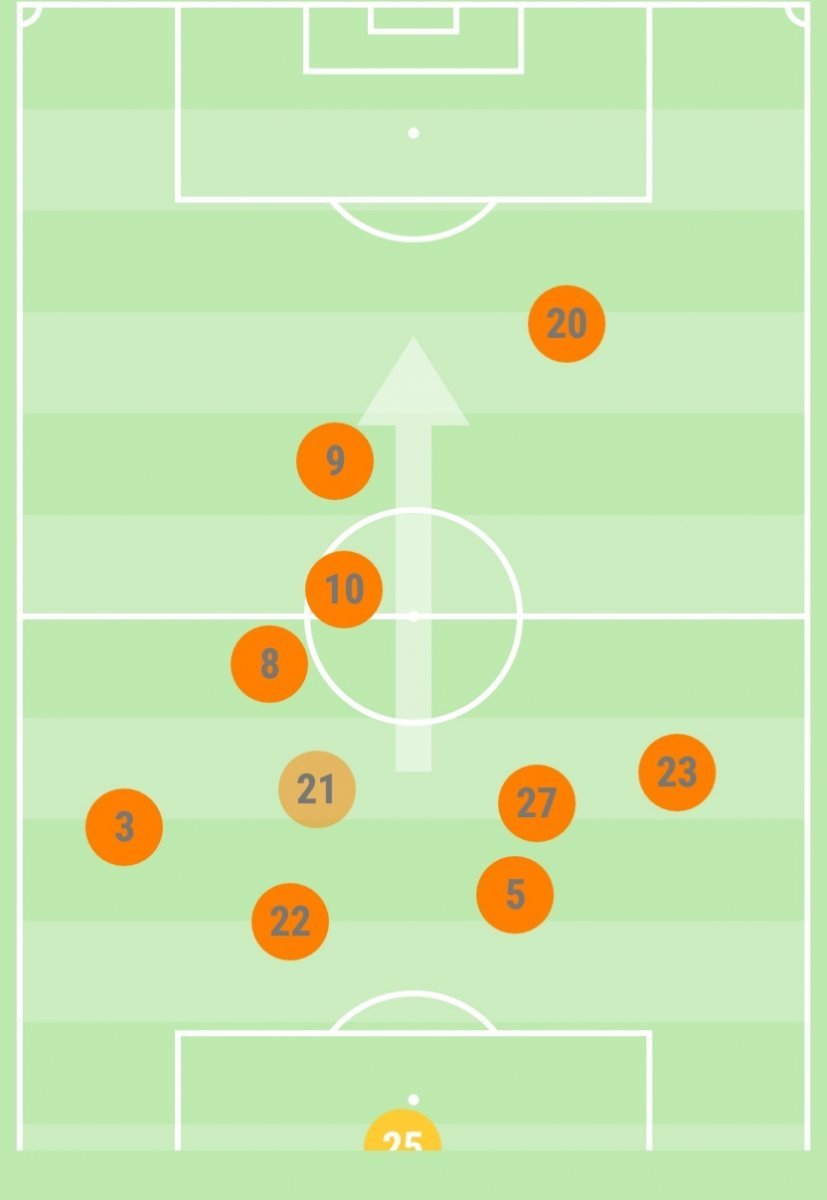 Birmingham City were camped in Swansea City’s half in the opening 45 minutes as the average positions map (bottom left) shows below. Captain and centre back Morrison (28) and left-back Pedersen (3) were the players holding deep positions and making long, direct passes while the second centre-half Harlee Dean (12) was allowed to push right up – almost as a third central midfielder in Monk’s 4-4-2 formation.

Birmingham were also overly balanced on their right which was why the Swans were the opposite.

Graham Potter spoke after the game and said that he wanted to try and push Birmingham City’s defenders further back in the second half and they did that somewhat as the overall team shape of Birmingham (below right) shows Harlee Dean (12) in a deeper position. 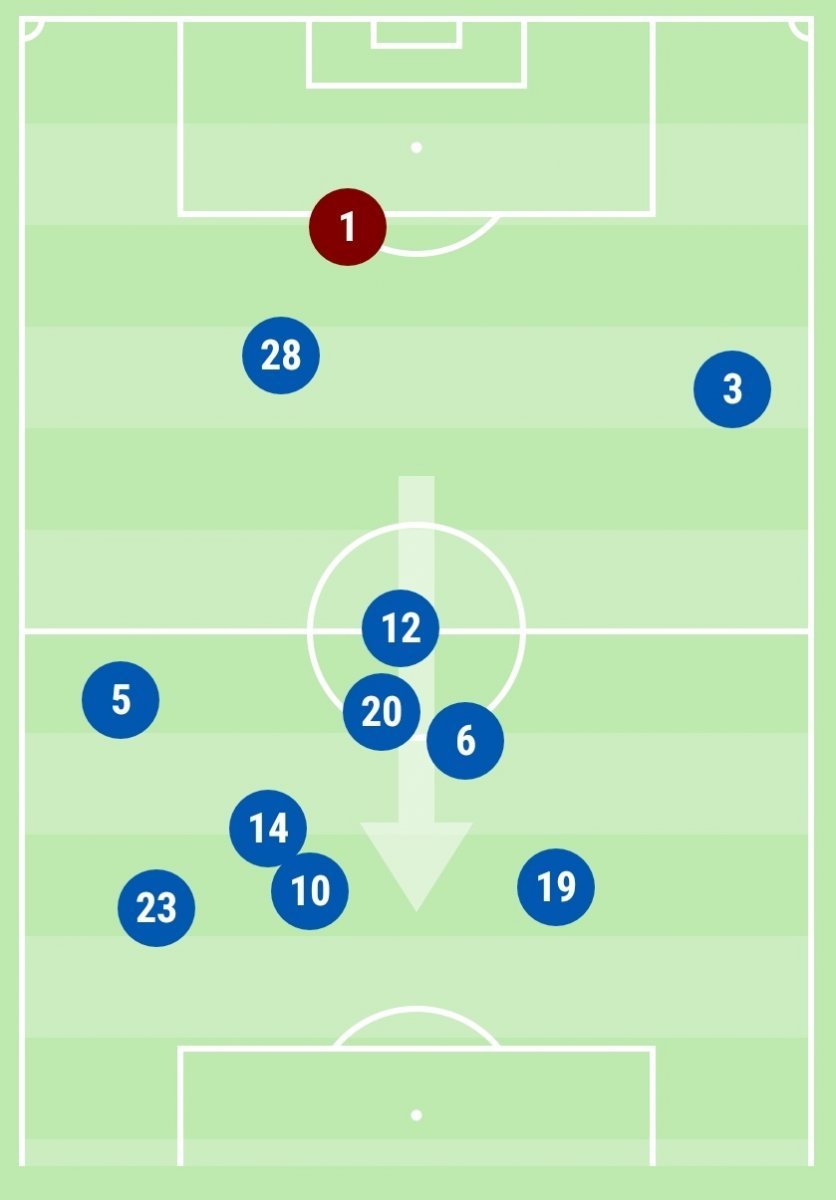 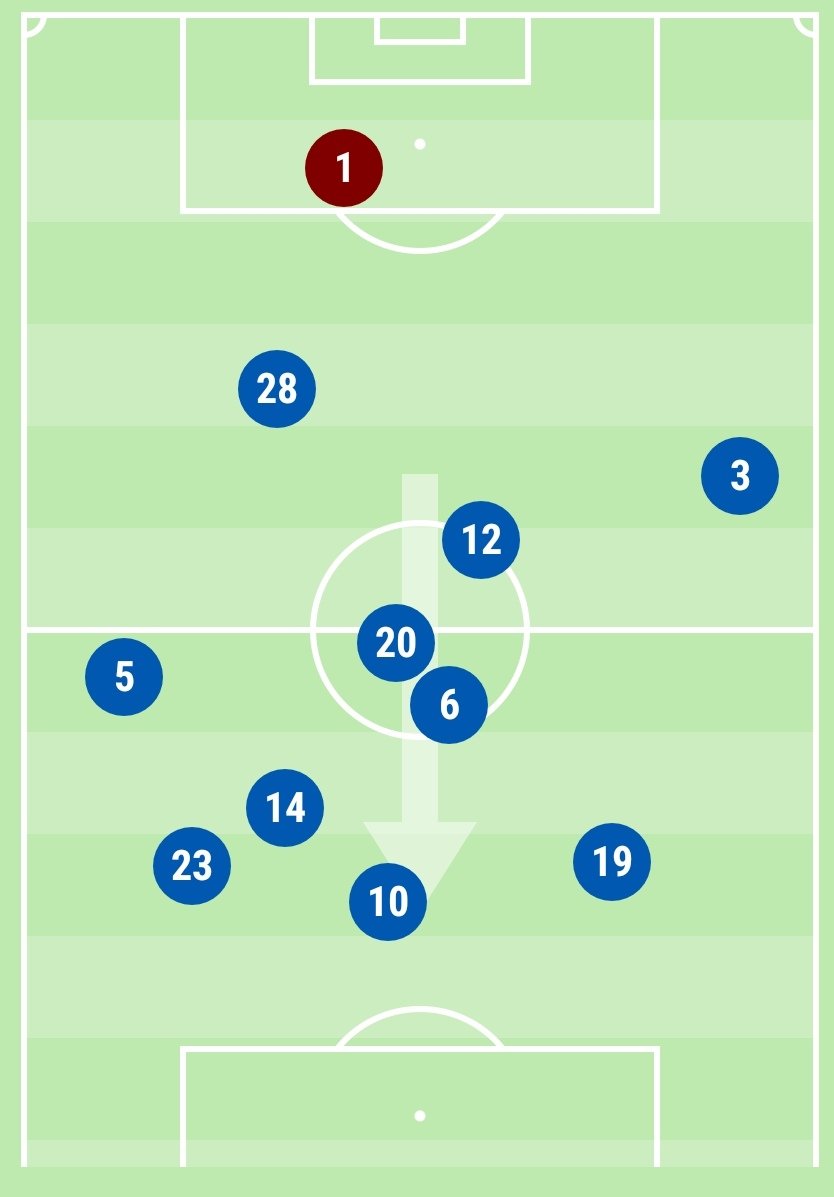 Birmingham City Team Shape – How It Changed Following The Substitutions

Birmingham City made two subsitutions in the game, with the first coming after 79 minutes, replacing Omar Bogle (14) with Che Adams (9) and the second 6 minutes later as Gary  Gardner (20) made way for Charlie Lakin (31). 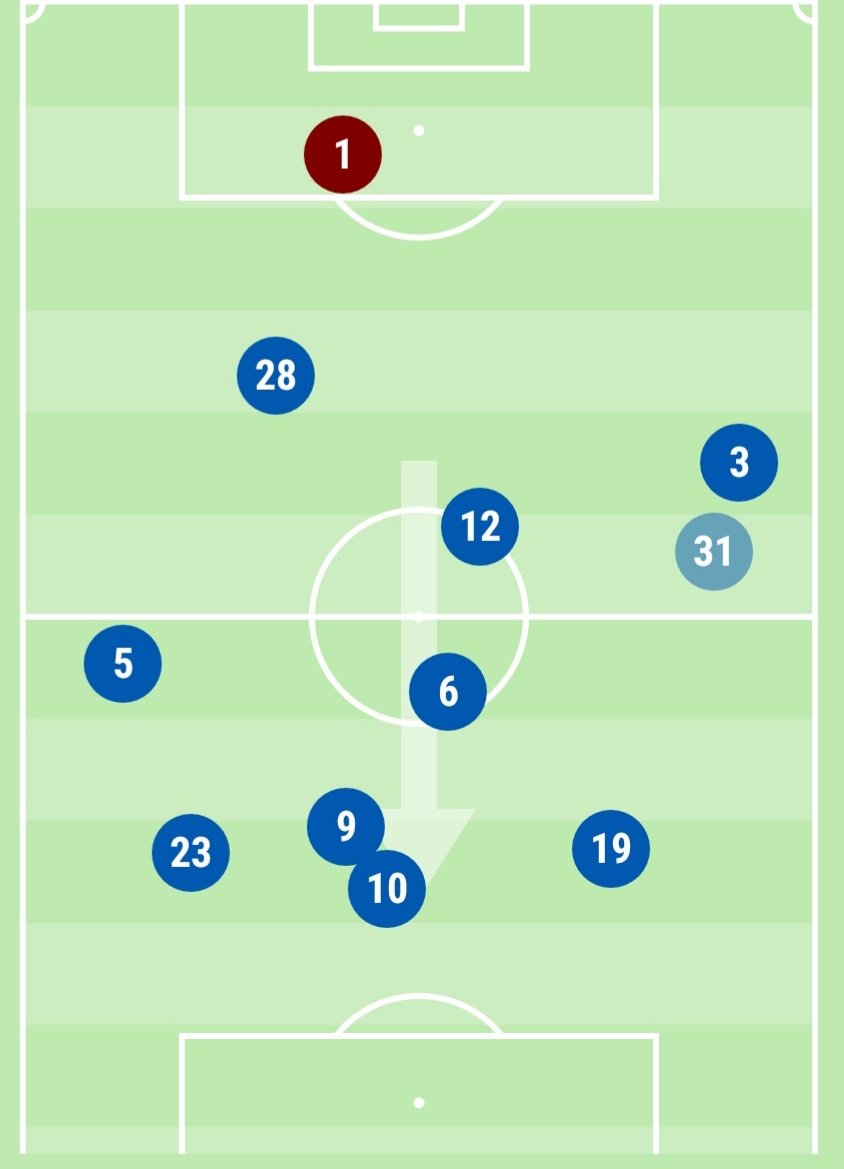 The match exposed our weakness in deep midfield. Tom Carroll and Jay Fulton both struggled there as Birmingham’s intense and high pressing was effective as they stole possession and created a number of chances in Swansea’s half.

Leeds United provide us with another test at home on Tuesday night and they’re another side that under the management of Marcelo Bielsa, like to play with energy and a high press giving plenty for Graham Potter to think about as he prepares for our second game in four days.