36% Passing Accuracy, Dispossessed 4 Times – A Game To Forget For This Swansea Midfielder at Birmingham 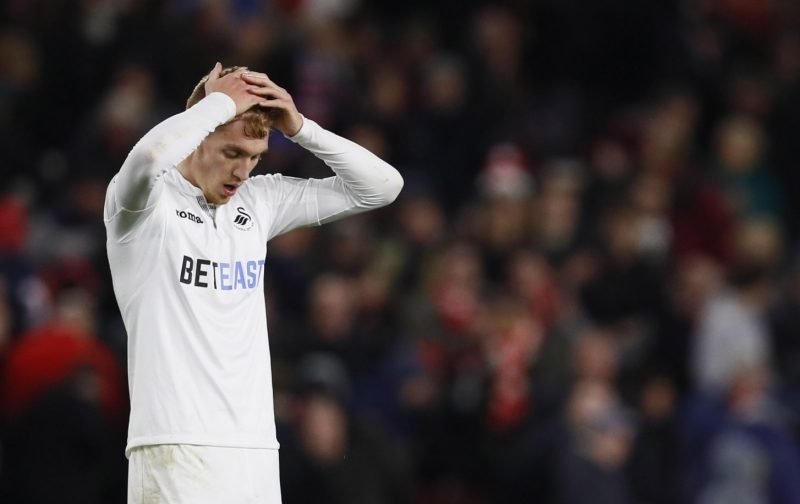 The Swans somehow extended their unbeaten run at Birmingham City with a hard-earned 0-0 draw but it wasn’t pretty as they should have been out of sight after a dominant first half from the home side – who managed 14 shots on goal compared to our 1 blocked shot.

Whilst the defence came out on top – Connor Roberts and Joe Rodon in particular, the midfield struggled to cope with Birmingham’s direct and physical style. They pressed us high and we were constantly guilty of taking too long on the ball and easily getting pushed off it.

Two players who struggled, in particular, were Tom Carroll and Jay Fulton – and it was the latter whose stats speak for themselves. I’d rather not pick out an individual’s performance but it’s hard to ignore these stats when our manager, Graham Potter is looking to play a neat, passing style of football.

Jay Fulton’s 36% passing accuracy is very poor, with just 10 accurate passes out of a total of 28 attempted. He was also dispossessed 4 times. Carroll wasn’t much better there – dispossessed 3 times but his passing accuracy was closer to our team’s overall average (74%) with 72%. Other players who struggled and were dispossessed the most were Joel Asoro (5) and Oli McBurnie (3).

Jay Fulton was our top tackler of the night though – with 6 tackles, three times as many as the next player.

Much has been said about our midfield in recent weeks and months and tonight just proved what so many fans have been saying – we’re far too lightweight in the middle. Birmingham exposed that massively and luckily for us Rodon and van der Hoorn were bang on form despite lacking any midfield support in front of them.

Joe Rodon (88%) and goalkeeper Erwin Mulder (90%) were the stand-out passers with the young defender successful with 64 passes from 73 attempted, with goalkeeper Mulder with 27/30.

Our Player Ratings vs Birmingham City 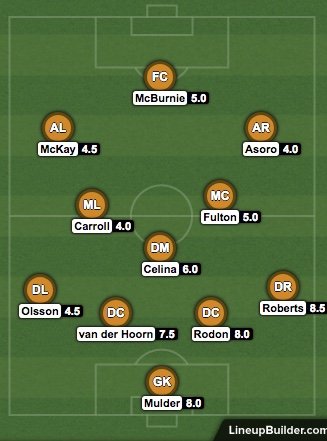 Erwin Mulder produced another stand-out performance and kept us in the game at times – especially in that first half. One save in particular was excellent and his distribution was also confident and positive.

van der Hoorn and Joe Rodon solid again at the back and dominant in the air and they needed to be. One moment from van der Hoorn annoyed me when he lost out to a forward who was going in on goal and he stopped his run to appeal for an offside that wasn’t, luckily the striker wasn’t his chance.

Olsson struggled throughout the game in my opinion. Mostly hitting long and too often out of play. Got caught out defensively at times but his late covering at the back post was excellent and deserves special praise. On the other side, Connor Roberts was brilliant and easily man of the match – he dug in throughout and very rarely did a winger get the better of him.

In midfield, well – where do you start really. They all struggled in possession, taking too long on the ball, getting pushed off it easily or just trying to be fancy and threading balls through spaces that just weren’t there. Asoro struggled again to prove his quality and McKay had a quiet day on the left. I’ve seen mixed opinions on Celina – he did get caught out in his own half at times but he was far more comfortable at the other end of the pitch. There were some classy moments – but they were brief and he lacked that quality around him to make something happen.

Oli McBurnie will run all day for you but it just wasn’t his day. Not entirely his fault, he was isolated up top and desperately needed someone playing off him but he also lacks that physical presence to offer an outball and a hold-up option – that just isn’t his game, unfortunately.