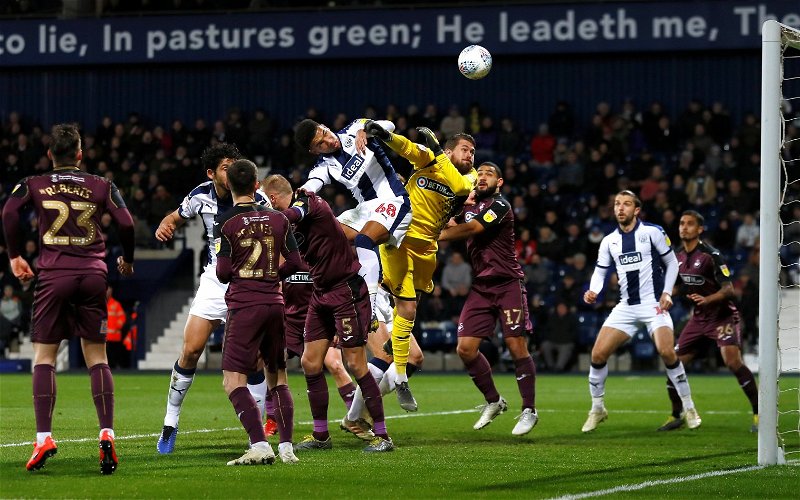 Unfortunately, Swansea City’s woeful and thrashing 4-0 defeat at QPR last Saturday means that we’ve got to take another look at our corner-kick defending and the graphic which shows those corner-kicks and where they were aimed at shows the exact weakness that we need to vastly improve on.

We’ve already looked in depth at our corner defending weakness here but that was after the Nottingham Forest defeat, and here we are again, after we conceded another two goals from corners at Loftus Road.

It’s becoming a serious habit now. At QPR, we conceded a corner, the cross was won in the air and the headed effort on goal had to be saved and palmed out for another corner over on the right side. Another in-swinging cross aimed at the front post, another corner won and this time – a goal (watch below).

From the resulting corner, #QPR take the lead. Just like at Nottingham Forest, we suffer at the near post. We actually have a player (Byers I think) marking the scorer, he gets a run on him in front and heads home. pic.twitter.com/s8aOL6A1vC

The precise weakness behind our corner defending appears to be corners aimed in or just outside the six-yard area. Sometimes you will see corner-takers aiming passes away from goalkeepers to avoid them simply catching the cross and ending the goalscoring chance but there’s no worry of that against the Swans.

Six of them are scored from within the six-yard box and another two are just outside of it. Looking at it, surely you have to feel that the goalkeeper should be doing more to command his box and take control of these crosses? The front post crosses are more difficult as the goalkeeper needs to get through a crowd of players and usually two of his own team-mates who are covering the front post zones. Those corners aimed more centrally though surely need to be caught or at least punched away by the goalkeeper?

This video below also sums up part of the corner-kick problem, a goalkeeper who’s not comfortable catching crosses. This looks like a simple cross to catch:

Zoomed in and slow-mo. Was it a tactical thing to try and get Routledge away? Or am I being too kind on him? pic.twitter.com/cI6bJWQP0M

Here’s one of the goals conceded at QPR. It’s not a direct shot from the corner but it’s one aimed at the front post that we don’t clear.

And then from that resulting corner #QPR score again. And it's yet another in swinger aimed towards the front post. A simple clearance is missed, a scramble follows and they score. pic.twitter.com/FJqkYKsYse

Not a corner this one but not far off. A free kick taken on the byline. This time another weakness is exposed, Nordfeldt's failure in the air. This is a simple catch for a goalkeeper but he tries to punch it clear. Lucky escape but a corner conceded here. pic.twitter.com/FaWKZUUzis