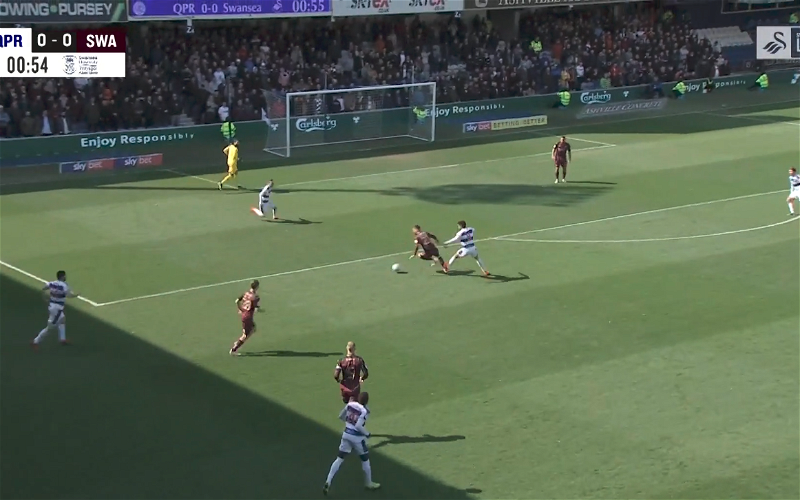 Swansea City manager Graham Potter and midfielder Matt Grimes have both suggested that they were “caught off guard” at QPR on Saturday and stunned by their intense, high energy and high press approach that caused us all sorts of problems.

We couldn’t cope with QPR getting high and in our faces, we never had much time on the ball in our own half meaning everything was rushed and under pressure, resulting in possession lost in dangerous areas in the middle third.

An early goal from a corner didn’t help and an awful defensive error meant we were 2-0 down within five minutes. It was 3-0 by the 17th-minute mark and from there it was always going to a very tough task to get back into the game, especially when QPR were nullifying everything that we tried to do. They had clearly done their homework, read our build-up play and man-marked effectively.

After the 4-0 defeat, our heaviest scoreline of the season, midfielder Matt Grimes admitted that they were “caught off-guard” by QPR’s approach:

“They were so aggressive and we seemed caught off-guard and it’s really disappointing. They got after us, they did it well and thoroughly deserved the win.” – Matt Grimes

Manager Graham Potter said something similar, that they “didn’t understand that their pressure was coming high”, almost as if they prepared and expected QPR to sit back, defend and hit us on the counter.

Other teams have adopted similar tactics against us this season with similar results, most notably Sheffield Wednesday who raced into a 3-0 lead by half-time. Wigan too adopted a high press at the Liberty Stadium but we were able to claw our way back from 2-0 to draw the game 2-2.

“I think today we did not understand that their pressure was coming high, we did not turn their back four at any point really and we invited a bit of pressure on us.” – Graham Potter

I think we expected QPR to sit back and hit us on the counter, rather than get in our faces. We've been stunned here, the opener from a corner helped them and it went from bad to worse from there.

QPR’s high and energetic press stopped the Swans from advancing the ball up the pitch from their own defensive third as they like to do.

With Matt Grimes as usual dropping in deep to receive, turn and pick a pass, he wasn’t given time to do that, his usual targets ahead of him were also man-marked and with a good, structured high press, this gave QPR the chance to intercept passes in decent areas to help themselves get back on the front foot.

The screenshots below are both from within the first minute of the game and they show QPR’s high press. They ensure that they match the Swans man for man high up and get touch-tight on them when they’re in possession. It was the pressing that led to them winning the ball back, getting forward down the left and winning a corner that led to another corner being won that assisted their first goal. 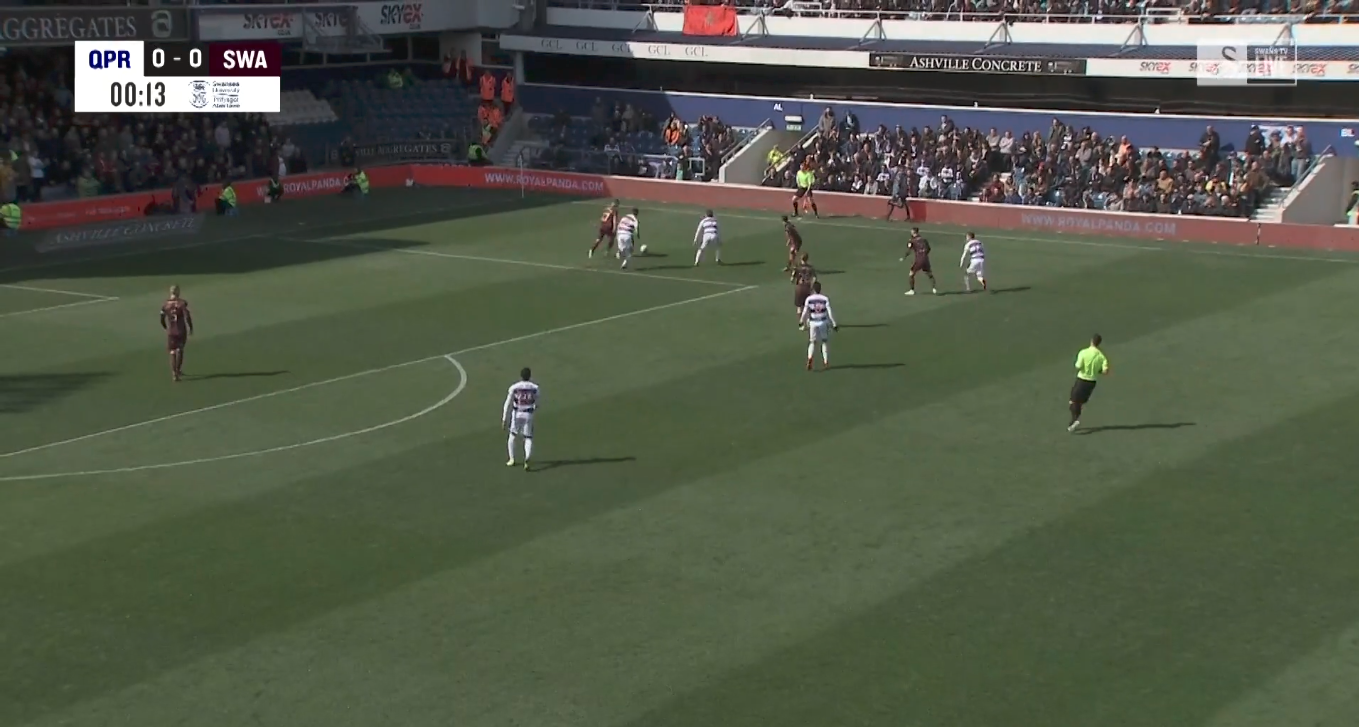 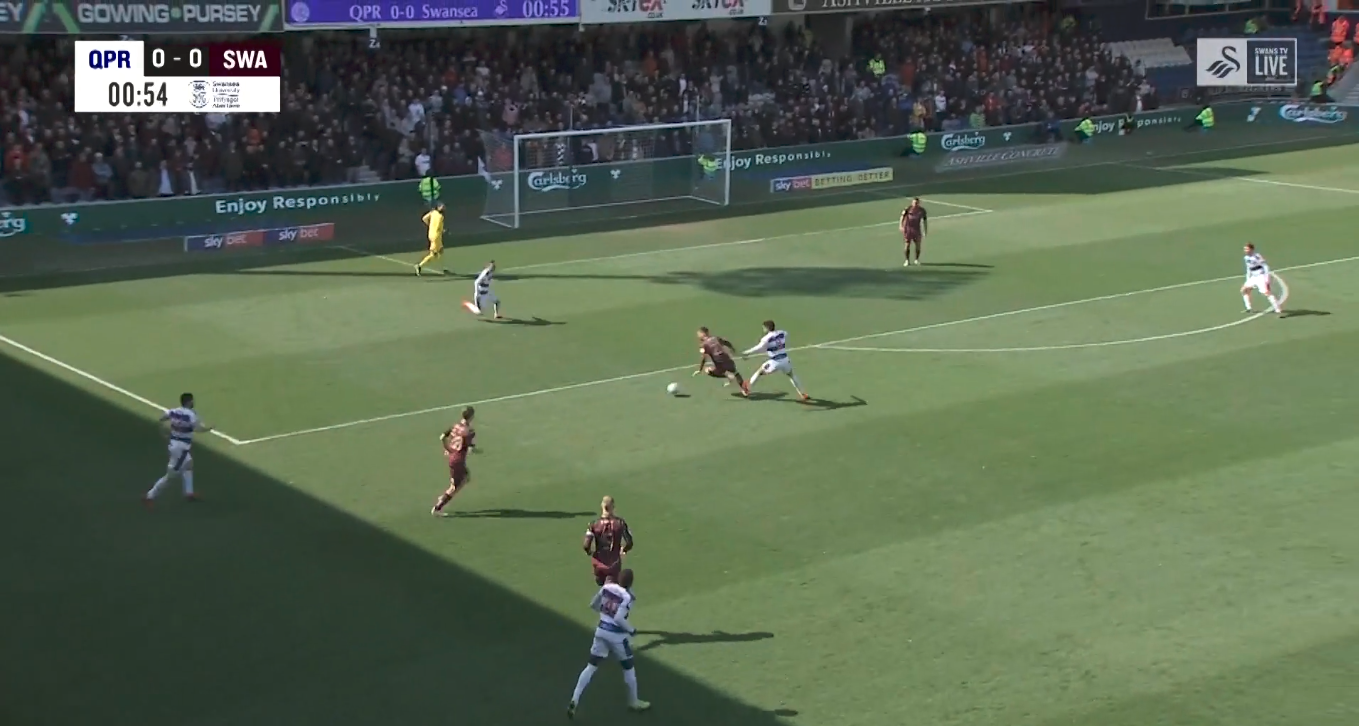 You can see how a large proportion of passes by the attacking quartet of James, McBurnie, Dyer and Routledge were played backwards – Dan James, in particular, as shown by the number of green backwards bars on his chart.

George Byers also made a large number of passes sideways and backwards. You can also see that the majority of forward passes were unsuccessful. Routledge’s passes over to the right side of the pitch were mostly off target and the same could be said for George Byers for passes made to the opposite side (angled slightly forward and to the left). 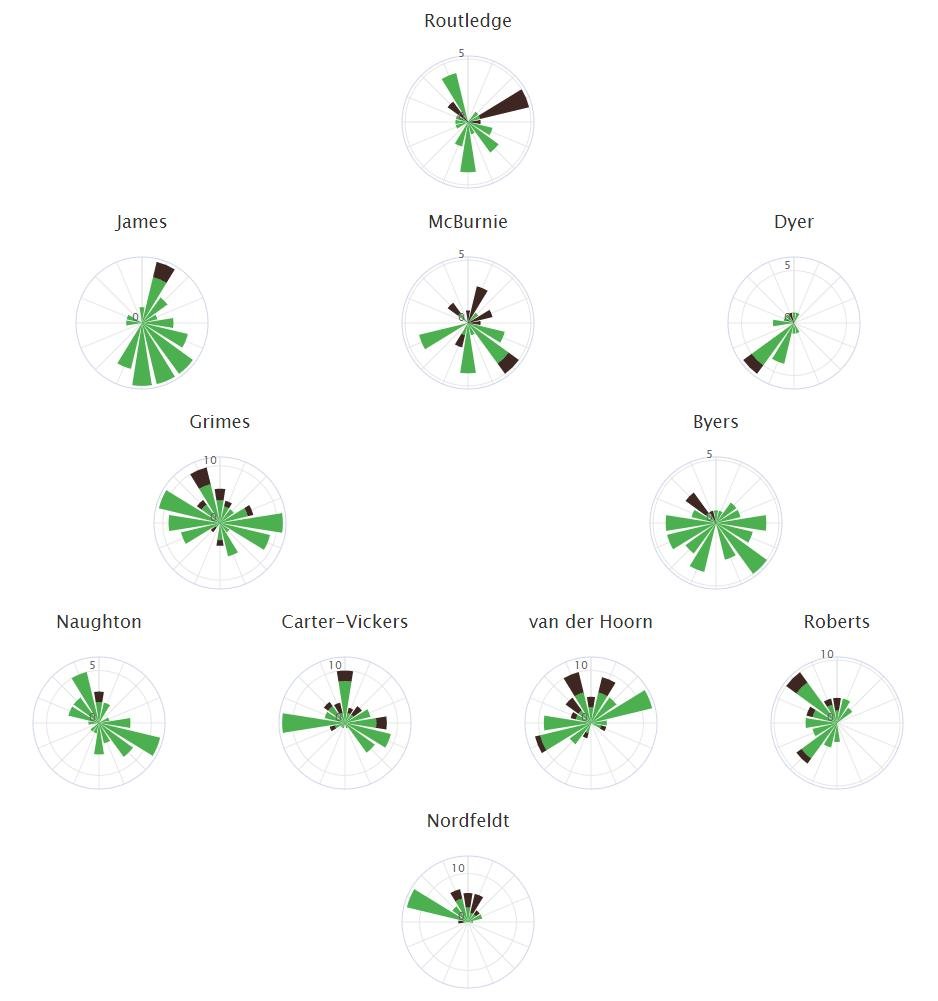