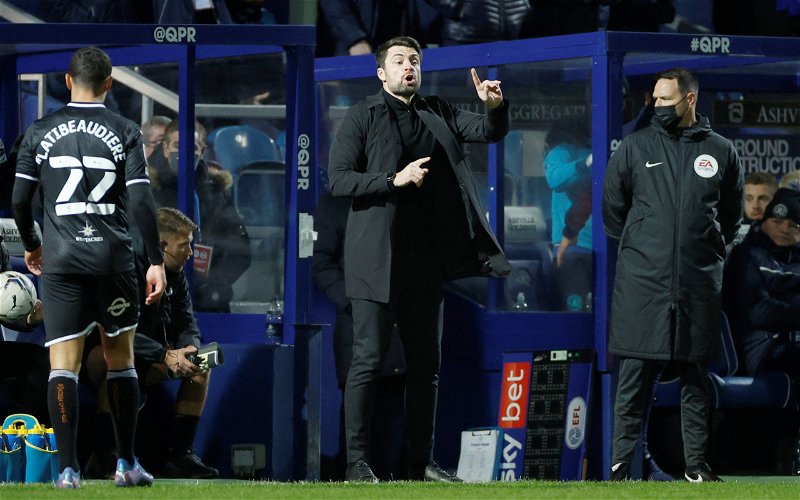 Swansea City had conceded only one goal in the previous three games but their defensive vulnerabilities returned to the surface today as two early goals was enough for Hull City to extend their winning run to three.

Prior to kick-off, we wondered what Russell Martin would do with his starting line-up and how to cover Flynn Downes’ absence following his second booking during the midweek goalless draw at high-flying QPR.

We had hoped for Ntcham’s return in Korey Smith’s position and for Korey to drop back into a more familiar deeper role. However, we simply saw a like for like change as Jay Fulton replaced Downes in midfield.

The first goal saw the Swans exposed massively in their right-sided channel as they pushed their wide centre-backs further up the pitch. A diagonal ball picked out Brandon Fleming with only ‘attacking midfielder’ Korey Smith sprinting back in wide defensive support. Fleming sent in a low cross and only Jay Fulton was in the box to try and stop Tom Eaves but the Hull striker was able to poke the ball home past Hamer from close range.

The second was equally as soft and as a result of worrying defending. The screenshot below shows the build-up as the home side break into the Swansea half after a turnover of possession further up the pitch.

The Swans are now all racing back to get into position and this is when teams are at their most vulnerable. We’ve got four players all in close proximity to themselves and the ball. We can also see the goalscorer asking for the ball in acres of space at the bottom of the screenshot. Seconds later he’s receiving a long diagonal at the far post and finishes past Hamer. The Swansea goalkeeper will receive some criticism for the second goal as rather than coming out to claim the ball, he stood there with his arms in the air. 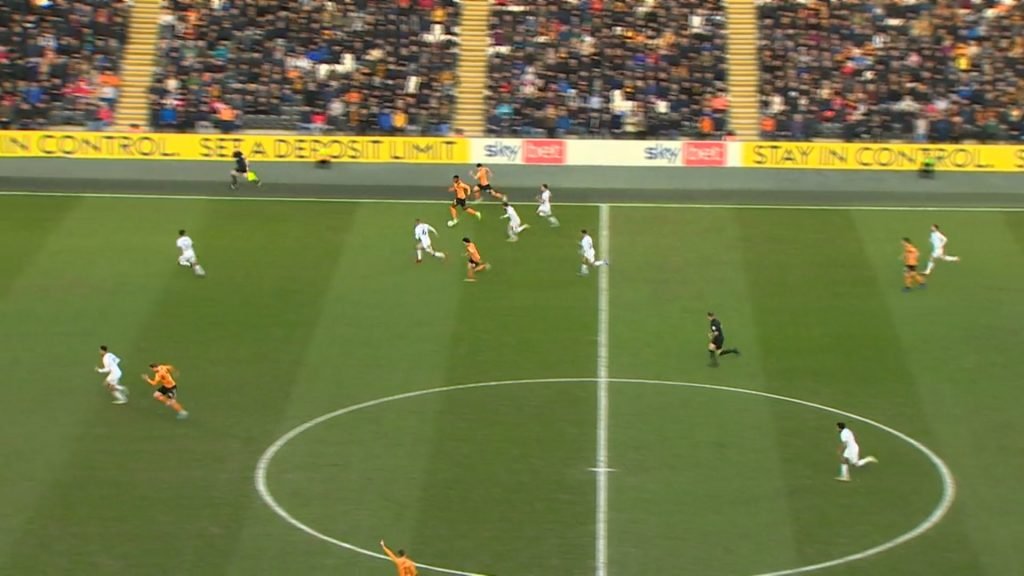 60% of our outfield players in that section of the whole pitch. pic.twitter.com/EzLVvXNAL3

Later in the game, as Martin’s side finally began to work the ball into the final third, we managed to get the ball in behind Hull’s left side of defence. Latibeaudiere, who had switched over to the right, could have moved the ball towards the box but instead, he pulled it back to Smith and the move quickly broke down.

This isn’t the reason Swansea are 2-0 down but watching a promising move down the right come to sod all because a centre back is trying to be a wing back, & a defensive midfielder who has scored 6 goals in 378 league games is trying to be an attacking midfielder, kills me.

It was one of those first-half performances that sometimes see managers make early tactical substitutions, but Russell Martin decided to wait until the restart to make a double change.

Joel Piroe needed support up top and so Obafemi replaced Hannes Wolf who is still taking some time to get up to speed with the demands of the Championship.

Ntcham also replaced Jay Fulton as Swansea City just had to push forward in search of some goals.

Obafemi had our best chance to help us on our way to an unlikely point but his close-range effort just before the hour mark was palmed onto the bar.

Swansea’s third and final substitution Liam Walsh,  replacing Korey Smith, took over from Matt Grimes from direct free-kick duty. His curling effort over the wall came back off the woodwork and Joel Piroe missed the rebound with his stronger left foot.

The Swans saw 71% possession of the ball in the second half as Hull sat a little deeper on what looked like a pretty comfortable and safe 2-goal lead.

13 shots, 4 of them on target and 2 of them regarded as “big chances” but again we struck a blank in front of goal.

Another tactical change during the second half saw Russell Martin switch Naughton and Cabango at the back. Naughton moved to the right side of the back three with Cabango now in the centre – most likely to keep a closer eye on their opening goalscorer Tom Eaves.

It’s happened so often this season – Swansea giving themselves a mountain to climb after a first-half shocker and it’s something that Russell Martin and his coaching team really have to sort out. He needs support from the board too, as we can all see how much better we can play with better players on the pitch.

The Korey Smith in an attacking role spell surely has to come to an end, Latibeaudiere can’t keep playing in a wing-back role either in a system that is so reliable on them. The defence is also lacking balance which raises another question, how long can we go on with fielding two full-backs in a back three?

Thankfully Flynn Downes is back for the visit of Luton Town on Tuesday night.