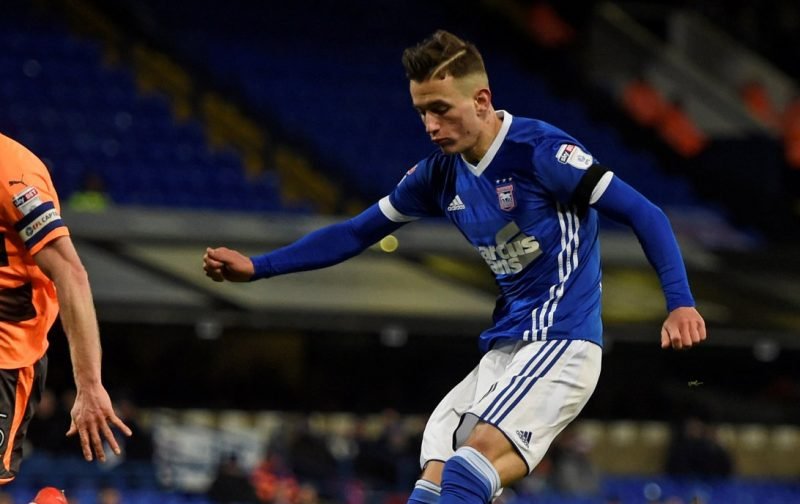 It seems that Swansea City signings are like buses, you wait for ages for one to arrive and suddenly two come along at once!

A number of supporters have grown more and more concerned over the last week or so regarding the lack of strength and quality in the squad, but after testing the fans’ patience recently, the Swans look set to add two new players to the squad – ready for Saturday’s season kick-off at Sheffield United – and more could follow.

Bersant Celina’s father has pretty much confirmed that his son has put pen to paper at Swansea City on Twitter:

The talented midfielder, who can play either as a central attacker or a winger spent last season on loan at fellow Championship side Ipswich Town, scoring 7 goals in 23 League starts plus another goal in the League Cup.

The 21-year-old is believed to have cost us around £3m initially, with the fee rising to £4m.

Swansea City have also closed in on the signing of Nottingham Forest winger Barrie McKay who is believed to cost us around £500,000. The former Rangers man, 23, was in fine form in the first half of last season but he struggled somewhat following a change of manager.

We’ll bring you more coverage and fans’ opinion on Celina and McKay later this week.

It also looks like Alfie Mawson is set to return to the Premier League and join Fulham for a £15m fee. Burnley and West Ham were interested but Fulham quickly moved to the front of the queue to secure his services.

Looking ahead, the Swans are still a little light in the middle of midfield and whilst Graham Potter hasn’t specified what positions he’s looking to strengthen before the transfer window shuts on August 9th, the Swans boss is hopeful that more signings will follow after the arrivals of Celina and McKay:

“We understand we’re in a restructuring process and there is going to be a transition in terms of numbers going in and out. We’re not sitting on our hands, that’s for sure, but we’re trying to make sure we get the right ones in. We’ve got two in now and hopefully there’ll be more.