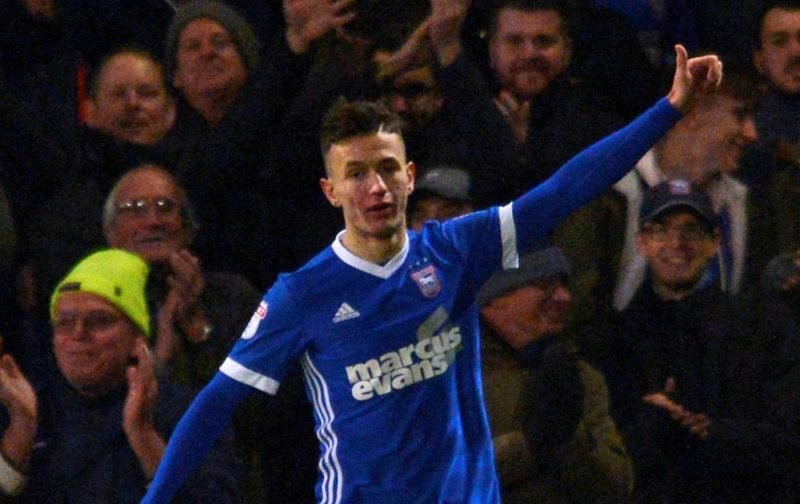 It was revealed today via a photo on Twitter that Manchester City winger/attacker Bersant Celina has put pen to paper on a contract at Swansea City, completing a £3-4m move to the Liberty Stadium, so we wanted to take a deeper look into the 21-year-old and see what fans who’ve watched him play week in week out think about him.

He was at fellow Championship side Ipswich Town last season, so are their fans disappointed that they haven’t made the loan permanent? A quick look on Twitter would suggest not, but as always there’s mixed opinions on the player who can play across the front.

Wouldn't say weve missed out as new manager isnt in for him and we have made some good additions for less money! But yes he is very good on his day! So much potential!

i know man. he would thrive under an attacking manager like we have now!

I’m not arsed, he only bothered for half a season. Didn’t look like caring

who the hell cares, think already edwards offers more going forward and supporting going backwards than celina ever did, he was a good player but had one thought if he ever got into the game what type of worldy can i score, with mixed success. #itfc

Looking on Ipswich Town forum TWTD, some fans questioned his attitude and whilst there’s no doubt he has ability, he also lacks consistency apparently. Here are a few quotes:

“That price is inflated even in today’s transfer market. Did he do enough to justify a price tag like that based on last season? For me, no. The jury is very much out on him. He has undoubted ability, but failed to show it enough and I’d also question his attitude. Having said that, MM’s Ipswich didn’t really allow Celina’s talents to flourish, where perhaps Swansea’s style of play would be more inviting. £2m would’ve been about right for me, he’s still got plenty to prove.”

“Think the opposite, great deal for Swansea that. Will only get better and more likely to be able to simply attack / play better than for us. Easy resale after a year for 6-8 mill minimum.”

“About right for me, he was pretty good in the odd game that we decided to play on the front foot but pretty poor on the days that we just went out and defended so with the right manager and in a balanced team he will be a good asset me thinks.”

“Celina did score a few great goals. But other than appearing on the occasional highlight reel, he was terrible. He kept losing the ball in our own half! He was a liability for us, I’m glad to see him gone. He needs to improve a lot to make it, even at championship level.”

“I don’t think Celina is up to it in this league. He’ll score a few worldies but overall his contribution won’t be sufficient to justify playing him every week. I don’t think he can handle the pace of the game and the lack of time on the ball in this league, makes too many poor decisions and the game often passes him by.”

Celina netted 7 goals in 23 Championship starts last season for Ipswich, not a bad return for a player who played mainly as a left winger, but he can also play as an attacking midfielder and as a second striker.

Check out his highlights below:

Talking about his new signing, Graham Potter says he sees Celina as an attacking midfielder:

“Bersant Celina is someone we see as an attacking midfielder. He had a season in the Championship last season and he impacted the game there,” he said.

“He played quite a few positions; out wide, as a second striker and in midfield, but for us we want to use him in a central, attacking area between the lines.

“He’s got those qualities, he can receive the ball in tight areas and play forward. That type of player is someone we’ve missed a bit here.

“We’re really pleased with him, we’re excited to have him, and I think the supporters will like his qualities.

Swansea City are also strongly linked with a season-long loan of Manchester City striker Lukas Nmecha with the reliable Alan Nixon tweeting today that the 19-year-old has told his team-mates that he’ll be making the temporary switch to South Wales.