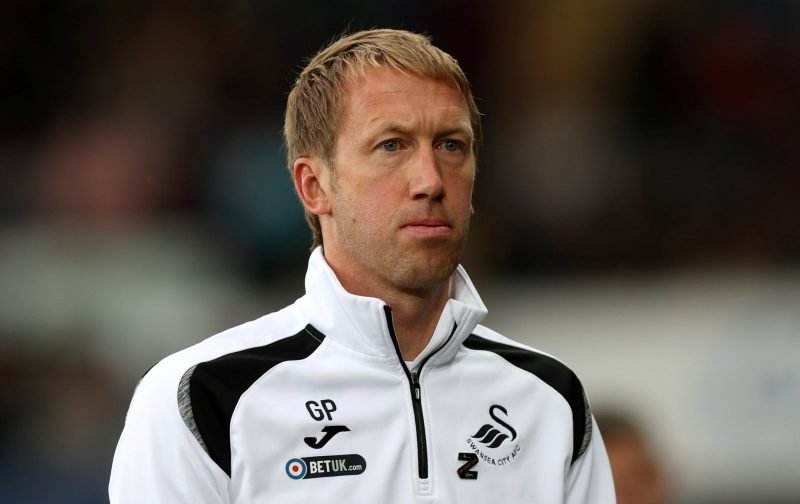 Swansea City manager Graham Potter explained his reasons for giving Connor Roberts a new right-wing role against Leeds United as he switched from a 4-3-3 formation to a 4-2-3-1.

With both Kyle Naughton and Connor Roberts, we wondered prior to kick-off if Potter had opted for a back three, with Naughton slotting in as a right-sided defender with Roberts as a right wing-back, but the youngster replaced Asoro on the right wing in a 4-2-3-1 system.

After the thrilling 2-2 draw, Potter explained his reasons for Roberts’ new role:

“We wanted to try to use that physicality to open up space for Bersant (Celina) and he did the job really well.

“He understood what we wanted him to do tactically and it’s another good step in his development.”

It has to be said, Roberts put in another excellent display in a more attacking role than he’s used to. Like Potter says, he gets up and down the pitch well and is more than capable of doing both sides of the game as he’s proved already this season.

Bersant Celina got the first opportunity to play in his preferred number 10 role and this benefited both himself and the lone striker Oli McBurnie. Celina assisted McBurnie’s opener and he had a great chance in the second half to win us the game with the scores at 2-2.

Leroy Fer’s first start also benefitted Jay Fulton who had some physicality alongside him and with the captain’s presence and Celina in his preferred role, the team had a bit more strength and balance about them.

A very promising and impressive performance and Potter again showed his tactical flexibility – something he got plenty of plaudits for in Sweden with Ostersund.