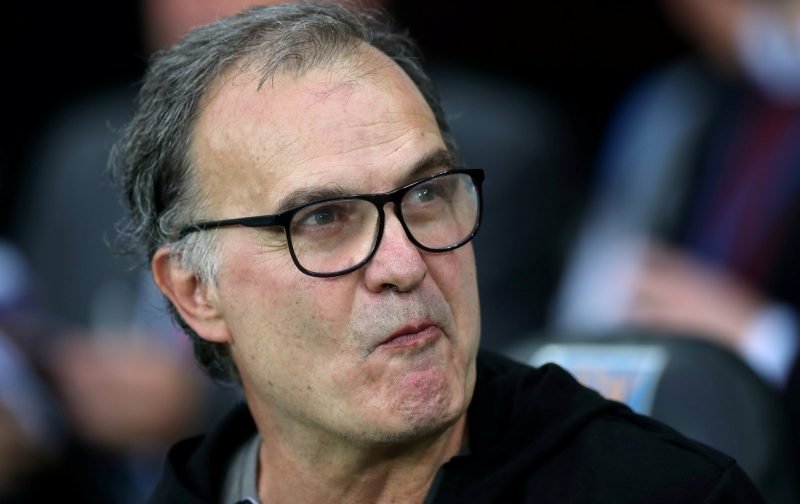 Leeds United boss Marcelo Bielsa gave his thoughts after watching his side’s winning start to the season come to an end after a thrilling 2-2 draw in front of a rocking full house at the Liberty Stadium.

Leeds, now top of the table with 10 points after 4 games, had put four goals past Derby away from home and eased to a 3-1 home win against Stoke City, so you could understand some Swansea fans’ worries ahead of the game after a tough goalless draw at Birmingham City on Friday night.

But the worries were soon eased after an excellent start from Graham Potter’s side. We dominated the early spells and Oli McBurnie gave us a deserved lead after 24 minutes following a good counter-attacking move that saw Barrie McKay feed Bersant Celina who slipped the ball inside for the striker to toe-poke the ball home inside the box.

On the first half, Bielsa said:

“We didn’t defend very well and this did not allow us to dominate the game with regularity. In the first half Swansea dominated the game.

“It took us almost 25 minutes to get into the game. After their second goal we had greater stability. After we scored again at 2-2 we dominated the game.”

The opening goal forced Bielsa into an early change as he replaced the already-booked Phillips for Baker – a surprising like-for-like change before the half-hour mark.

The goal sparked the visitors into life and equalised with five minutes remaining of the first half with the first real chance of the game. Olsson didn’t get tight enough on his left side and allowed a low cross to come in and Roofe was able to get in front of Naughton to easily pass the ball into the net from close range.

After a strong end to the first 45 from Leeds, the Swans picked themselves up after the break and their early domination led to another goal for McBurnie, just 6 minutes inside the second half. Olsson made up for his failure to stop the cross for the first goal by sending in an excellent cross near the corner flag, and McBurnie headed a superb effort over the goalkeeper and into the net. It really was a superb goal from the young striker that restored our lead.

Swansea’s pressure began to drop and it started to look like we were getting tired as we dropped back and almost invited Leeds to attack us, especially down our left side where we looked weaker. We lacked cover there. Fer’s substitution weakened us again and later Carroll was added in an attempt to add cover over on that side of the pitch.

Bielsa added that it was a “nice game to watch”:

“We have won this game and we have lost it too. It was a nice game to watch. There are some important aspects we have to correct.”

It was a very impressive performance from Potter’s young Swans and he too deserves credit for an effective game plan. He was bold with his substitutions late on by putting on both Asoro and Montero to force Leeds further back in the later stages. Celina also had a great chance to win it late on, but considering Leeds’ strong start and their obvious quality that was on display, it’s still an excellent result – especially when you consider that we probably should have won it.