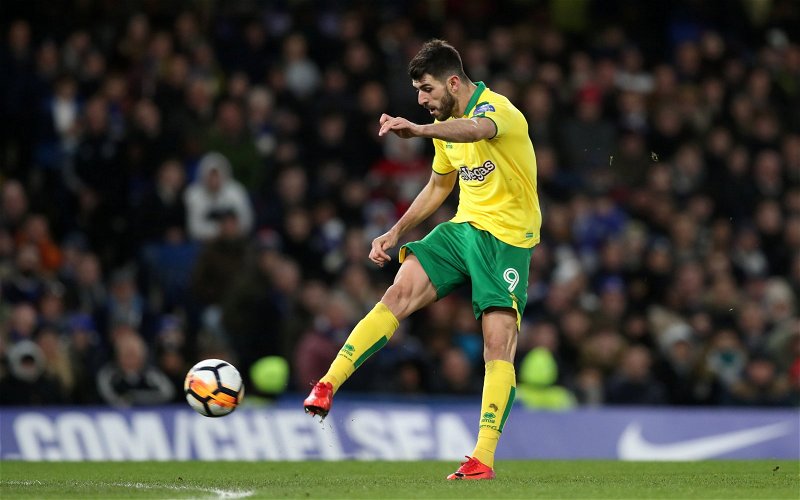 Nelson Oliviera would not be a man many Swansea City fans would like to see linked to the club.

The former Swans striker endured a difficult spell on loan at the club in 2015 which only saw him score one goal.

Since then Oliviera has spent 3 years in the Championship, scoring 18 in 93 appearances across spells with Nottingham Forest and Norwich, hardly the prolific record you would expect from a man capped 17 times by Portugal.

Despite this, there are many reasons why Nelson Oliviera could be a great January addition to Graham Potters squad;

Firstly, Nelson is a man who knows the league inside out and is a proven goal scorer at this level.

Sure, his loan spell at the Swans in 2015 was a failure, but Oliviera certainly has enough quality to improve this current Swansea city squad.

He may not have the greatest goal scoring record, but if Swansea could bring Nelson in on a loan or a free, as it’s been reported, he would provide Potter with a better backup option upfront, allowing Baker-Richardson to continue his development in the under-23s.

Secondly, it could be beneficial to the current group of young players to have a man of Nelson’s experience in the squad.

Oliviera has spent 7 years at Benfica, one of Europe’s biggest clubs, and also has experience playing for some of the bigger championship clubs in Nottingham Forest and Norwich City.

It’s been well documented that Oliviera has ‘attitude problems’ but if Potter could keep a lid on Oliviera’s temper, it may be a smart signing for the Jacks in which the rest of the squad would be able to gain from his vast experience.

Finally, if Nelson Oliviera was signed in January, he could provide some much-needed competition with Oli McBurnie and Wilfried Bony.

Swansea’s dip in form over the last few months has coincided with McBurnie’s goals drying up whilst Bony obviously has injury problems and looks destined to leave SA1.

Therefore Oliviera can give Potter another option in the squad and put a bit of pressure on our current frontmen to start scoring goals in order to keep their places.