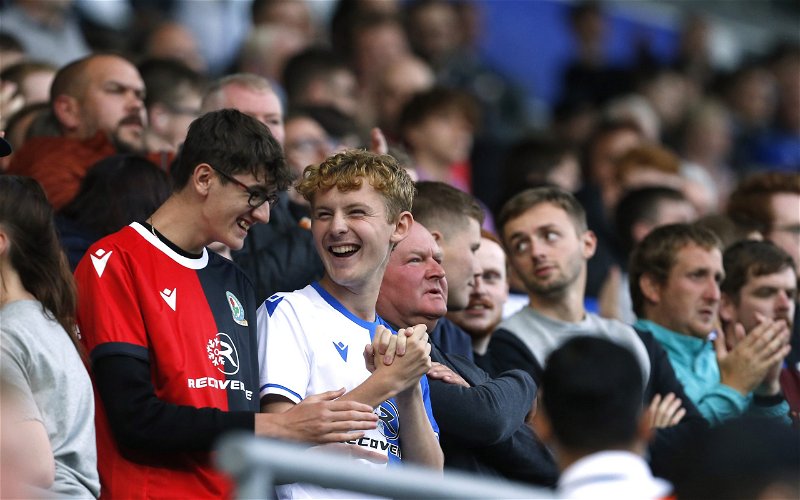 Blackburn Rovers fans were left frustrated with their side’s performance at the Swansea.com Stadium on Saturday evening as Tony Mowbray’s side failed to break through the ten men of Swansea City.

Russell Martin made defensive substitutions to defend a 1-0 lead courtesy of Obafemi’s 16th-minute opener and the promotion-chasing Rovers just couldn’t find a way through as the Swans showed a different side to their game.

“We could have played while midnight and not scored.” – Rovers fan

We thought we’d have a look at their message forum to see some of their reaction during and after the game and here’s what some of their fans had to say.

“We are making one of the worst teams in the division look like they know what they are doing. It’s so frustrating.”

“Never a yellow or sending off that. Lenihan has basically cheated to get him sent off. Holding his head when nowhere near his head.”

I think many Swans fans would agree about the cheating comment above, less so about us being one of the worst teams in the division.

“That was embarrassing. The sending off was the last thing we wanted. After that it was all ten behind the ball and they shut up shop. Whilst they had 11 out there we had a chance of catching them on the break. After the sending off there was no chance. We could have played while midnight and not scored. The goal we conceded was poor, all of Wharton, Kaminski, and the left back have to sort it out between themselves.”

“Up a man and playing backwards and sideways. Going down a man was the best thing that could have happened for the swans”

In hindsight, it probably was the best thing that could have happened. A blessing in disguise possibly. We were no longer vulnerable from our own possession nor were we vulnerable to the counterattack after Manning’s second yellow card early in the second half.

“Even a point wouldn’t do here for me, Swansea are poor and it’s the easiest fixture this month..2nd place a pipedream, let’s get playoffs and try go up from there”

I can understand their frustration. A number of managers have spoken out about how they’ve fancied getting points against us this season, most likely due to our defensive vulnerabilities and they must have been pretty confident of a win at our place, especially given their form and keeping four cleansheets in five in 2022.

“So so frustrating. Swansea are utter shite. Desperately tried to hand us goals and we couldn’t take advantage. In the end ironically the fact they went to 10 men didn’t help our cause as it meant they didn’t mess around with it at the back and we had all the ball and couldn’t counter attack. Devastating loss.”

Real lack of quality. Lack of any kind of idea as to how to break a defence down. Lack of a true striker who would surely have got the run on the defence to Giles’ near post early crosses. To be honest, not too many positives today. Our Achilles heel is what it’s been for a while now, – once we go behind we struggle and our deficiencies come to the forefront.”

That’s the Rovers fans’ view, but what did you think Swans fans? You can leave us a comment below or get involved in our Message Forum here