Sending off a blessing in disguise?! Mowbray unprepared against a low-block 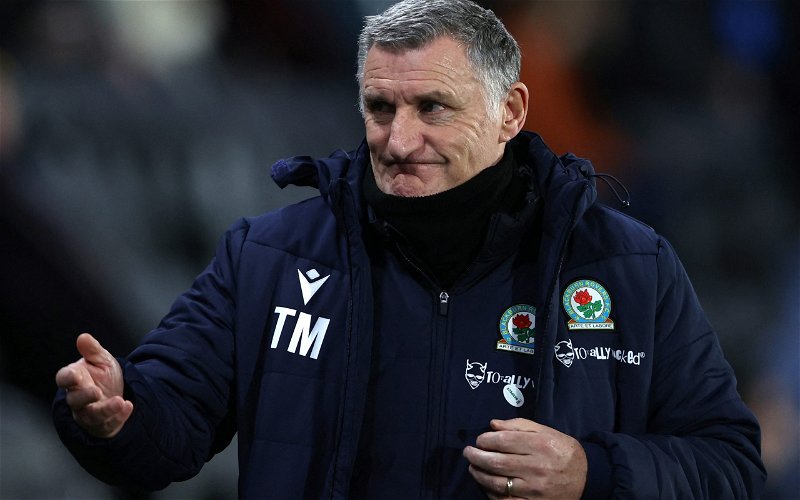 Blackburn Rovers manager Tony Mowbray gave his detailed assessment of the game as they failed to find a goal against ten-men Swansea City.

Mowbray told the Lancashire Telegraph how his side struggled against the low-block of the Swans who were forced to sit deep in a defensive shape following Ryan Manning’s sending off after just 52 minutes.

“The game, until the sending off, went as we thought. I thought we created some chances on the back of their possession.

“It was a disappointing goal, we don’t lose goals like that generally, a diagonal ball into the box and I think the goalkeeper should have taken a braver starting position.

“We should have defended it better and we have, we have had a lot of clean sheets and they are very disappointed with the goal we lost.

“The game changed and it felt as though we had a young team out there.

In the first half, Blackburn had a lot of fortune by forcing the Swans into their characteristic mistakes in their own defensive third. Trying to play the ball out from the back in tight areas but Rovers were able to regain possession in these areas and cause problems. Luckily for us though they weren’t able to capitalise enough as we held on.

Ryan Manning has been given his marching orders for a reckless attempt to control a high ball 🔴 pic.twitter.com/xJHcyETuJi

Mowbray also added how his side found it difficult to play through a deep block.

“The game changed and it felt as though we had a young team out there.

“There was a naivety of not knowing how to break through a deep block, yet we did create chances.

“Lenihan should have scored, like Buckley’s first half chance, he had an almost open goal that he should have put the ball in the net.

“It wasn’t to be. It felt a little bit like it wasn’t going to be our night. We needed to be more clinical when the chances came, we should have had a few goals.

“It became difficult against a deep block against a team not trying to score a goal, they were trying to keep a 1-0 lead. I don’t know how many efforts or crosses we had, but credit to them, they fought really hard and showed they were playing with intensity for their manager and team.”

He called it naivety but they did start looking rather one-dimensional in their attacking play. They were constantly trying to get the ball wide to their new loanee signing Ryan Giles to send in some difficult crosses but the likes of Bennett, Downes and Cabango were able to deal with them all pretty well.

Mowbray also gave credit to Swansea City for holding on for the victory:

“I say to them every week, they’re a brilliant bunch of lads, they run their socks off, they’re devastated in there, but their shirts are wringing with sweat, they’ve all worked really hard and try and get a result.

“We never managed it, credit Swansea for digging in deep but it’s not about the games we lose.