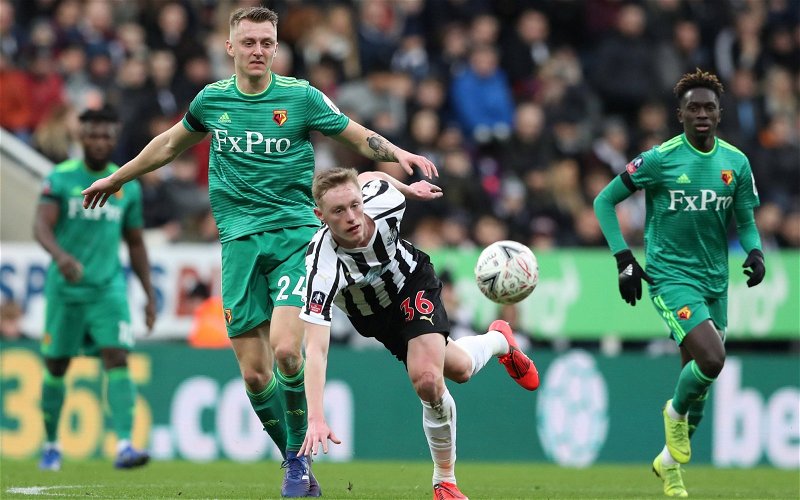 Just hours after confirming the appointment of a new Head of Recruitment – Andy Scott, Swansea City are expected to confirm the signing of Watford defender Ben Wilmot on loan.

The player was at our training ground on Wednesday ahead of the move which is expected to be confirmed within the next 24-48 hours.

The 19-year-old can play at centre-back as well as a defensive midfielder. A physical player and confident in his ability, despite his young age he’s someone who looks beyond his years with excellent maturity and positional sense. He also spent time on loan in the Italian Serie A last season at Udinese playing in 5 games and is a player that would offer excellent cover both in defence and in midfield.

A player in a similar style to Fulton as a defensive midfielder, he’s not afraid of pressing and getting stuck into challenges but he also has good distribution skills, often looking to progress the ball forward from the back when playing as a centre-half.

Further to earlier report from @reluctantnicko about Swansea interest in Watford’s Ben Wilmot, I’m told the deal is virtually done. Wilmot was at Fairwood today & Swansea are set to confirm his loan tomorrow. From what I hear (not what I’ve seen) he could be an excellent addition

Ben Wilmot looks like he'd be an excellent signing for us. 19 but ahead of his years, confident and physical, capable of playing at CB or DM. Useful experience in Italy last season. Would suit Cooper's pressing game well if played at DM. Decent range of passing too.

Swansea City are also thought to be following Chelsea youngster Kasey Palmer with rumours suggesting that we’re the front runners to sign him on loan. Elsewhere, Jordan Ayew is expected to be close to completing a £2.5m move to Crystal Palace.