Cooper encourages players to spread out goalscoring duties this season 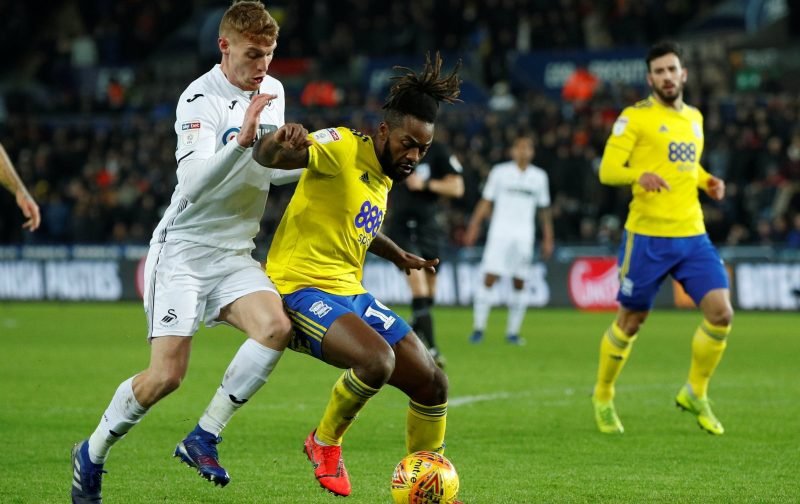 Swansea City manager Steve Cooper has encouraged his players to spread out the goalscoring duties this season as he hopes to take off of the main striker Oli McBurnie.

Top goalscorer last season with 22 goals, the Scottish international netted 34% of the 65 league goals we scored in 2018-19 and whilst I’m sure Cooper will want a similar return this year, he’ll also be looking for others to chip in too.

Bersant Celina was one player mentioned as being one who could contribute more and the attacking midfielder himself as admitted he needs to offer more of a goal threat.

Surprisingly, since the 2-1 friendly win against Mansfield Town, Jay Fulton is our top goalscorer so far with 4, just ahead of Celina’s 3.

“We have challenged more players to get on the scoresheet this year, we need numbers of goals from all over the pitch and not just our number nines,”

“To do that you have to be in the position to score, and Jay has done that. His goal in midweek was like the one at Yeovil, but every bit as pleasing was the fact he got in good attacking positions again and again.

“That’s what we want to do with our midfield players, to have an effect at both ends of the pitch, and Jay has been showing that.

“He [Fulton] is showing he can play at both ends of the pitch and he will get the encouragement from us.

“If he can keep putting them in the top corner then he needs to keep doing it!

Talk of the need to get more goals from other players other than McBurnie coincides with strong reports that Sheffield United are expected to sign Oli for £18m, with add-ons taking the fee to our £20m valuation – if they are triggered.