Some Fans Want Potter To Reduce The Constant Team Changes And Find His Strongest Team – Are They Right? 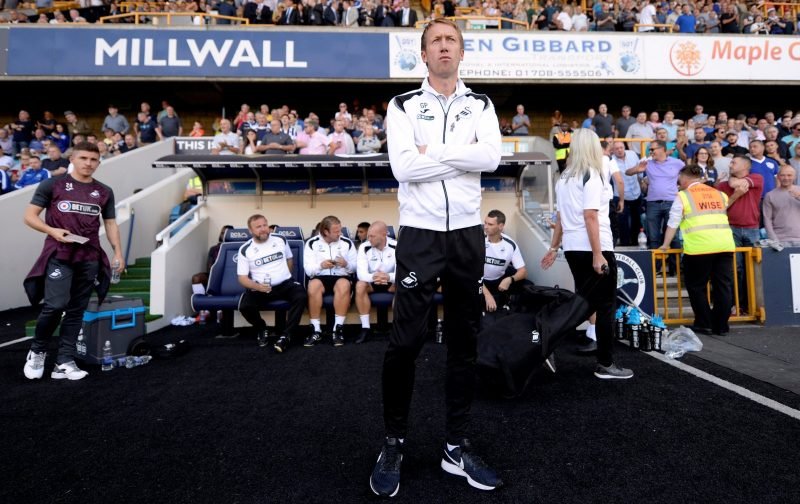 After last Saturday’s 3-2 home defeat against Ipswich Town, some Swansea City fans’ reactions focused on Graham Potter’s constant team changes and how he needs to now focus on establishing his strongest line-up and formation and make smaller tweaks here and there.

We mentioned in an article recently here that the manager is going against the orthodox standards and ‘rules’ in football management. ‘Consistency is key’, ‘establishing your strongest system and line-up’ – so the players fully understand it and ‘if it ain’t broke don’t fix it’ are some of the clique rules that Graham Potter simply doesn’t live by.

You could say that his methods and approach to football management are very different to what we’ve been used to in the past and the vast majority of fans have welcomed it with open arms and find it refreshing, to say the least. And even those fans who are now questioning his constant habit of making changes for every game are still big fans of the 43-year-old but some of them do wonder if constant tinkering is having a knock-on effect.

As far as I can tell, this reaction has largely come about following his decision to change his starting goalkeeper. Kristoffer Nordfeldt was unfortunate to pick up an injury earlier in the season that allowed Erwin Mulder to come in and prove himself. He came in and kept 4 clean sheets – producing some superb performances along the way and you wondered how Nordfeldt would ever get back into the first-team with Mulder in such excellent form.

However, Potter sprung yet another surprise with his starting eleven choices by swapping out Mulder and bringing back Nordfeldt for the trip to Wigan, that ended in a goalless draw. The Swede did make a superb save to deny what looked like a certain goal in a one-on-one situation but his distribution out from the back was heavily criticised by fans on social media. Not only his distribution either but many supporters said that they’d be more comfortable with Erwin Mulder back between the goalposts and I agree.

Nordfeldt then kept his place for the following game at home against Ipswich Town and it was a game where all three conceded goals saw questions asked about whether or not he could have done better to keep the ball out.

I must admit, after 13 games, this is the first time that we’ve really been left baffled by a decision from Graham Potter. Before, we’ve mostly gone along with his decisions and even joked that he could name the pair of them in the team and we’d go along with it! 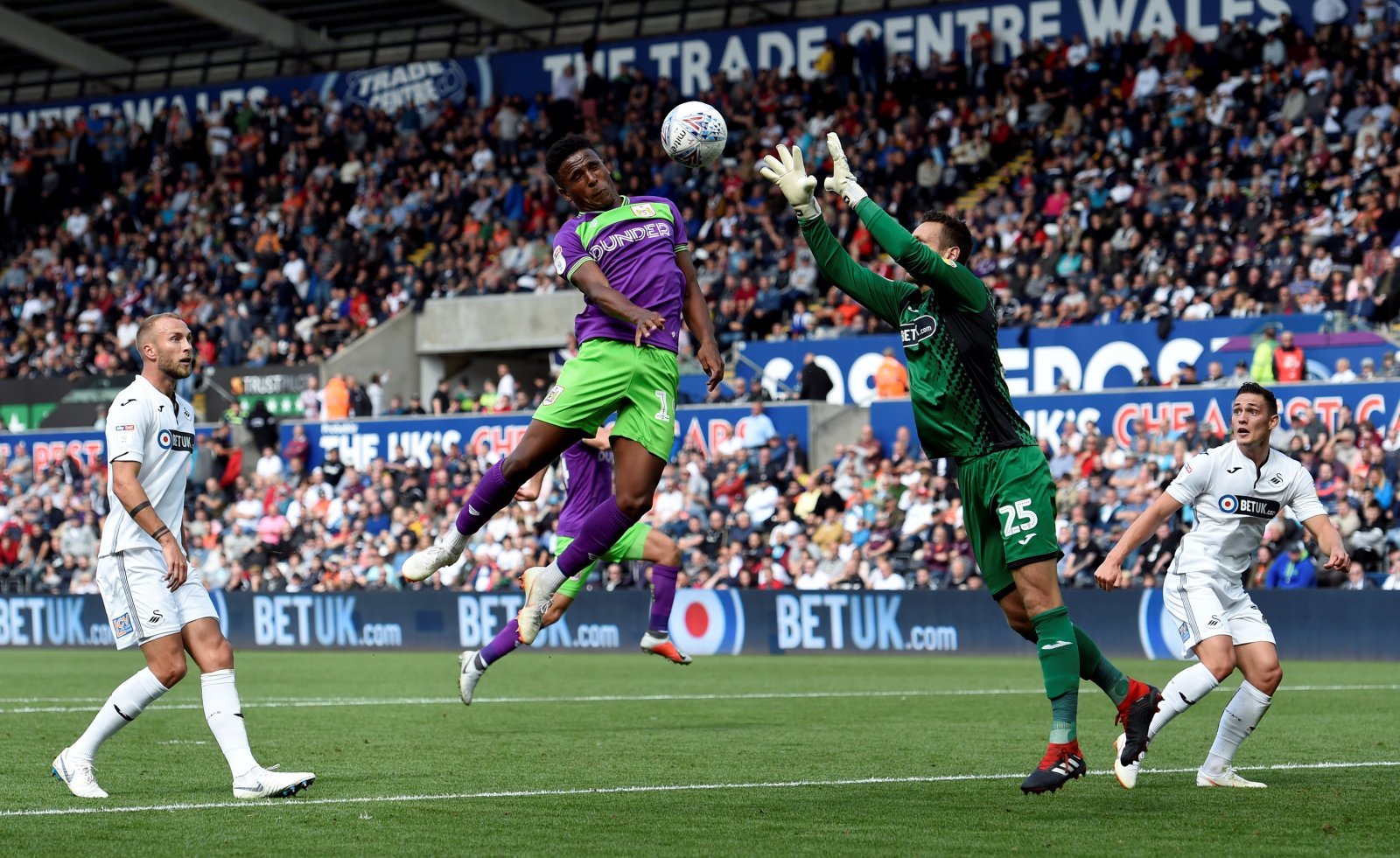 But goalkeeper changes are very rare in football. Only if the goalkeeper is literally losing games do you see goalkeepers dropped. Usually, teams have an established number 1 goalkeeper with the backup shot-stopper waiting for his chance in the cup games or through injury.

In Potter’s defence, he could argue that he’s simply restoring his number one goalkeeper back into the team after returning from injury, but we’ve seen that – distribution aside – Mulder does appear to be far more capable with his hands – and at the end of the day that is their key skill.

Unfortunately, due to the second international break of the season, we’ve got a bit of a break to see who starts in goal in the next game, and I’d expect that most of us will be hoping to see Mulder deservedly back his place back after a good run of games during Nordfeldt’s absence.

The debate about Potter’s changes wasn’t only centred around his goalkeeper choices but also his game-by-game personnel and formation changes.

Could go Fer with Fulton for teeth, Carroll for attack / playmaking, Grimes / Naughton for a balance of attack and defence. I love the way GP rotates, which is why I'm less upset about Woods – the more key players, the less rotation, the stiffer the system, the easier to counter

Not only formations, but you might as well have given up in attempting to predict his line-ups as well because they’ve also produced some surprises too.

The only two established positions in the team are the centre-backs of Joe Rodon and Mike van der Hoorn – with the Stoke game aside as loanee Carter-Vickers replaced Joe Rodon. That was likely a rest for Joe as the youngster was quickly re-instated for the next game.

At fullback, Connor Roberts and Kyle Naughton have sometimes swapped roles down the right. On the left, Matt Grimes, Martin Olsson and Declan John have all been utilised.

I think we should play Baker-Richardson up front and McBurnie behind him. James/Montero on the left and Richards/Asoro on the right wing. Carroll and Celina to pull the strings in the midfield. Fer, Fulton, Grimes subs. Olsson, Rodon, Hoorn, Naughton back four. Mulder keeper.

Sorry disagree. Too many changes no player allowed to settle in.

Mulder first definitly done nothing too be dropped. I just think we are making too many changes. Players need to. Ed in we are not allowing it to happen especially in midfield. Plus no other option up front. Where was the option

In midfield, well where do you start. In the centre, Jay Fulton, Matt Grimes and Tom Carroll are the most common choices – plus of course Bersant Celina – but he’s often played wide rather than in his preferred number 10 role – a position that striker Oli McBurnie often takes up.

On the flanks, Potter hasn’t seen an awful lot yet from the likes of Barrie McKay and Joel Asoro. Dan James was superb against Ipswich and gave Potter some food for thought during the international break after some indifferent displays earlier in the season.

Wayne Routledge and Nathan Dyer have only briefly featured in recent weeks. They were back involved at Stoke in the starting eleven but were soon not even on the subs bench, so again, you really don’t know what Potter will do with his line-ups game by game.

With such a young squad and a busy schedule in the Championship, can Graham Potter afford to establish his strongest side and stick to it?

I’ve been a big fan of his constant changes in every game. He keeps everyone guessing, especially the opposition and that’s key and not something to be under-estimated. Potter’s Swans must be a nightmare at times to analyse pre-match. We’ve even recently switched to a more possession-based keep-ball style which was a long way from the football we produced at places like Sheffield United and Birmingham.

Despite making sometimes 5, 6 or even 7 changes to his team, it doesn’t seem to affect the players and they always look like they know their jobs and execute the game-plan well. Some of the players are in and out of the team most weeks and while we might think on the outside that that must be frustrating for them, we’re seeing no signs of that yet.

Personally, I’d like to see Potter carry on as he is, he’s doing a great job so far and the football has been brilliant to watch, although I will say that he does need to stick with Erwin Mulder in goal!

I would try to work out what my ‘best team’ is for the Swans but I honestly don’t know what where to start. The likes of Barrie McKay and Dan James have shown glimpses here and there. James was superb last weekend but can he keep it going? Would he suit certain teams in this division? There are so many questions and factors to consider. Connor Roberts and Kyle Naughton – who’s best suited where? Should Olsson be back as a regular – allowing Matt Grimes to compete with Carroll for a place in midfield? Who starts regularly on both flanks? Are we best in a 4-2-3-1?

Give it a go if you want – it’ll be interesting to see your choices below in the comments section!

One Reply to “Some Fans Want Potter To Reduce The Constant Team Changes And Find His Strongest Team – Are They Right?”