Young Swansea City Winger ‘Came of Age’ Today – “He Was a Like A Welsh Montero!” – Our Top Performer in Disappointing 3-2 Defeat Against Ipswich Town 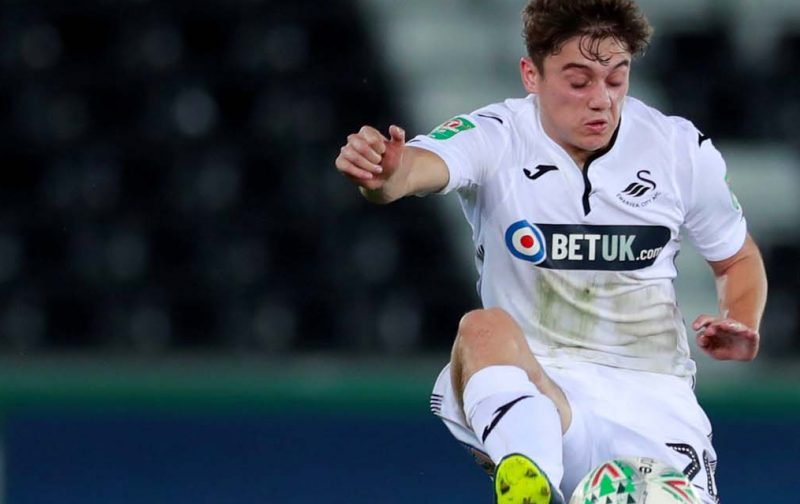 20-year-old Swansea City winger Dan James produced a superb performance in today’s 3-2 home defeat against Ipswich Town as the Tractor Boys got their first win of the season.

It was a game that Graham Potter’s side dominated from start to finish, but despite having 74% possession, 18 shots and 726 passes, they still lost and conceded 3 goals.

There were some positives though. Some of the football that we played was great to watch – particularly the build-up to our second goal which started near our own goal line. The ball was quickly moved up through the pitch before Celina found space to arrow home a great low shot in the bottom corner against his former club.

But the clear top performer on the day was Dan James down the left flank. It seemed that every time he picked up the ball he had space to run on to and beat his man. He won all four of his attempted take-ons, made 3 tackles and had 82% possession including 2 key passes. 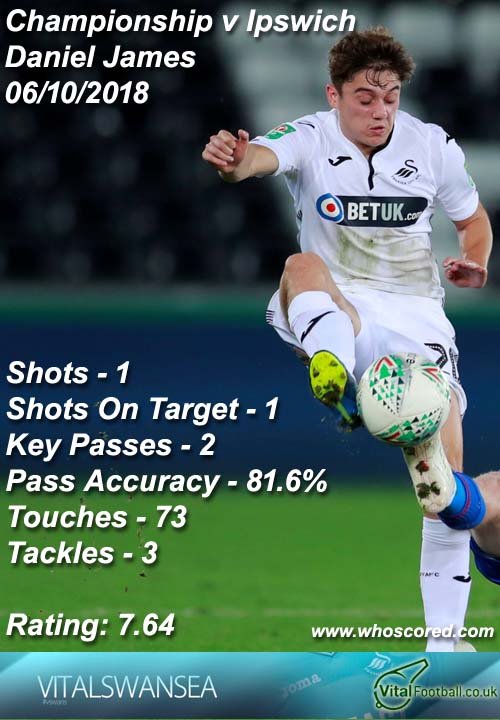 Dan James was like a Welsh injury free Montero #Swans

I think Dan James came of age today. That was the big positive. Three points dropped though.

Dan James will wonder how he is on the losing side here. Should have had 4 assists.

Then we have Nordfeldt and Asoro, neither of which should be seen again in a Swans shirt until hell freezes over.

Swans created more chances today than we have all season but somehow lost. Not great at the back for once but still positives to take from the game, especially Dan James, who was awesome from start to finish. Disappointing result and one or two lessons to learn.

Dan James today was like Montero running direct getting at the opposition and putting some gorgeous balls in. He really excited me

Dan James was outstanding today. Didn’t deserve to be on the losing side. If that performance is anything to go by then he’s going to be a big player for us this year ????????