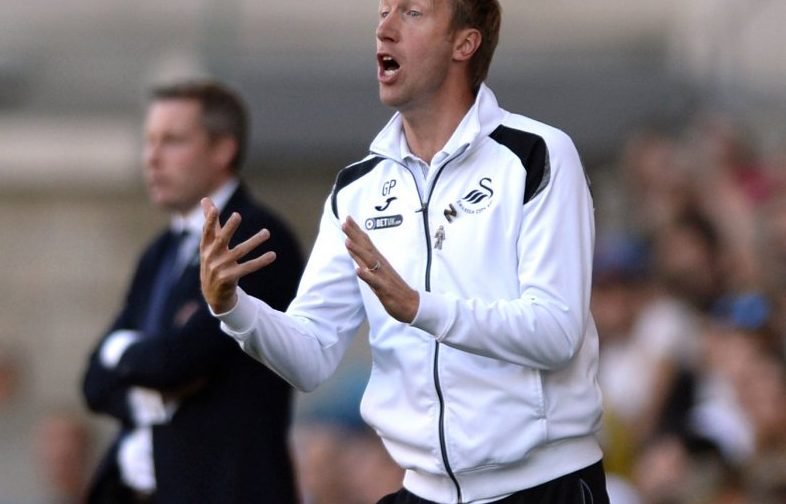 Swansea City manager Graham Potter has already proven to be a very flexible and adaptable football coach who doesn’t appear to follow the standards many others follow.

Standards such as an established first-team, a favoured formation and style of play – consistency being the key but it’s almost as if the 43-year-old has torn up the football manager textbooks and instead he’s doing it all his own way – the Graham Potter way.

Does he know his strongest XI? Does he need to know? Does he have a preferred formation with this particular group of players? He doesn’t appear to as he’s already used four different systems already.

He’s chopped and changed things around pretty much in every game so far and some managers would be questioned as to whether they know exactly what they’re doing. We all remember – and would rather forget Bob Bradley’s brief spell here and how he changed things every game without a first clue of what he was trying to do. Potter has done the same but it’s so obvious that his coaching abilities and his skills in getting information across to the players are far superior in every way.

So far, Potter has shown excellent flexibility and tactical nous. He’s adapted his tactics for each game and he’s been quick to drop certain ideas that just haven’t proved effective. That’s now his own fault. He wanted and did adopt wingers to play a high line earlier in the season – playing quick and direct balls to these outlets to create quick counter-attacks. But with the form of Barrie McKay barely lasting two games – Asoro too and Montero’s injury – Potter has quickly switched things up.

The narrow 1-0 loss away at Stoke City when we were coincidentally up against Ryan Woods – a player we targeted to help us implement a possession-based game – saw us adopt that style of play in its true form for the first time this season. The performance saw us achieve over 80% passing accuracy for the first time this season, as well as almost 500 attempted passes.  We then went on to achieve higher numbers in each of the three following games.

Possession is also increasing steadily since that Stoke game. Prior to the Stoke game we’d only managed 50%-plus possession in two games out of 7, but now we’ve achieved that in each of the last three matches.

At Wigan on Tuesday night, the Swans produced arguably their best 45 minutes of football this season but whilst their defensive performances are spot on, they still need to show big improvements in front of goal.