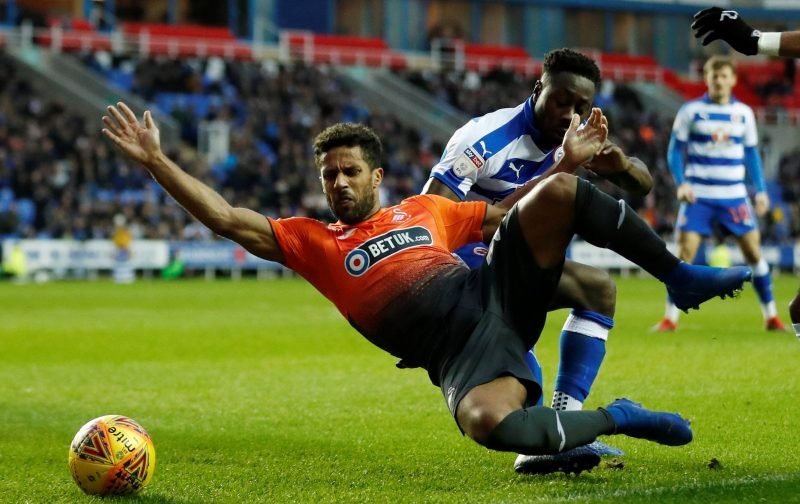 Swansea City attacker Wayne Routledge has insisted that he wants to stay at the Liberty Stadium next season but says that he has yet to hear anything from the club regarding his future.

Whilst his “priority would be to stay”, the 34-year-old has also revealed that other clubs have contacted his agent to register their interest in the player who is available on a free transfer next month.

“My priority would be to extend my stay in Swansea as Swansea holds a special place in my heart and the heart of my family, but I have yet to hear anything from the club.

“I have loved my time at Swansea with some great memories along the way and the fans have been great to me.”

Questions were asked during the first half of the season as to why he and fellow winger Nathan Dyer weren’t featuring in the matchday squad and Routledge went some way in to revealing the reason for their absence. While the manager, Graham Potter simply put it down to footballing reasons, Routledge said that he “reached out to the club” to “waive a clause in his contract” – which allowed him to play. He has been ever-present in the last few months, contributing with three goals and two assists in his last 8 games.

“I would like some clarity on my future as my next decision is arguably one of the biggest of my whole career.

“I have do my best for my family and my family are really happy and settled in Swansea.

“When I was not able to be available for selection earlier in the season I reached out to the club to waive the clause in my contract to try and help the club and get back playing.

“I just wanted to play football and I feel since I have come back into the side I have performed well.”

After missing the defeat at @NFFC , Routledge has made 8️⃣ appearances, scoring 3️⃣⚽⚽⚽ goals and assisting 2️⃣????️????️ , averaging a goal or assist every 131 minutes in those 8️⃣.

Whilst other clubs have enquired about his availability already via his agent, it seems obvious that Routledge’s preference would be to stay with the Swans, he added:

“I feel I have proved I am more than capable of still doing a job for the side and still have a lot to offer.

“I know other clubs have been in touch with my agent to register their interest in me.

“But I am not thinking about that right now as all I am focusing on is Swansea City and I hope we can come to a successful resolution for all parties.”

Should the club offer Wayne Routledge a new contract? Judging from social media, the majority are in favour of offering Routledge a new deal but there are still a few who believe we should move on. A new contract would require the player to take a significant wage cut but that doesn’t appear to be an issue. He has certainly produced some excellent performances in recent weeks and personally I can’t see why we shouldn’t offer him another year.

Whether or not you agree or disagree with that, one thing I’m sure all Swans fans will agree on is that he shouldn’t be left in the dark and frustrated like Angel Rangel was, who joined QPR on a free last Summer.