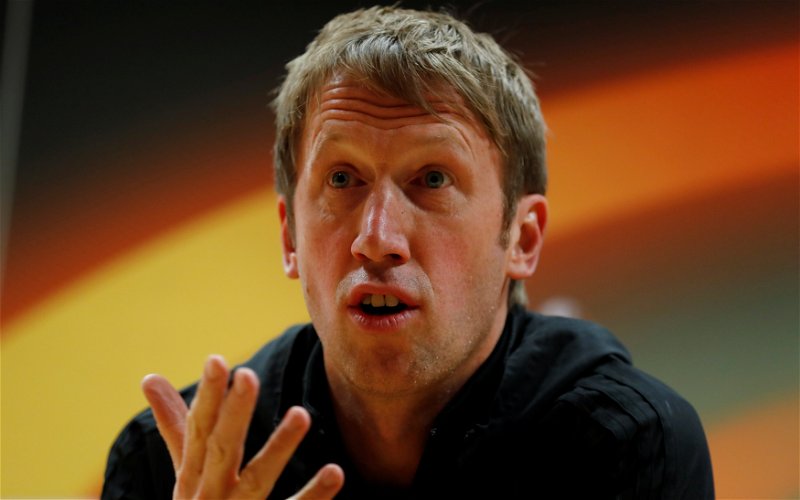 Graham Potter is preparing for his first competitive football match as Swansea City boss on Saturday as he takes his side to Bramall Lane to face Sheffield United in the evening kick-off live on Sky Sports.

The 43-year-old also gave his first pre-match press conference following his move from Sweden in the Summer, and he was mainly quizzed over possible transfers, with little focus on the season ahead and the tough opener against the Blades.

As you’d expect, Potter wasn’t willing to speak at any length about potential signings and players that weren’t his own. Alfie Mawson’s move back to the Premier League – with new boys Fulham has raised us another £15m, so you’d hope now that Potter and his new recruitment team can push through some more signings before August 4th’s deadline – adding to Joel Asoro, Bersant Celina and Barrie McKay.

Talking about those signings so far, Potter told Stuart James in an interview for the Guardian:

“We’re really pleased with the ones we’ve got. And we need to do more,”

It’s clear for all to see that we need to add to those players we’ve brought in so far. Like our manager says, we’ve seen 13 players leave so far (well, 11 so far), and with only 3 senior players brought in, there’s plenty of gaps in the squad that need filling.

“I think it’s 13 players that have already left and there is speculation that maybe more might leave,”

“[Leroy] Fer, [Sam] Clucas and [Wilfried] Bony aren’t available [through injury]. And we’ve signed three players for around £6m, so you don’t have to be a genius – there is obviously a restructure and a transitional period.”

Those players who have left this Summer incidentally are – fees aren’t official but reported:

There are 11 senior players there, so maybe Graham Potter is expecting another two to leave!? Or simply miscounted! He said (above) that more could leave. Jordan Ayew is wanted by Crystal Palace and talks are on-going as Palace want to include Jairo Riedewald as part of the deal, but the defensive midfielder is apparently not keen on moving down a division.

Elsewhere, Sam Clucas has been heavily linked with a £8m move to Burnley, so potentially the Swans could raise around £40m this Summer, and they’ve only spent around £6m – so there surely are some funds available to get players in. Key positions need strengthening, mainly in midfield and defence.

Potter’s most encouraging quote from his interview with Stuart James was this one:

“I’ve always been attracted to something that is about building and creating,”

It was a big decision for Potter to move away from his settled life and job in Sweden, not to mention a big risk too. The Swans have a history now of sacking managers and the last thing Potter wants is to be sacked prematurely because of errors and actions made that were out of his control.

You get the sense that things are somewhat different now though. Potter has his own recruitment in place and if the signings so far are anything to go by, then it’s definitely not the work of our chairman Huw Jenkins. Some may argue that they can be classed as bargain basement buys, but spending £16m on Clucas and £18m on Andre Ayew didn’t get us very far did it?