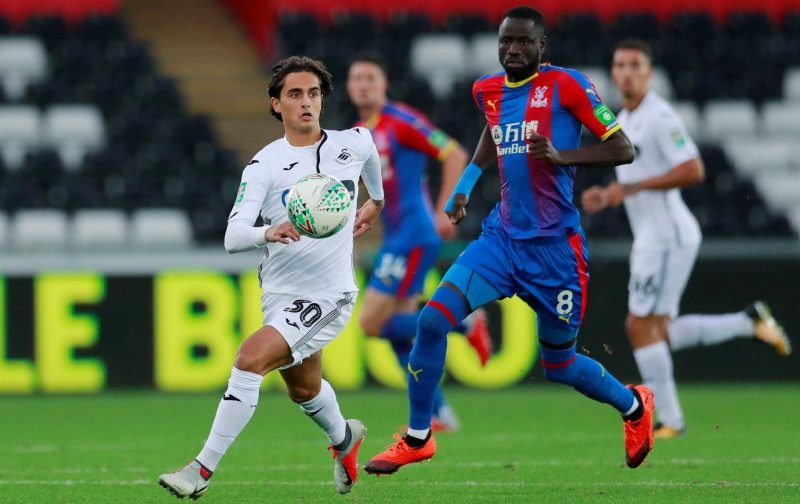 A young Swansea City side narrowly lost out against a strong Crystal Palace side 1-0 in the second round of the Carabao Cup in front of around 9,000 fans at the Liberty Stadium.

Despite Graham Potter’s side featuring a number of under-23s players, they more than held their own against Roy Hodgson’s men and could have scored before half-time if it wasn’t for some poor finishing in front of goal. Yan Dhanda was particularly impressive on the left wing, while Dan James had some great chances on goal but saw 2 or 3 efforts go wide of the target.

In goal, Kristoffer Nordfeldt returned following injury. In front of him, Cian Harries in particular impressed and there were also debuts for new signing Declan John at left back.

Tom Carroll started and played 75 minutes alongside Matt Grimes, so you wonder if the former Spurs man will be in the starting line-up on Saturday at Millwall.