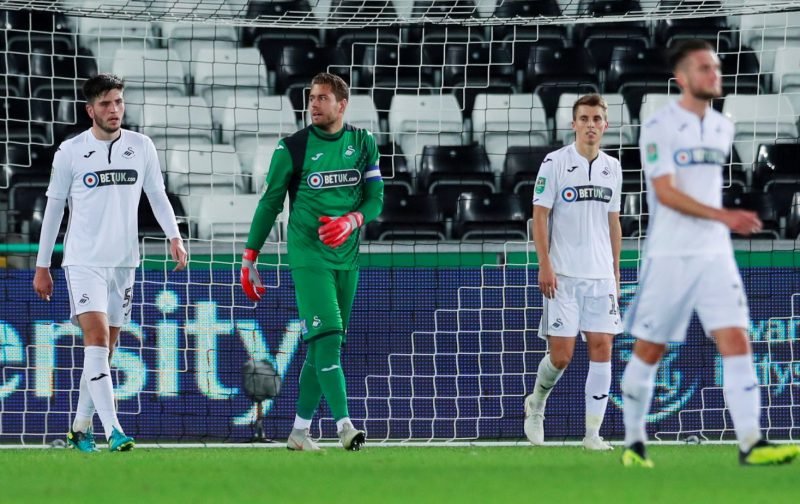 Swansea City manager Graham Potter will have been proud of his young side tonight after narrowly losing 1-0 against Premier League side Crystal Palace in the Carabao Cup second round at the Liberty Stadium.

Big changes to the line-up were expected from Saturday’s defeat given our limited squad availability and toe and hand injuries to McBurnie and Fulton respectively. With another game on Saturday, Potter saw tonight’s game as an opportunity to give some of the younger players a chance to impress and prove themselves as they aim to break through into the first team.

There were 10 changes in all, with Tom Carroll the only start to keep his place and having played 75 minutes, it makes you wonder if he’ll start his third game in 8 days on Saturday away at Millwall.

The Swans made a bright start to the game as they played their usual passing and patient build-up play. It’s what we’ve been used to when watching the under-23s and Graham Potter’s style suits them perfectly.

Similar to what we’ve seen with the first team so far this season, in the early exchanges, Swansea City were looking to quickly release the wide-men to get forward. Yan Dhanda, in particular, was impressive throughout the game, showing some very classy and confident touches. Not everything came off for the former Liverpool midfielder, and although he wasn’t playing in his preferred central attacking role but instead on the left, he showed plenty of quality with most of our better play going forward involving him and Dan James on his opposite flank. 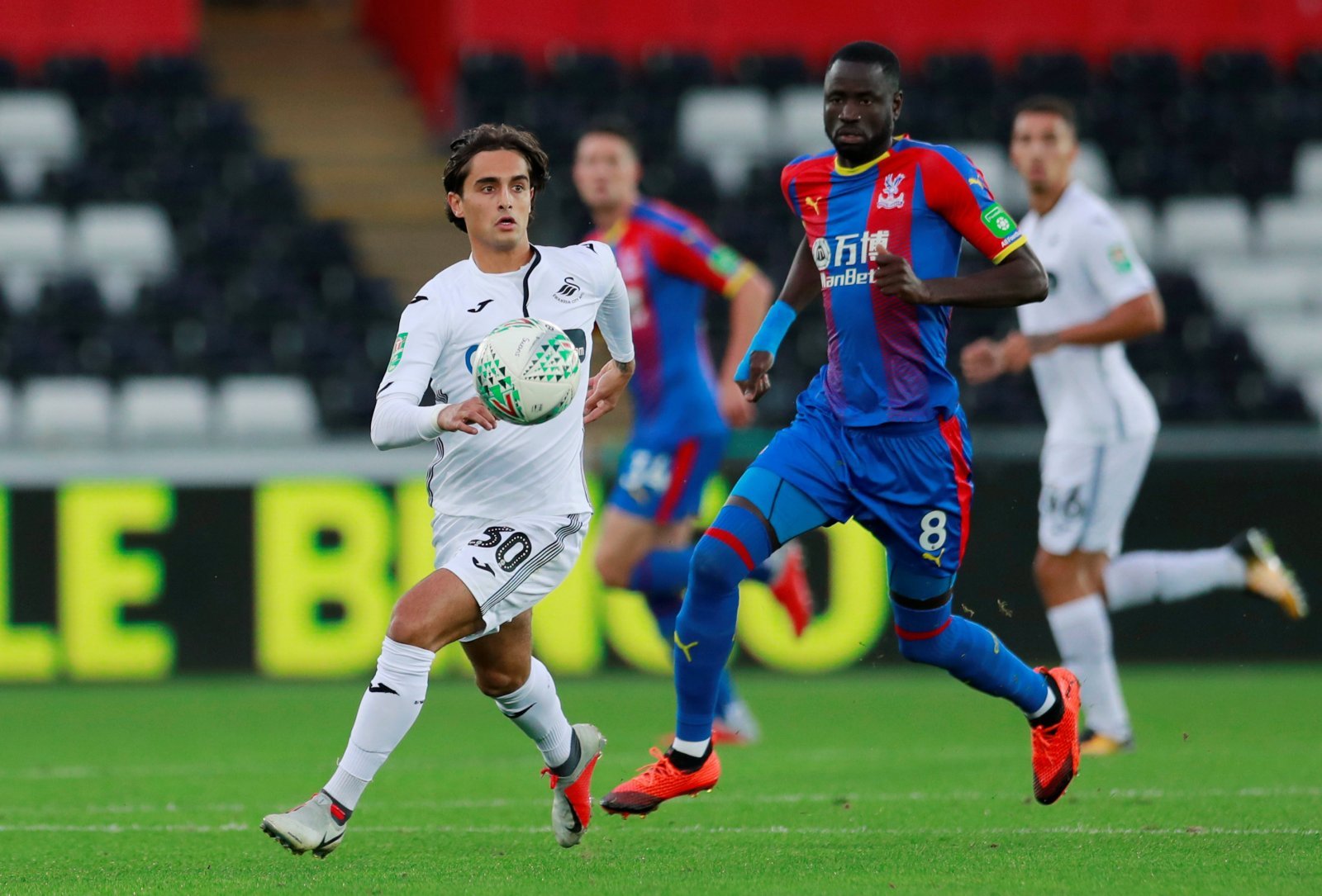 Crystal Palace began to grow into the game and caused some half-decent chances mid-way through the half. Norweigan striker Sorloth missed a heap of chances during the game – winning corners in the process – but he finally got his goal with 20 minutes left to play.

Yan Dhanda had a great chance to get another goal this season when he was sent down the left channel and into the penalty box after a quick one-two with George Byers. He did well to take the ball away from a defender and onto his left and in a shooting position but his parried away by the goalkeeper. With the ball now bouncing around in the box, striker Baker-Richardson couldn’t get a good connection and skewed a shot high and wide off target.

Baker-Richardson then turned provider as he sprayed the ball out wide – this time to the right, and it was the quick movement that gave Dan James a chance to run into space and on goal but his effort flew wide of the target.

In defence, Cian Harries was the stand-out performer. Capable of playing pacey and accurate first-time low forward passes as well as going longer to the wingers, he must be hopeful of getting some first-team chances this season at some point although he’s probably fourth choice now following the loan arrival of Carter-Vickers from Spurs. 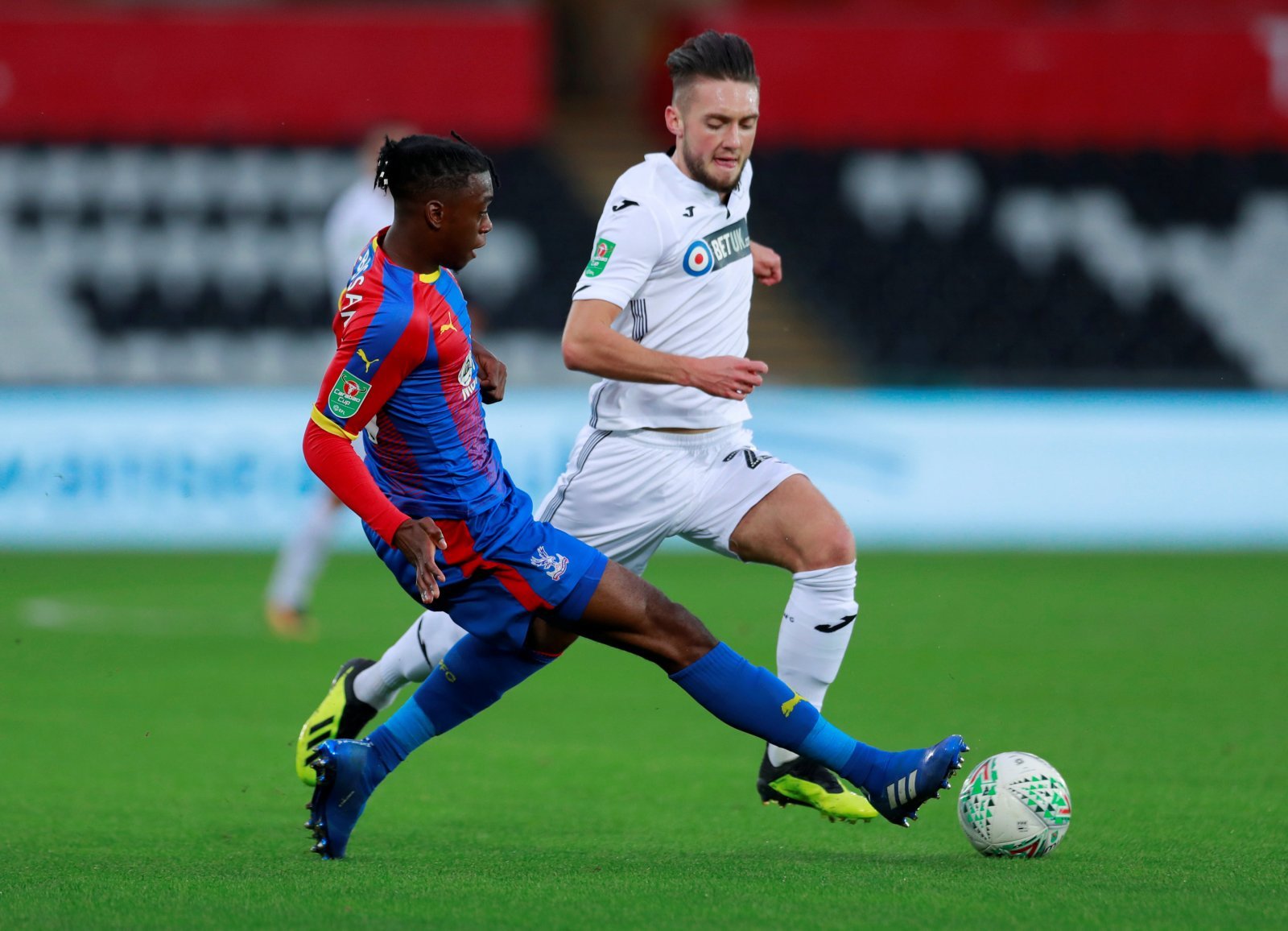 The Swans started the second half off promisingly but after a couple of missed chances, one involving Dan James again, Palace came back into it again and their all-important goal came against the run of play. The ball was played into Sorloth low and diagonally from their left side rather easily. With his back to goal, Harries couldn’t get a tackle in and he was able to turn and lift the ball over Nordfeldt from short range.

Potter made substitutions shortly after the opening goal. Tom Carroll and Baker-Richardson were replaced by Asoro and Cullen but Palace’s lead never really looked under threat in the final 15 minutes.

It was an impressive 94 minutes from such a young and inexperienced side. They were up against a talented Crystal Palace and did very well to hold their own last 70 minutes before conceding. They also created some good chances themselves and there were some very promising performances from the likes of Dhanda, James and Harries.

Declan John made his debut at left back and while he did get up and down the flank well to help in attack and get back to defend, I’m not sure if he’s quite ready to compete strongly with Martin Olsson for that first-team spot. Yan Dhanda showed he can compete for a first-team place for sure and Matt Grimes has potential to compete for a midfield spot with Tom Carroll. Baker-Richardson also battled well and will be gutted not to have taken that chance in the first half but like John, for me – he doesn’t look like he’s quite ready yet to offer an option from the bench.

How did you see tonight’s game and the performance? Which players stood out for you? Let us know in the comments below.