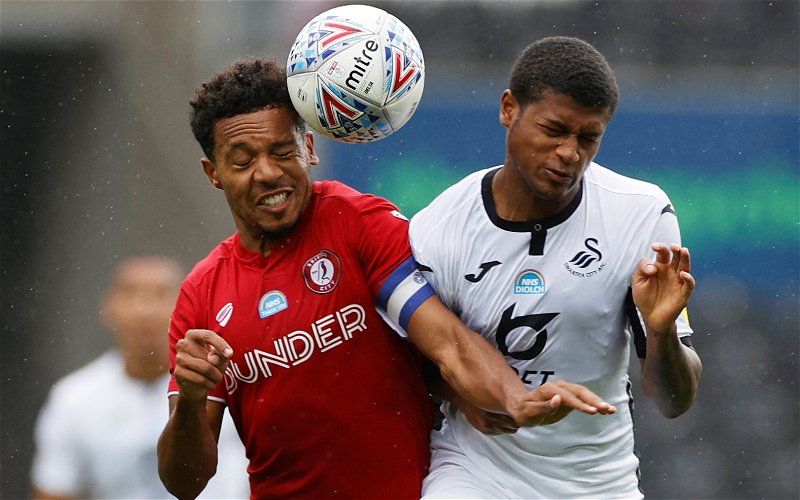 The Norwich City academy graduate put pen-to-paper on a two-year deal after failing to agree terms with the Robins’ hierarchy.

Smith brings the experience of 173 Championship appearances to Steve Cooper’s side – a component that the Swans’ gaffer was desperate to add to his squad this summer. Smith is a natural leader, too, and has worn the captain’s armband on a number of outings. Swansea have clearly acted quickly to get their man and are said to have beaten Norwich, Nottingham Forest and Cardiff City to Smith’s signature.

The ball-winning midfielder made his debut for Norwich as a 17-year-old in 2009, and went on to be a regular for the Norfolk outfit in their 2009/10 League One promotion campaign. And Smith achieved promotion again in 2010/11 as Norwich joined Swansea in gaining a place in the Premier League.

Smith will provide tenacity, energy and bite in the midfield, and should give Grimes more creative freedom and space to move forward.

However, upon their first campaign back in the top-flight, Smith struggled for game time and subsequently spent time on loan Barnsley, Yeovil and Oldham in the three seasons that followed, before being signed permanently by Steve Cotterill and Bristol City.

Smith went on to spend six seasons in the southwest before his time came to an end this August. He went on to claim cult hero status amongst the Robins’ faithful and many were both shocked and saddened to see him leave.

The common opinion is that Smith was let go so that young midfielders such as Liam Walsh and Wales international Joe Morrell could develop and break into the first-team, although this is a notion that many disagree with.

The one notable concern about the signing is that Smith has had his struggles with injuries in recent times, which have meant that he has featured just 28 times in the last 2 seasons. Both club and player will hope that these troubles are behind Smith and that he can now crack-on and make himself a regular and fans favourite in a Swansea City shirt.

The main question from fans who haven’t seen much of the newcomer is, ‘how will he fit into the squad’? Well, he is a central midfielder and will provide competition for Jay Fulton and George Byers in the battle for the starting spot next to the ever-present Matt Grimes in midfield. When fully fit, the Hertfordshire-born midfielder will provide tenacity, energy and bite in the midfield, and should give Grimes more creative freedom and space to move forward.

And, with Swansea strongly linked with a loan deal for Manchester United youngster James Garner, there will certainly be major competition for places in the centre of the park for Steve Cooper’s men.

All in all, we feel that this is a shrewd, savvy addition to Swansea’s squad – and is a signing which provides many things that Swansea were lacking last season.