On this day 6 years ago: A memorable day at Wembley 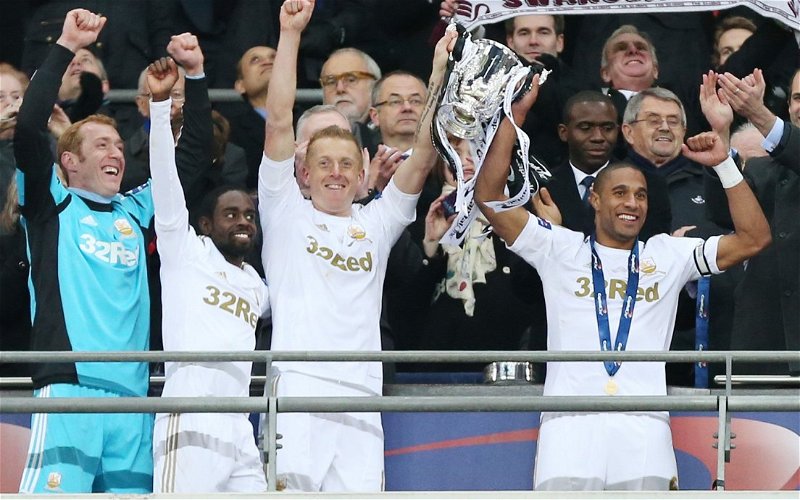 Six years ago to the day, Swansea City won their first major cup as Michael Laudrup guided us to an unbelievable League Cup Final win at Wembley, beating Bradford City 5-0.

How times have changed since then.

It was our second special day out at Wembley in the space of just less than two years after scoring four goals in the Play-Off Final against Reading.

After beating Barnsley, Crawley Town, Liverpool, Middlesbrough and Chelsea, Swansea City took on League One side Bradford in the final who had beaten Arsenal on a penalty shootout and Aston Villa on their road to Wembley.

Laudrup’s silky Swans proved to be on a different level to Bradford on the day, scoring four goals within the first hour with Dyer and de Guzman both netting braces in front of 82,597 fans at the new Wembley Stadium.

Relive that special day below: