A huge Summer Coming Up For Swansea City 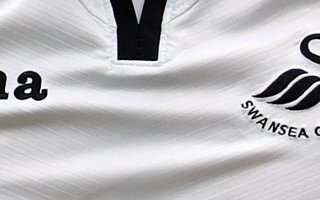 I’ve seen a number of tweets recently from Swansea City fans who are wary of next season and how important and how much work is needed in the Summer transfer window.

A trend is emerging, I say emerging, it has emerged, and it is now on-going. That trend of having to replace managers after struggling at the start of the season, and hoping the next man in can keep us in the Premier League. Repeat that since Garry Monk was sacked in December 2015.

Swansea fans don’t want yet another repeat of that. The pattern needs to stop, but confidence levels of the board at an all-time low, you can’t blame them for having serious doubts about the near future.

I really fear for next season. If you count the dead wood that needs to go , Players loaned out and those still here, plus Ki likely to leave and 2 loanees leaving, serious work needs doing in the summer window. And who’s confident of us doing good business then?

Looking at our most recent finances, the Swans still rely heavily on tv money and the sale of one or two player assets to return a small profit. Gylfi Sigurdsson’s £45m sale to Everton as an example meant that we made a £13m profit, rather than a £27m loss if we had kept him.

The club and its American owners are desperate to make more money commercially. Only Watford rely more on TV money and with match day income falling by £7.4m, adding extra commercial revenue is a must to sustain Premier League football.

The Americans may try to convince us that we no longer need to be a ‘selling club’, but the finances still say different – very different.

We don’t have as many player assets as we once had. Alfie Mawson could attract a big fee, particularly if his England kicks off. Fabianski may also be a target but it’s doubtful whether he would come close to the fee that Mawson may go for in the future. Jordan Ayew is the only other I can think of, and again, a lot of what he’s done has gone under the radar, probably because he wasn’t performing anywhere near to his current levels earlier in the season.

After every season we have struggled in – so the last three – we’ve always said how important the Summer transfer window would be, but this year is far bigger. More work, time and effort is needed than ever before.

Firstly, we’ll see loanees Tammy Abraham and Renato Sanches return to their respective clubs. Ok, hardly influential this season but two players that will leave and need replacing nevertheless. Andy King is another who’ll return to Leicester though it’ll be interesting to see if we try to make that deal permanent.

Then you have Ki Sung Yueng, a player at the end of his contract this Summer who will probably head off to Italy, with AC Milan heavily linked with a move.

The South Korean splits opinion amongst fans, but he’s a player that can offer something in an attacking capacity, as well as attract a decent transfer fee – if he’s under contract that is.

Yep. In fact, consider this (and try not to shake your head):
Bartley has 3yrs remaining, Dyer 2, Routledge 1.
Mawson has 2yrs, Fabianski 1, Ki is on a free.

Leon Britton and Angel Rangel are two legends that have probably come to the end of their playing careers here as their contracts also expire this Summer.

So already, that’s six players who won’t be involved next season.

How many of them will return and be back involved in and around the first team next season? Not many if we’re still in the Premier League.

Now let’s look at the players we have here under contract.

That above is really the squad we’ll have in the Summer to analyse and work out how it needs strengthening. I’d say we’ve got our work cut out.

There’s 17 outfield players listed there plus 3 goalkeepers. There’s at least one player in each position that you could pick out that probably needs to be sold/released. Fullbacks – Kyle Naughton. Midfielders – take your pick. Gorre isn’t ready yet, he’s not been close yet to getting a Premier League game. Carroll has been woeful for most of the season. Routledge is nowhere near the standard required and Narsingh too has struggled, and then there’s Dyer. So take those out, and you’re left with 11 players.

Hopefully, we won’t lose Fabianski and Mawson, so do the club have the transfer funds to do the necessary transfer work?

We need a fullback or two, the midfielder is worryingly weak and very limited. Very few of them, some would argue any of those listed above have proved to be Premier League quality. Sam Clucas has vastly improved, but some fans I’m sure will argue that we could do better.

Looking at our strikers, Wilfried Bony has struggled all season and you wonder if he’ll overcome his injury problems and fit in with Carvalhal’s style – that’s if the manager stays and is offered a new contract, as let’s not forget – he too is out of contract in June.

What are your thoughts? Are you confident that the board will improve the squad for next season? Do you agree with some of our comments regarding certain players? Let us know what you think in the comments below…