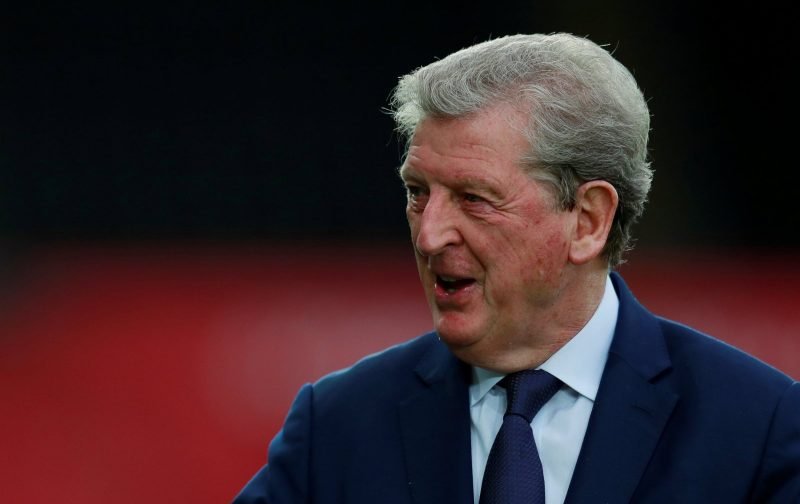 Crystal Palace Roy Hodgson had some nice words to say about Swansea City’s performance in Tuesday night’s Carabao Cup second round tie at the Liberty Stadium despite showing his frustrations prior to the game regarding the timings of the game.

He also wasn’t happy that loanee Jordan Ayew wasn’t available to play against his current club which seemed strange given that hardly ever do you see a loanee allowed to face his parent club.

It was expected that given Potter’s understandable changes where he gave a number of young players their debut, that the Premier League side would almost coast to a comfortable win, but they were made to battle for their narrow victory as the young Swans held out until the 70th minute.

“I’m happy. I thought that was a good game. In the first half Swansea were very good, they got around the ball really well, they were sharp, they were quick and they had a really good spell at the start of that first half. It took us a while, I thought, to get our game together.

We were going too deep to receive the ball, we had too many players around the ball which meant that we were playing tip-tap football really and that suited Swansea because they got around us and made life difficult.”

“Towards the end of the first half I thought we sorted it out, we got Williams and Puncheon further forward and that gave us better options to play the ball in past their midfield players and we started to look a bit better – and I thought we carried that on in the second half.

“We talked about it at half time, made it really clear to the players and I thought they interpreted it well. I thought the performance was very good, but that doesn’t mean to say we had it on easy street at any stage of the game, it was competitive right through to the last minute, especially because we did miss one or two quite good chances for that second goal which would have made life a bit easier for us.”

It was a performance to be proud of from the young Swans and Roy Hodgson’s praise is fully deserved as they certainly competed and gave them a good match. They had to work for their victory and we just needed that extra bit of quality in front of goal and we might have been able to take it to a penalty shootout.

The fact that they “took a while to get our game together” is also a pleasing aspect. They started the match brightly with some good possession football which pleased Graham Potter. You’d think that there was at least two or three performances out there that gave the Swans boss food for thought as he turns his attention back to League football with a trip to Millwall on Saturday.