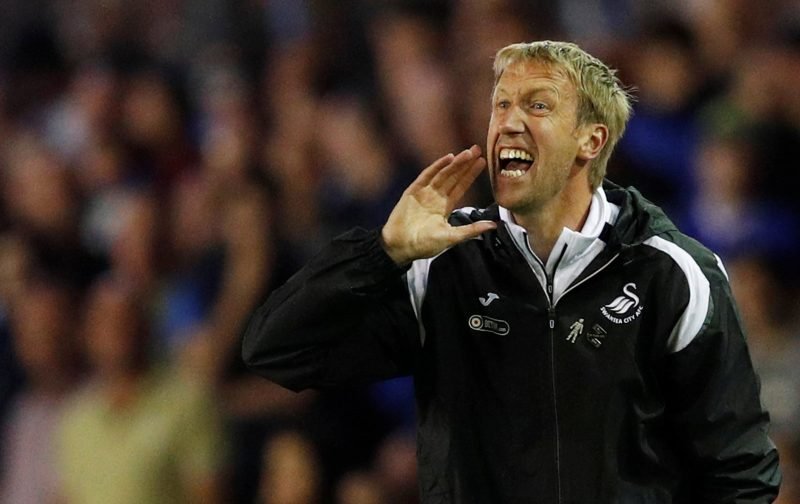 Swansea City had to really dig in and earn their point at St Andrew’s tonight as Birmingham City wasted a host of chances in the first half as we held on for a goalless draw as we extended our unbeaten start to the season.

It was a very physically tough and demanding game for our young players as Birmingham clearly tried to rough us up a little and you could see there were moments when some of our players didn’t want to get involved in the physical battle. As a result of that, the home side were able to continuously nick possession in dangerous areas but most of the time it was desperately poor finishing that let us off the hook.

The first and second half stats and the difference between the two definitely shows that Graham Potter was able to change things in order to stop Birmingham controlling all aspects of the game. One of our main problems – among many – was our real lack of a midfield presence. Carroll and Fulton both struggled and Celina too was wasteful with his passing. Not only the midfielders but the wingers too weren’t a physical match for their opposite numbers and the Swansea City manager Graham Potter had to find another way of pushing the home team back, otherwise, it was always going to be a matter of when not if they’d score.

After the game, right-back Connor Roberts, who was our man of the match by a country mile, in my opinion, told Sky Sports what the manager said at half-time:

“It wasn’t a pretty football game. We knew what they were trying to do, hit it long and get runners off. We’re a young team and battled against them and it was a deserved point in the end for our efforts.”

“Potter just said that they were almost bullying us a bit so just stand up for ourselves. Like I say, we’ve got a young team so sometimes you’ve just got to go up against it, you can’t pass it every single game, with our backs up against the ball you’ve got to fight and I think we did that today.” – Connor Roberts

It was another performance where the defence really came out with the plaudits and in particular the two local lads – Joe Rodon and Connor Roberts. You could see both players were really committed to the cause and it was another couple of impressive performances from the young, Welsh duo.

The game showed what physical challenges the Championship can offer and you can expect quite a few more of them I’m sure. Thankfully Birmingham’s finishing in front of goal was very poor otherwise we’d have suffered a convincing defeat. It was also a performance that showed the need for midfield strengthening – to say the least but we’re still yet to hear any news that suggests we’re closer to doing that.