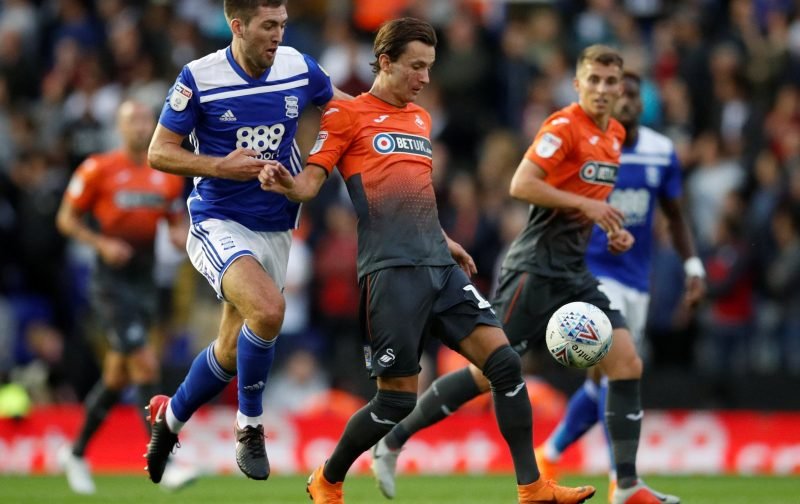 Swansea City might have dominated possession away at Birmingham City tonight but they showed very, very little in front of goal as Garry Monk’s side must have felt that we were there for the taking as they still search for their first win of the season.

In what was a woeful first half that saw us really struggle up against a strong, physical and direct Birmingham side, we somehow had 68% possession despite us being guilty of losing the ball far too often in our own half. We managed just 1 shot in the first 45 minutes which was blocked, while Birmingham created 14 of their 17 shots before the break.

Swansea boss Graham Potter did get his side to improve in the second half and right-back Connor Roberts later revealed that the manager had told the players at halftime to “stick up for themselves” having been “bullied” in the first half.

Birmingham didn’t quite play in our faces from the restart which helped us settle a little bit but we still couldn’t link our passing together very well at all and there was no way that McBurnie was ever going to find himself in a shooting position in front of goal.