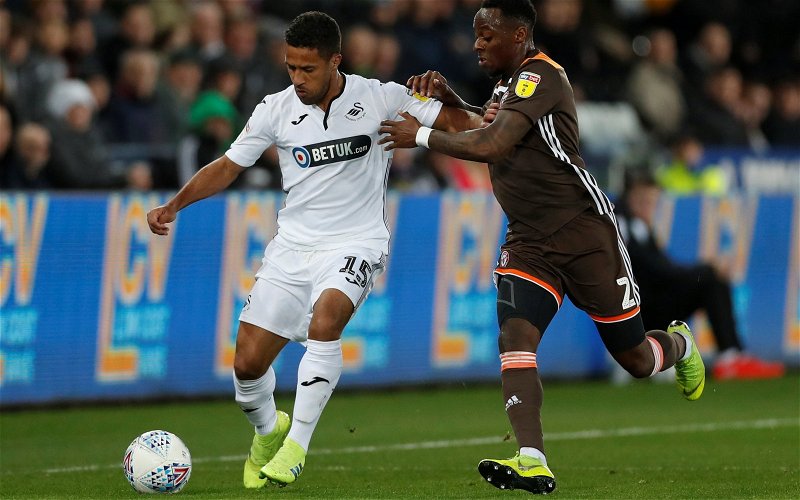 In the modern game there is a severe lack of loyalty. The days of “one club players” have long gone and would only really conceivably happen at the world’s biggest and richest clubs. The likes of Lionel Messi and Sergio Busquets are probably 2 of a scarcity of players who will see out their careers at one club.

In fairness the riches and success they enjoy at club level makes their perceived “loyalty” seem justified. They can both say that they remain at the Camp Nou because of their love for Barcelona, but I would imagine that if Barca struggled in La Liga and failed to deliver Champions League football (however impossible that may seem) they may have second thoughts about pulling on that famous jersey.

There is overkill of badge kissing. You see these players coming into a country or region that they have no affiliation to kissing the badge after just 5 minutes of making their debut. A gesture which once upon a time actually meant something, is now actually just a sign of paying lip service to those who adore the multi-millionaire that plays emotionless in a shirt that could be any colour, in any country, anywhere.

This isn’t just evident in players coming from abroad, but also players from these shores are guilty of these actions too.

One man though has risen like Phoenix from the ashes and gone to great lengths to prove his undoubted loyalty to Swansea City.

Wayne Routledge, was one of the first signings when the Swans gained promotion to the big time in 2011. A renowned journeyman at the time, the former Crystal Palace man had had more clubs than Tiger Woods. He was an experienced Premier League performer and was deemed a good addition at the time.

He was a consistent performer, and central to one of the greatest ever halves of football experienced at the Liberty Stadium. There’s always a great atmosphere at Swans games under the floodlights, but this midweek Premier League fixture under Michael Laudrup was one of the greatest performances in our time in the Premier League. A front 3 of Pablo Hernandez, Nathan Dyer and Wayne himself absolutely tore a helpless West Brom defence to shreds.

The only surprise was that we only went in 3 goals up at half-time. That 45 minutes that night was the most thrilling, entertaining and quite breathtaking ever witnessed in our history. And Wayne Routledge was a massive part of it.

As time went on, Wayne and others became less effective in a team that was slowly starting to slip down the Premier League table and became removed from the style that everyone had been accustomed to and that style which gained plaudits from all quarters.

In our last year in the Premier League, Wayne became less involved. There were some comments from some supporters that he and others of the old guard had to move on. And maybe there was a justification to an extent. Performances weren’t to the standard we’d been used to and maybe with age, a loss of a yard or 2 of pace had affected his impact in performances.

However, his loyalty and his impact around the squad could not be questioned. Any video you watch on the Swans YouTube channel you watch of interviews or in particular the “Team Mates” feature you will always see Wayne mentioned. Whether it’s the best trainer or most intelligent Wayne is portrayed as somewhat of a father figure. Advice on all things football and otherwise, players seem to go immediately to Wayne. His support, advice and general morale-boosting presence in the squad seems invaluable. Especially in the current climate.

So relegation ensued and still Wayne’s involvement was few and very far between. But again, the aforementioned attributes prevailed as the squad transformed with many departures and a similar amount of under 23s promoted into the first team environment. All of the youngsters seem to view Wayne as a very senior and incredibly important to the squad. And this is a testament to his loyalty because all of the youngsters seem to rely heavily on Wayne for advice and his experience even in the light of his limited game time.

In January 2019 there was a lot of talk that Routledge may be on his way. Suggestions that as he entered the final 6 months of his contract, and the very real possibility of that not being renewed it seemed his days as a Swan were numbered.

The transfer window slammed shut with the increasingly familiar inactivity of incoming players, but Wayne remained. Now the ins and outs and specifics of why he stayed will obviously be unknown to those outside of the club.

Whether there were no offers or whether he just didn’t want to go or even a bit of both, who knows. But it appeared to be that Routledge’s loyalty played a massive part. As reports emerged that Routledge was due some kind of bonus payment due to a certain amount of appearances or involvement. Which seemed to explain the winger’s lack of game time, especially based on the marked improvement in his own personal performances against those in the latter days of our Premier League involvement.

Routledge then waived the right to this payment/bonus in order to secure a more regular involvement in the final stretch of Championship fixtures. In a football environment where this sentiment is completely lost, the refreshing nature of a footballer who would rather play football than receive more monetary gains is extremely admirable. Not just that he wanted to play football, but he wanted to play for Swansea City.

I’ve been a big critic of Wayne, especially in the latter days of the Premier League. However, I’m willing to admit that he put in some impressive performances in the previous campaign and take my hat off to his commitment and loyalty. As this is the ultimate thing that fans can relate to.

The summer has since increased his undoubted loyalty as he Wayne saw his contract run out. Wayne posted a message on Twitter highlighting his love for the club and his time here over the past 8 years.

One thing you can take from that message unreservedly is how genuine it was and you could just feel it coming from the heart. Again, something the fans can relate to as it’s so alien for players to feel anywhere near as passionate about the club as the fans do.

Luckily Trevor Birch seems to have recognised the importance of Wayne being in around the club. Whether that is on or off the pitch and has offered him a new contract. From the outside looking in, and given the gesture of the waiving of a bonus payment I would be sure to predict that Routledge has accepted lower terms. Especially considering he could possibly have earned more elsewhere. I get the feeling that the overwhelming desire to stay in SA1 would override any monetary gains to be made elsewhere.

The irony of this whole scenario is that a man who signed 8 years ago was viewed as an experienced campaigner but somewhat of a journeyman. Yet now he’s viewed as a loyal, committed man who seemingly has chosen the love of the club over the unscrupulous, money grabbing virtues of many a modern day football.