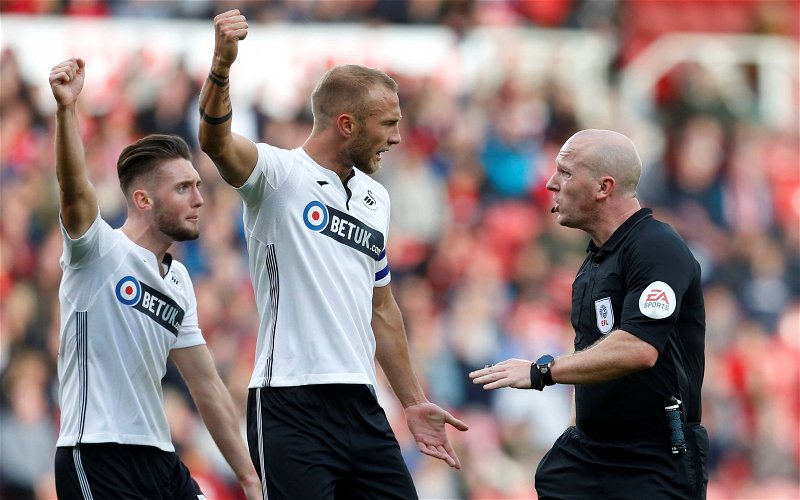 Swansea City defender Mike van der Hoorn gave an interview after Saturday’s 3-1 friendly win at Exeter City where he answered questions about his captaincy – or lack of at the club as well as his future in South Wales.

With only a year left on his contract, much has been speculated about van der Hoorn’s future at the Liberty Stadium. There’s been reports that the Swans are looking to get him secured on to a new long-term deal but with ambitions of a return to the Premier League, it doesn’t appear that the Dutchman will be putting pen to paper here any time soon.

Asked if he was happy at Swansea by Football-Oranje, the Dutchman replied:

“Yeah, I enjoy it here, we have a good group of lads, it’s nice to work with them and we have a nice facility as well so they’re all good.”

However, whilst he seems happy at the club, you can’t help but feel that van der Hoorn has eyes on a return to the Premier League as quickly as possible. You could say that about any player, of course, but it’s surprising also that van der Hoorn says no offer has come his way yet from a top flight club.

Also asked about his future ambitions and when suggested that “he must have some”, Mike added:

“Of course, you want to be back in the Premier League and play at the highest level but the chance has to come up or we push for promotion this year. It has to be offered that I can go to the Premier League, it hasn’t been yet so I stay at Swansea.”

You can watch the full video interview below: