Time to Switch to Back 4? How The Fans Voted 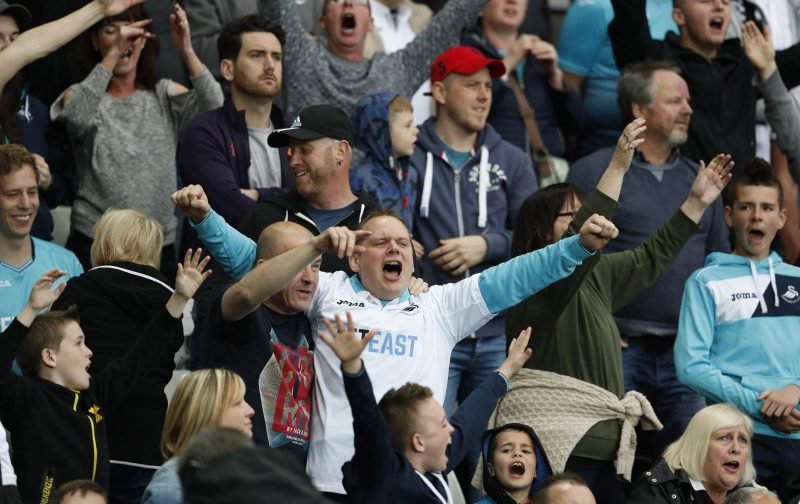 With the Swans sweating over Mike van der Hoorn’s shoulder injury ahead of Saturday’s home game against Everton, we asked our Twitter followers whether or not Carlos Carvalhal should revert to a back four.

van der Hoorn suffered a shoulder injury during the 1-1 draw at West Brom on Saturday. Carvalhal opted against a switch of formation, and instead made a like for like change, swapping the Dutchman for Kyle Bartley.

After failing to deal with a cross at the back post which then led to Albion’s opening goal, Bartley didn’t convince anyone that he’s the right man to come in if Mike doesn’t make it on Saturday.

With that in mind, we did a quick poll on Twitter to see if other fans shared our view that maybe we should go back to a back-four system, like a 4-3-3.

If Van Der Hoorn is out for Saturday, what should Carvalhal do with his Line-Up/formation?

Watching us play in a flat, conservative and defensive 5-4-1 system is becoming tiresome now and we need to find a way to get back to how we were playing when we were winning games.

Having said that, a switch of systems would be a risk now. Carvalhal has adopted a 5-4-1 formation ever since he first used it in the 2-0 home defeat against Spurs – only his third game in charge.

We also can’t forget that we’ve got Jordan Ayew back to bring some much-needed energy and attacking threat into our current 5-4-1 blueprint.

Whilst I don’t expect Carvalhal to take the risk and switch systems after using the same for 10 games straight, here’s how a 4-3-3 could look.

I’ve put Jordan Ayew into what I think has been his strongest and most effective position – up front and central. His brother Andre one side and Clucas another. Clucas looks far more comfortable further forward, but this would mean having to start Carroll behind him. The alternative would be to move Clucas back in place of Carroll, start Abraham up top and shift Jordan Ayew wider.

Paul Clement used a 4-3-3 this season but with little success. Used in 8 games, we won just twice, losing 5 and conceding 12 goals, scoring just 5.

You can see more stats here

Is reverting to a 4-3-3 too much of a risk? Is Kyle Bartley a good enough replacement? Let us know what you think in the comments below…

2 Replies to “Time to Switch to Back 4? How The Fans Voted”