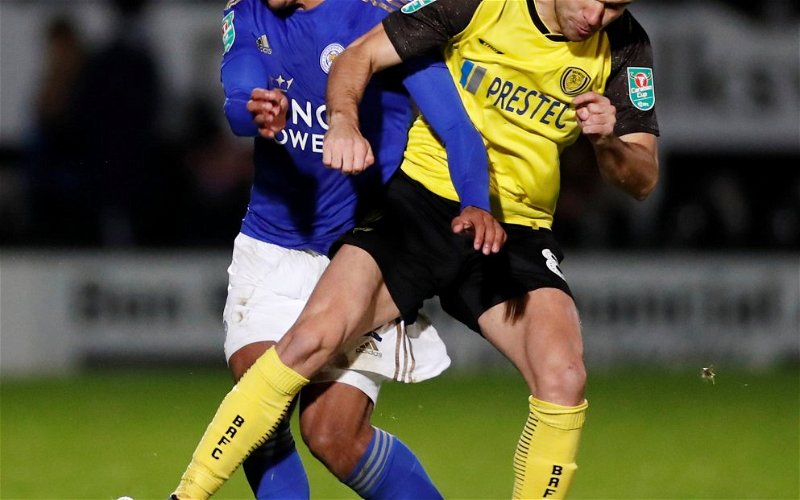 With Swansea City’s Championship play-off hopes slowly starting to fade away, it might be time for the club to look ahead to what will be a huge rebuild this summer.

As it stands, Swansea have just 18 first-team players contracted for next season – and that is including Steven Benda and Josh Gould, two young goalkeepers who have never made an appearance for the senior side. The figure also includes returning loanees; Joel Asoro, Barrie McKay, Kristoffer Peterson and Declan John, who’s futures at the club are far from certain.

Now, while it is likely that promising young players such as Oli Cooper, Brandon Cooper and Tivonge Rushesha will join the first-team squad permanently, the Swans will still probably need to make six or seven signings, all of which are likely to be free signings and loans. So in this article, we’ve profiled three agents that Swansea can’t afford to miss out on this summer. 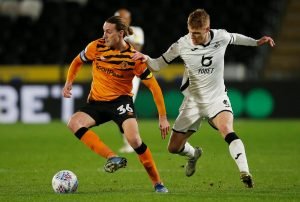 Like both of the other players who will appear on this list, 27-year-old midfielder Jackson Irvine is now officially a free agent after seeing his contract expire as the clock struck midnight on Tuesday. The Australian international opted against signing a temporary extension with his club, Hull City, as he instead looks towards a new chapter in his career, and he could be perfect for Swansea City’s midfield next season. Irvine first impressed in England during Burton Albion’s surprise first season in the Championship in 2016/17, when he scored 10 goals in 42 games for the Brewers from an advanced midfield position. The former Ross County and Kilmarnock man earned a move worth just under £2m to a Hull City side fresh from relegation to the second tier the following summer.

Since joining the Tigers, Irvine has scored 10 times and recorded 9 assists in 112 appearances. While these numbers may not seem great compared to his time at Burton, the Celtic youth product has often found himself playing in a deep double-pivot under both Nigel Adkins and Grant McCann, meaning he’s taken on a lot more defensive duty than when playing on either the left of a midfield trio in Nigel Clough’s 3-5-2 or almost as a second striker in a 4-4-1-1.

Irvine turned 27 in March so, as a central-midfielder, should currently be at his peak performance level. Irvine’s ball winning capabilities and, if used further forward, eye for a goal would suit Swansea perfectly as they are crying out for some real physicality and height in the midfield – which Irvine would certainly provide as he stands at 6ft 2in. 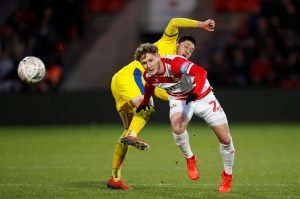 cond player on our list is now former Doncaster Rovers winger Kieran Sadlier. The 25-year-old uncapped Irishman scored 12 goals this season off either wing, assisting a further 6 times. The West Ham youth product scored or assisted every 162 minutes in all competitions – giving him just over 1 goal contribution every two games.

Sadlier became a free agent earlier this week after rejecting a contract extension at the Keepmoat Stadium and Hull City, Rotherham and Peterborough are all already said to be interested. We think that the wide man could play for a better Championship side, namely the Swans. Steve Cooper is likely to be in the market for a winger or two in the upcoming transfer window, with Wayne Routledge, Nathan Dyer, Andre Ayew and Aldo Kalulu set to leave, while the futures of Barrie McKay, Kristoffer Peterson and Joel Asoro remain uncertain.

We think that Sadlier would be perfect for the Swans as, while not being the same calibre of player as the Ghanaian, he could make up for some of the loss of output from Andre Ayew – should he leave the club.

Sadlier is a decent creator too, with the 25-year-old averaging 1.4 key passes per game and creating 7 big chances for his teammates throughout the season – numbers that rank amongst the best in League One.

Sadlier is raw, and there is still a lot of improving to do for the ex Cork City man, but Swansea could be the right place for him to do that with the club set for a major overhaul of the playing squad this summer. This would give time for Sadlier to settle in and find his place at the club with expectations likely to be lowered next season. 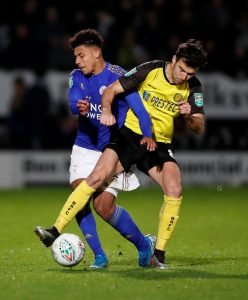 The third and final player on the list would possibly be the best signing of the three. 25-year-old Scott Fraser has registered 11 assists in League One this season, the second most in the division.

The Scot’s 2.4 key passes per game rank third in the league, and he has chipped in with 5 goals in League One as well. Fraser’s numbers stretch to an impressive 9 goals and 14 assists in all competitions, giving a goal involvement every 1.78 games. The Dundee-born midfield maestro will be available for nothing after failing to agree a new deal with Burton Albion, a hammer blow for the Brewers as he was undoubtedly their player of the season in 19/20.

While being naturally attack minded, Fraser is versatile. He has operated both as a number 10 in a 4-2-3-1 (the formation that Steve Cooper has favoured this season) and in a more reserved role as part of a middle three in either a 4-3-3 or a 3-5-2. Fraser, who has become renowned for his brilliant left-footed delivery, could fill the void in the Swansea team soon to be left Conor Gallagher once he returns to Chelsea at the end of the season.

The playmaker is untested as Championship level, but he has proved this season that he is far too good for the third tier. Fraser would be an astute addition to a Swansea side that has been struggling massively for creativity this season, with the loss of pace out wide and sharp drop-off of Bersant Celina combining to create a real problem for the Swans. The former Dundee United man has demonstrated his ability to unpick defences in League One and he possesses both the quality and physical attributes to continue his progression at the higher level.

Hull and Barnsley have already been touted as potential suitors for Fraser and there will undoubtedly be more to follow once the Championship season finishes at the end of July. Fraser could slot straight into a number of Championship sides, and the Swans will have to act fast if they want to secure his services.

The moral of this article is that while Swansea won’t be able to splash the cash this summer, there are still plenty of great players available for free. Swansea will just have to get there before everyone else.