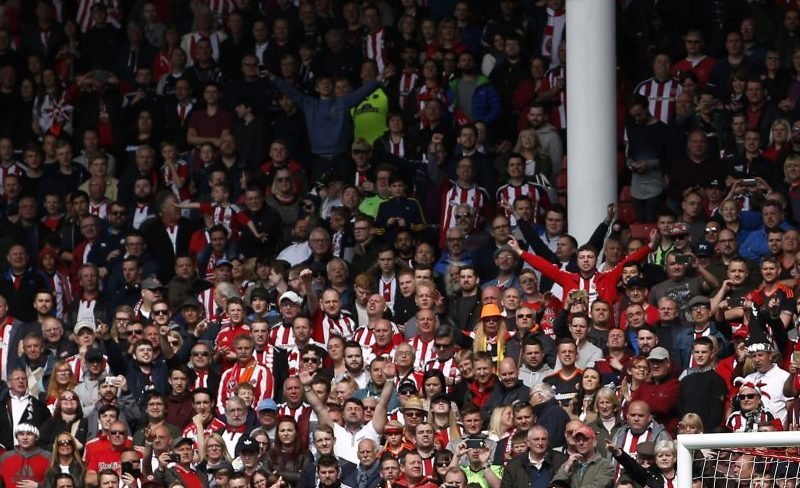 Sheffield United fans were left feeling deflated after suffering an opening day loss against the Swans, as they watched their Blades side throw away a 1-0 lead as McBurnie and Dhanda netted in a thrilling second half of football at Bramall Lane.

Some of their fans were in confident mood ahead of the game (just look at one of their fan’s comments in our match preview here). They were hopeful of building on last season’s decent 10th place finish with the playoffs in their sights this year, but it looks like the Swans knocked them down a peg or two following their 2-1 victory. Some of the comments about their own side were about how they “need 3 signings otherwise we’ll struggle” while others criticised their manager’s cautious approach to the game, having been so pro-active last season.

Swansea won by not having to do very much at all. In a way I’m relived Swansea were so defensive for long periods because when they were behind and had a go at us they cut through us at will.

Let’s hope they are one of the best sides we play this season.” – Sheffield United fan

“This was opening game, at home, on TV after “one of our best transfer windows ever” and yet the team selection was defensive, performance was slow and tepid, and the same suspect players and formation weaknesses we’ve bemoaned since December 17 are all back with a vengeance.” – A Storm of Blades

Their fans also had mixed views on what they thought of Swansea’s performance in general:

“Swansea were a good side but beatable.”

“lets be patient, there’s far worse teams in this league than us and not many better than Swansea.”

“Swansea were no great shakes but tactically by pushing their wide men onto our wing backs they negated our offensive play far too easily.”

“I’m also not sure what to make of Swansea to put it into any kind of context. They looked very very good going forward but seemed reluctant to do so at all until we’d scored. Odd side, but I can see them rope a dope’ing a lot of teams this season like they did us today. Could be this year’s Cardiff – up there all season without ever ‘looking’ very good.”

“Take Swansea, they were fairly poor and it wasn’t any kind of tactical masterclass. Us in full swing 18 months ago would have swept them away first half. We resemble a boxer that’s lost his nerve after taking a clean shot. When we ‘didn’t respect’ the Championship we looked a dangerous side.”

“We threw away a very winnable game against a poor Swansea team who came Norwich like for a point until they realised how shit we were.” – metalblade

“If you had listened to the Swansea fans and pundits prior to the game they singled out their midfield as being their weak spot so we should have just played our own game and not worried about them, just like Wilder said he was going to do on Sky before the game.” – JayGreen17

“I didn’t think Swansea were great today until we scored but they have 3 very good players in McBurnie, Montero and McKay who would probably get into any Championship team. I thought we had enough to beat them but were definitely unlucky to lose.” – William Large

“I thought it was a very good game, despite their recent sales, Swansea had quality all over the pitch.” – grafikhaus

Blades were impressed with McBurnie, although one or two weren’t too happy with his short socks!

“If only we’d had him on loan last year instead of the Dingles.”

“We have £12m to spend apparently, why aren’t we testing Swansea’s resolve? Sooner have him than Waghorn.”

Probably my most hated current player because of the small shinny/socks down combo. Proper gets on my tits.  – Blades fans

United dominated long spells of the game but we did well to nullify their threat. They were often forced out wide and our two quality defenders dealt with every cross that came their way.

Early in the second half, we were too open and allowed them some better chances because of our own mistakes and their opening goal was coming. This finally sparked us into some life and their lead didn’t last long as McKay caused all sorts of problems, as well as Montero who helped set up Dhanda’s late and dramatic winner.

United made a number of loose passes under little pressure which helped us to ensure that they had no real rhythm early on as Potter admitted after the game that they “silenced the crowd”. There were plenty of promising signs out there but it’s still very clear that we need some extra depth up front and in midfield.