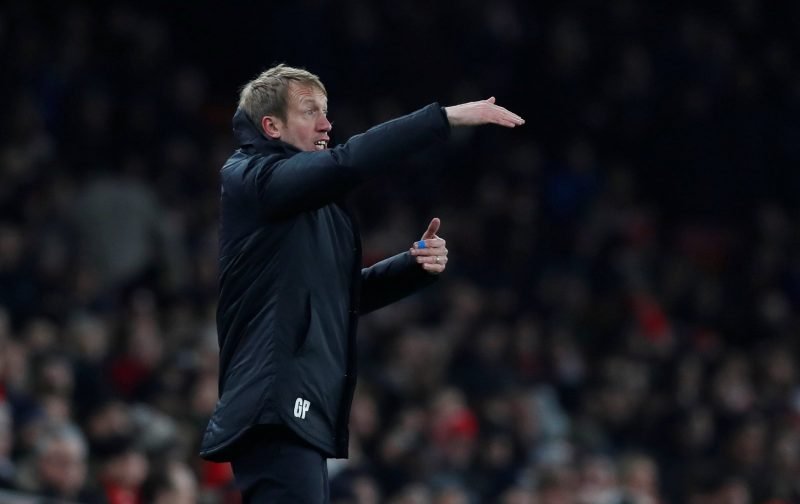 Last weekend Graham Potter made some positive, attacking substitutions during the second half at Sheffield United that helped inspire his team to a 2-1 comeback win, but this Saturday – at home – Potter had to be more conservative with his swaps as his side held on for another three points against Preston North End.

At Bramall Lane, Graham Potter could have settled for a point at 1-1 and brought on Jordi Amat to add extra defensive protection, but instead, he made a like for like change, replacing Asoro early on for Montero straight after conceding the opening goal.

But today, the Swansea boss took a different approach as he needed to make some changes in the second half to help relieve the pressure, as his side were under the cosh for long periods after the restart.

What was everyone's thoughts on Potter's subs today? Could be seen as negative but did what was needed to hold on? Added defensive cover down our left and then put Fer in the middle, sacrificing our wingers.

Potter’s first change was after 56 minutes, taking off Joel Asoro (again) for Matt Grimes and switching to a back three. Olsson moved inside as a left-sided defender and Grimes slotted in as a left-wing-back.

With a quarter of an hour remaining, Leroy Fer came on in place of the other winger – Barrie McKay as Potter sacrificed our outball options and pace to add extra protection in midfield.

It might be seen as defensive by some – particularly as we’ve been used to these types of substitutions over the years in the Premier League, but most Swansea City fans could see Potter’s reasoning and were happy to see that he could quickly assess the game and make the changes to solve the problems.

Interesting to see Potter opting to keep it tight and strip us of width in 2nd half to hold on to the game as opposed to his move to win the game last week. A manager that can read the situation and can adapt is very encouraging to see. #SwanseaCity

Just said the same as opposed to last week where he saw the game was to be won, saw we could hold on and went with Grimes/Fer as opposed to Fer/Jeff. Horses for courses. Very encouraging to see.

Did what he needed to do to get 3 points. Sometimes you have to be negative (defensive) to get the result. Might seem boring to some. But 3 points is 3 points.

We switched to a 352. Stopped them from building through the middle and Mike handled any crosses

Two weeks and two great sets of subs in my opinion reads a game well think two subs were a bit of a shot at board Fer nowhere near fit and putting Grimes at LB when could have brought on Naughton at RCB. Like Potter already just prey he and squad get support they need

Managed the game and did what was needed at the times it was needed despite being hamstrung by losing a sub early on.

Left us sitting deeper than we would have liked maybe in the last 15 mins but job done.