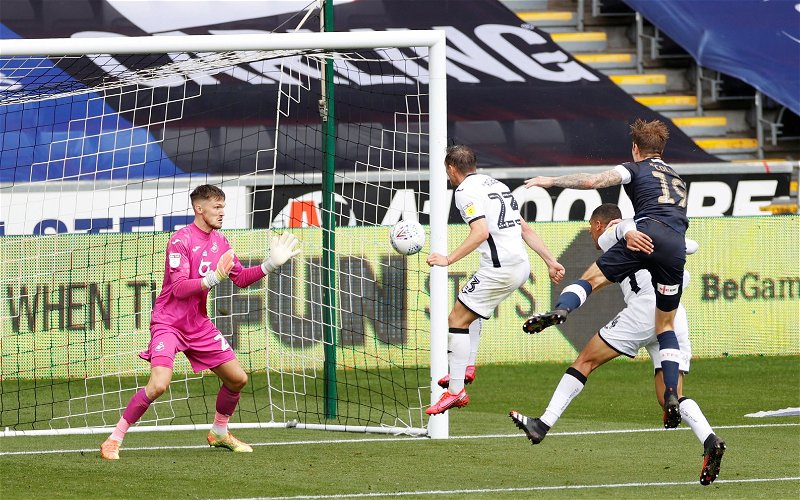 Well, we’ve been here before, haven’t we?

On Saturday, Swansea followed up their impressive 3-0 win at Middlesbrough with a dismal 1-0 defeat at home to the Championship’s bottom side – Luton Town.

It felt like we were just re-watching the defeats at home against Millwall and Stoke, or the goalless draws against Barnsley and QPR. In what should have been a game that Swansea won to keep in touch with the play-offs, they instead added the Hatters’ name to the long list of lacklustre performances and porous results from the Swans against the league’s current bottom five.

They had already drawn twice against the aforementioned Barnsley, dropped two points against Huddersfield, slipped to a 4-4 draw against Hull and been well beaten twice by Stoke City.

And Nathan Jones, manager of Stoke when they beat the Swans in October, ensured that his Luton side became the latest underdog to ‘do a job’ on the Swans. This poor record against the lowest outfits in the division could well be the defining factor in derailing Swansea’s frustrating play-off push.

While the Swans were slumping to defeat at the Liberty, 237 miles away in Preston, their arch-rivals Cardiff City were picking up another impressive win as they leapfrogged the Deepdale outfit and moved into the play-off places with a 3-1 win in Lancashire. This meant that, having started the day 1 point behind then sixth placed Preston, Swansea were now four points behind their South Wales rivals who now occupied the final play-off spot.

With Bristol City and Blackburn tasting defeat elsewhere, a Swans win would have moved them into seventh, two points clear of eighth. But it wasn’t to be. Yet again, the Jack Army were left furious at another stagnant, placid display as an opportunity to take advantage of results around them passed by.

Unlike last week, however, Steve Cooper’s men don’t have to wait a week for another match, as they are straight back in action tomorrow evening against Millwall. The game is a 5pm kick-off at The Den, live on Sky Sports and Swans TV, and it is absolutely imperative that all 3 points are taken back to SA1. That being said, a victory at The Den is no mean feat and with Gary Rowett’s side just a place and a point behind Swansea, it is a game that a draw may well have been fine in if Swansea had just gotten the job done on Saturday. But they didn’t, so they’ve put themselves in a position where they realistically have to win at what has been the ninth-hardest stadium to visit in the Championship this season. Why must Swansea win this game? Well, after winnable games against Sheffield Wednesday and Birmingham, Swansea face a three game sequence of top of the table Leeds, fourth-placed Nottingham Forest and fellow play-off contenders Bristol City.

The average points for the sixth placed team in the Championship over the past five years is 76.2 points. Swansea’s total is currently 56 points which would mean they’d have to pick up 20 points from their remaining seven games – which would be virtually impossible.

However, it does seem that it’ll be lower than that tally this year as Cardiff currently sit on 60 points with seven games to go and, going off their current points-per-game numbers, they would finish on just under 71 points. This would mean that Swansea will probably need at least 15 points from their last seven games, which equates to five wins from their final seven (or four wins and three draws). Of course, they could do a lot worse or a lot better than that but as a rough estimate, it shows that it’s not quite over yet for Swansea City if they can find some consistency over the remainder of the run-in.

Not quite over, that is, as long as Swansea put in a much improved display and win tomorrow evening.