The calm before the storm? Expect a “crazy” last few days 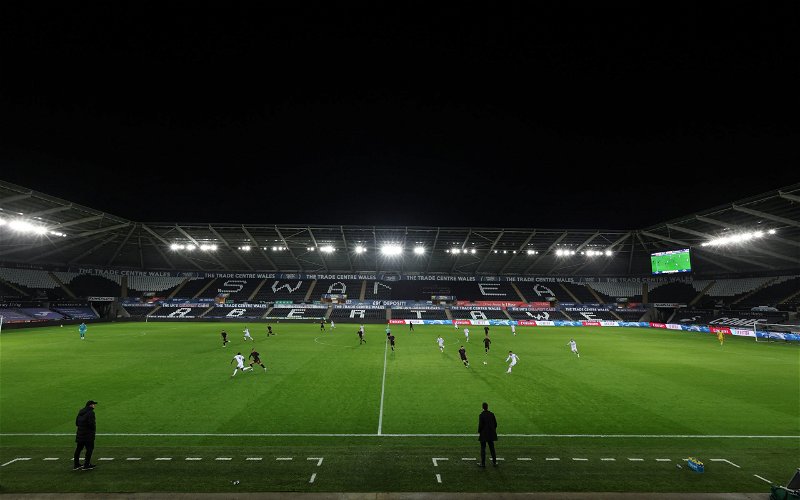 Swansea City earned themselves a well-deserved point away at promotion-chasing QPR on Tuesday night and afterwards head coach Russell Martin was questioned about transfers ahead of Monday’s deadline day.

Just as Martin explained in front of the Sky Sports cameras, it’s “crazy” how so much of the transfer activity occurs in the final few days:

“The window, it’s madness really, I think everyone enjoys the excitement of a deal in the last two or three days,”

“Things change very quickly. I don’t enjoy the last two or three days, I’d much rather it was all done now. It goes into a bit of a frenzy in the last few days and most of the business that happens in January happens then.

“I think we’ve done really good business already, and, I think, whatever happens, we’ll come out of the transfer window stronger than when we started it which is the most important thing.”

Supporters are eager now to find out who’s leaving and who will replace them and (hopefully) strengthen the squad.

The futures of Jay Fulton, Yan Dhanda, and Jamie Paterson are all in the balance. Fulton is still offering support from the bench, as he did at QPR but Dhanda has been offered around to clubs in the Football League.

Paterson, meanwhile, is another case altogether. Martin was also asked about the attacker’s future and whilst the Swans boss was hopeful he can welcome him back into the team soon, he also sounded like a departure this month is a possibility.

In terms of who could come in, it’s looking likely that we could bring in up to two, either being loans or very low fee-paying permanents at the very best,  but the former option sounds much more likely at this stage.

As has been the case for some time now, Swansea City’s transfer business operates on an outs before ins basis, and with a lack of monetary sales so far, permanent incomings remain unlikely.

The club’s financial position can simply be explained in a nutshell by looking at how we bought goalkeeper Andy Fisher from MK Dons for £400,000. The move, expected as far back as September 2021, was delayed due to Swansea’s desire to pay the fee sum in multiple payments. A common practice in football, but less so for fees of that relatively small size.

Once Saturday’s game at Hull City is out of the way, we can expect some transfer news as Russell Martin sounds confident of further arrivals. It’ll be a short window to get moves complete, but clubs get their business done in a couple of days.