Team news and predictions ahead of season opener against Hull City 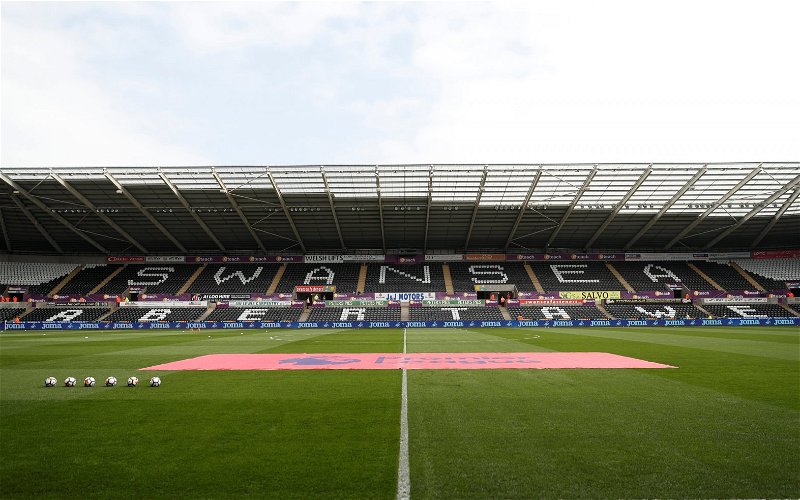 The wait is finally almost over, the 2019/20 football season is about to get underway as Swansea City kick-off at home on Saturday as they welcome Hull City to the Liberty Stadium.

Both teams go into the game with a new manager following Graham Potter’s move to Brighton and Nigel Atkins’ departure from the Tigers. Grant McCann signed a one-year rolling contract with Hull after taking Doncaster Rovers to the League One Play-Off semi-final in May, losing against Charlton Athletic.

After being a counter-attacking side under former boss Nigel Atkins, McCann will look to get his new side playing a more attractive, passing style, similar to the one he implemented at Doncaster. No longer sitting deep and looking to release Bowen and Grosicki down the flanks on the break, you’d expect Hull to push further forward, committing their full-backs in attack and getting Bowen especially into better goalscoring positions in the half-spaces. Tom Eaves scored 23 goals in 41 League One appearances for Gillingham last year and joined Hull on a free transfer. He’ll also Joe Rodon and Mike van der Hoorn plenty to think about. He’s tall, standing at 6ft 5 and will obviously be an aerial threat and we’ll have to hope we can hope at set-pieces.

“He’s [Tom Eaves] trained from Tuesday onwards with the group. Tom is good to go.”

Talking of injuries, he added:

“David Milinkovic won’t be available. He’s had an injection in his ankle, hence why we wasn’t involved at Doncaster. It’s a tricky one. It’s not straightforward. We’re hoping this injection will help him but if it doesn’t there’s a chance he’ll need an operation. If it gets to that you’re looking at months.”

For the Swans, Steve Cooper will have decisions to make on whether or not he gives new loan goalkeeper signing Freddie Woodman his debut ahead of Nordfeldt and Mulder. Connor Roberts and Kyle Naughton compete for the right-back spot while Rodon and van der Hoorn are surely certs to start in the middle of the defence.

In midfield, Grimes captains the side with Byers, Fulton and new Summer signing Ben Wilmot competing for a spot alongside him. You would expect Dyer to start on the right flank and Kristoffer Peterson is in contention to be included in the matchday squad.

With Oli McBurnie joining Sheffield United, Borja Baston is tipped for a very rare start with Celina in support.

Our betting tips with @NothingButTips

For the 2019/20 season, we are excited to announce a new partnership with @NothingButTips – a dedicated Twitter channel providing some superb betting tips. They also have a VIP members option at just £5 per month which is available in the Telegram mobile app.

11 wins in a row @NothingButVIP

Our top betting tip from @NothingButTips is both teams to score at 1.72. 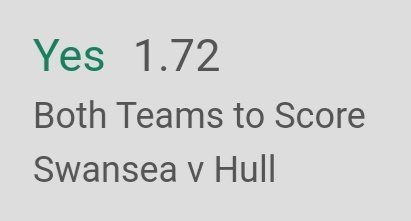 The thinking here is looking at previous fixtures below, 7 of the previous 8 fixtures (Swans at home to Hull) have seen both teams scoring. 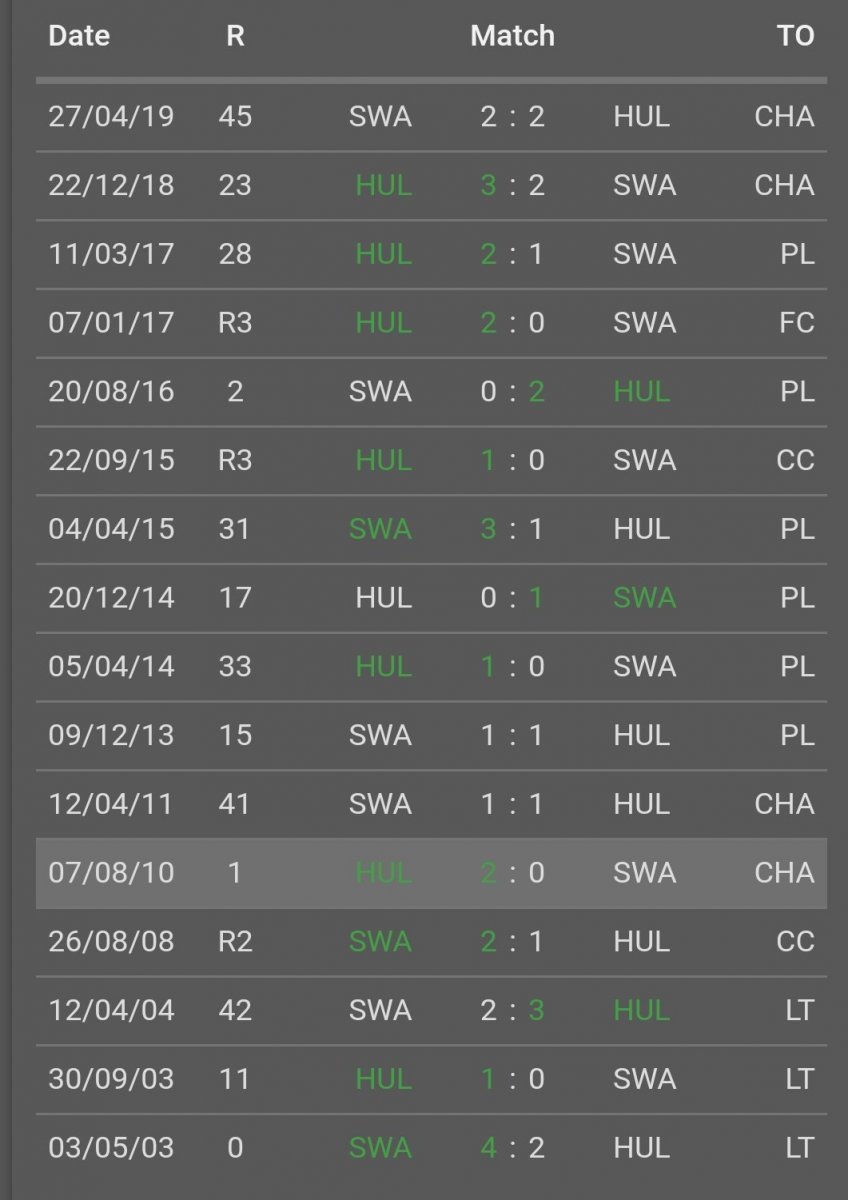 We also have bet builders below, multiple bets together for a bigger profit. This one tips the Swans to kick off with a win in a game where both teams score. Incidentally, our Vital Swansea score prediction is a 2-1 Swansea win.

This bet builder below expects a first half goal, Swansea to score at least 1 goal during the game, 4 or more corners for the Swans, at least one second half goal and at least 1 corner for Hull during the 90 minutes. 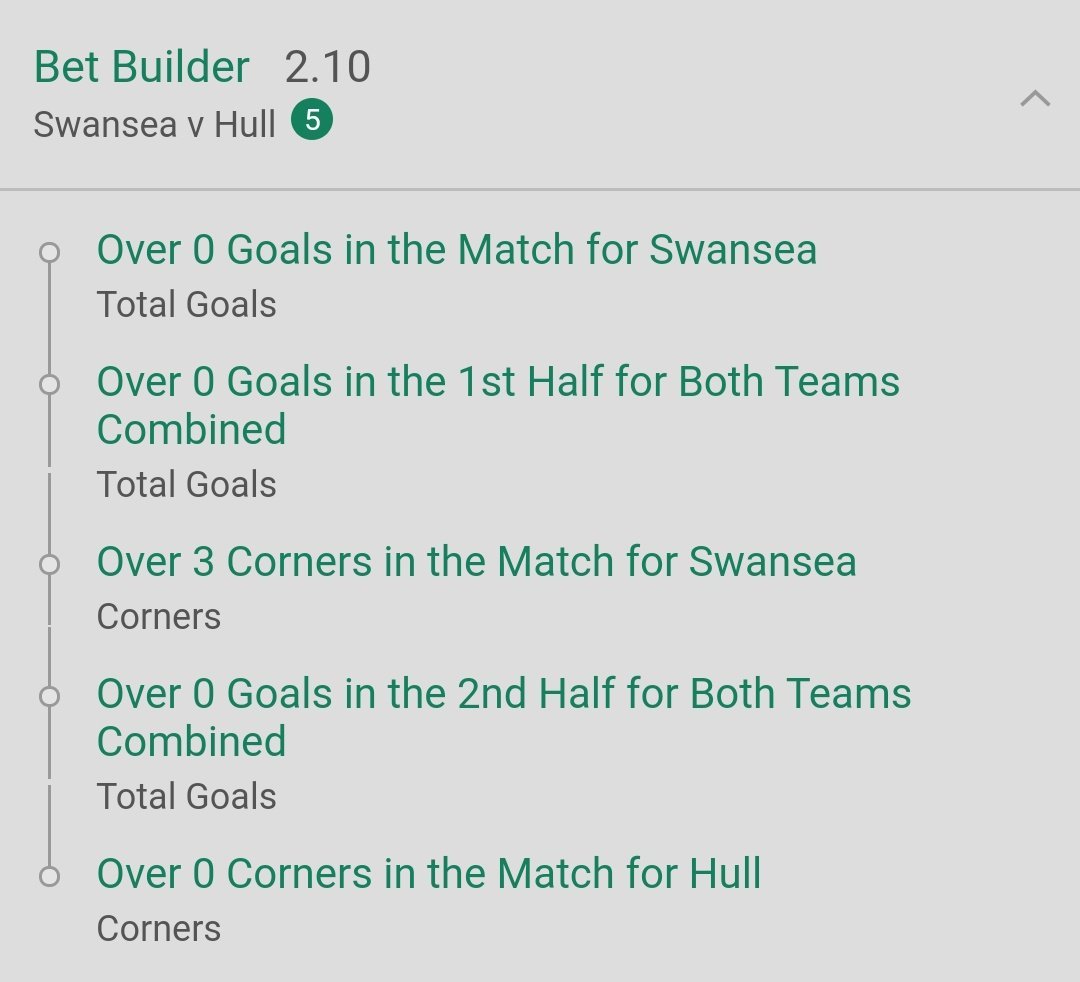 If you fancy joining @NothingButTips VIP on Telegram, you can send the account a DM on Twitter for details. We can guarantee you will make the £5 back monthly at the very minimum!