Taylor: ‘Everybody Complains, There’s No Stability In Football Anymore. Fans Are The Main Reason’ 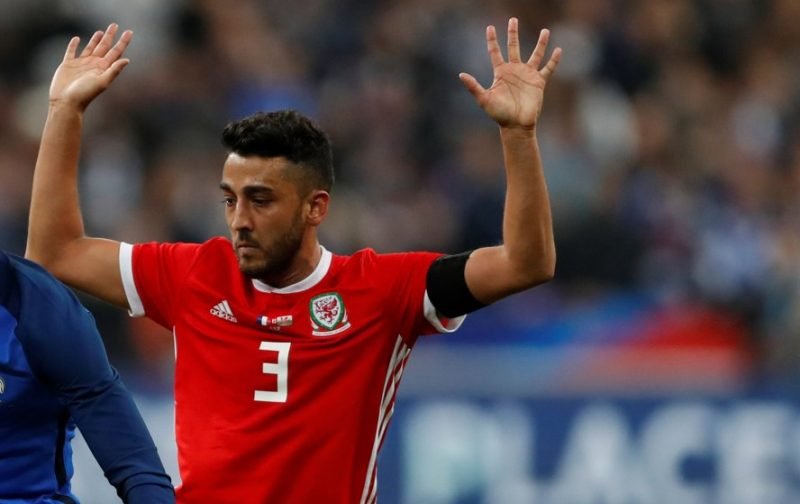 In part two of our featured article on former left-back Neil Taylor’s podcast with Owain Tudur-Jones, we continue to look in depth into their discussions as they both provide an interesting insight into life as a footballer.

In part one, Neil Taylor spoke about a potential move to Newcastle and his transfer to Aston Villa, and how he was blown away if you like by the facilities at his current club.

The Welsh international also mentioned how he felt deflated coming back to Swansea after being on such a high with Wales at Euro 2016. He admitted that it wasn’t really working out between him and Francesco Guidolin, despite the Italian only being there for another 7 games that season after the Euros.

“Alan Curtis had seen it and he was like we should bring him [Taylor] to Swansea.”

It became apparent that his relationship with Guidolin wasn’t blossoming in September when he stormed off down the tunnel when he was replaced just a few minutes before half-time in a 2-2 draw against Chelsea. Other rumours at the time suggested that Ashley Williams, who left for Everton shortly after his return from the Euros, also didn’t have the best of relationships with our former coach.

Neil Taylor has again experienced being substituted early in a game for tactical reasons since that occasion, this time at Aston Villa. He was brought off after just 23 minutes at Villa Park in their game against Derby County, and there were even loud cheers from the fans to add insult to injury.

On Guidolin and leaving the Swans, Taylor said:

“I got to the Summer after the Euros, I looked at it and I was going back to Swansea, I’ve been honest about it before, with Guidolin I don’t think it quite worked with me and him.

“The way the club was going with Swansea, it hurt a lot of us because of the style of play that had gone completely.”

Explaining how he joined the Swans, Taylor went on to say that he was lucky to get his chance through playing for Wales under-21s at the Liberty Stadium. It was Alan Curtis who spotted him and recommended that the club sign him from Wrexham.

“I was lucky, between that time in January and the Summer, I was still playing for the under-21s with Brian Flynn. We played Italy at the Liberty Stadium. That’s the first time I’d admit I had a good game, like a really good game where I thought – ‘I played well there’.

“Alan Curtis had seen it and he was like we should bring him [Taylor] to Swansea.

“Luckily playing for Wales saved me at the time.”

Taylor also went on to explain what happened with his injury early in our second Premier League season, and Ben Davies’ introduction due to Taylor’s lengthy injury was also a stroke of luck for the fullback – now at Spurs.

He also added that sometimes that’s how opportunities arise in football, as Taylor himself was signed for Swansea, filling the gap left behind by Bessone who joined Leeds United.

“Their patience goes, same as ours – because of social media, 24-hour Sky Sports News. Everything like that is feeding them”

Tudur-Jones then moved the subject on to scapegoats in the team, and that “there’s always one”. The former midfielder, who covered some Swansea games at the Liberty Stadium for the BBC felt that Taylor himself was a scapegoat at one time, and in all honest, he wasn’t wrong.

In response to that, Taylor said he’s not on social media and doesn’t see a lot of comments that are made, but he does have friends and family tell him from time to time.

He spoke about the lack of patience and stability in football, blaming the likes of 24/7 rolling Sky Sports News and social media.

“Everybody complains, there’s no stability in football anymore. Fans are the main reason.”

“Their patience goes, same as ours – because of social media, 24-hour Sky Sports News. Everything like that is feeding them – ‘Sunderland are buying players, why aren’t we!’ – there’s just a complete rush in football, there’s no patience anymore.”

That last point he makes there is a very valid one and if you were to visit Twitter, you’d see very similar comments made as the Swans are still in need of some new players ahead of August 4th’s season kick-off.

“the most crucial part [of a manager] is motivating your players and getting them on side.”

In part one, Taylor spoke about how little things like the training facilities at the club are a big factor in a player’s attraction to sign for a club. But even more so is the manager.

The left-back was very complimentary of Chris Coleman’s man-management and motivation skills, as well as those of Brendan Rodgers.

“He [Chris Coleman] doesn’t get the credit he deserves.

“His man-management and his motivation in my eyes, and Steve Bruce is not too dissimilar now, all the tactical stuff – he’s involved in it but you know the coaches below him are doing the core of that and how we should play and analysing the other teams, he’ll be involved as well, but the most crucial part is motivating your players and getting them on side.”

Taylor also revealed that one method Coleman used ahead of Euro 2016 was putting a montage together of the players’ families wishing them good luck. That certainly worked, got the players emotional and motivated for the tournament ahead.

Another technique that Brendan Rodgers used was to completely take the blame and focus away from the players. He would take on the responsibility and blame from the press, leaving the players free to focus on their football.

This contrasted significantly with another former manager of ours – Paul Clement – who on more than one occasion would single out individual performances and speak about the mistakes they would make – rarely taking personal blame for the numerous defeats we suffered in his second season.

“Brendan Rodgers used to say ‘listen I’ll go and face the press, I’ll take all the blame for this result myself, but while we’re in-house here, you lot need to know that you need do better. I’ll take the heat, you go and play. Chris Coleman did the same thing.”  – Neil Taylor