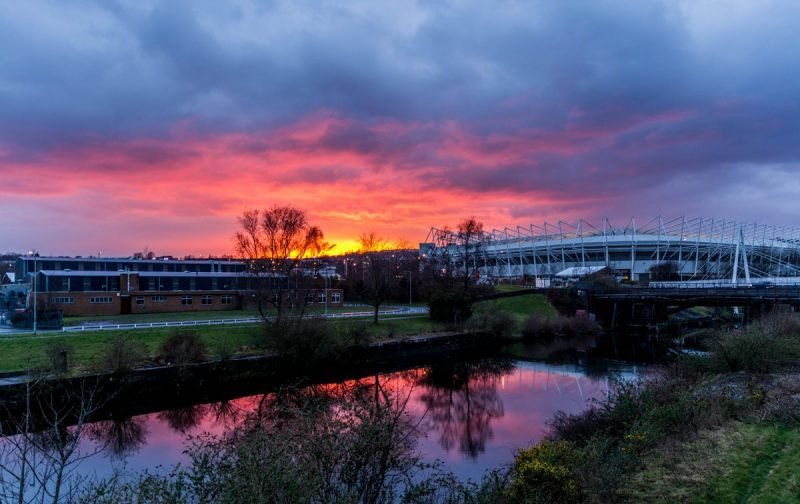 Results in these games count for absolutely nothing. The friendly matches are used to boost fitness and test various systems and so on, but you didn’t need to tune in to the club’s live streaming service to know that the squad – in its current state – is severely lacking in quality and depth.

The Tour began with two back-to-back friendlies, firstly against Genoa (1-1) and the second against FC Magdeburg (0-0) – both losing them in a penalty shootout.

The first 30-minute half against Genoa was arguably our best spell of the entire tour. New signings Asoro and Dhanda were both lively but after that, we struggled. We were never really able to dictate games or dominate spells of possession like Graham Potter would have liked, and we also found it difficult against sides who pressed us high in our own defensive third.

We look like we’re lacking quality in quite a few positions, but we’re definitely weak in the centre of midfield. Such is the lack of options there, Jay Fulton and Tom Carroll have started every game together in the middle. They’ve not really produced inspiring performances either and it’s been frustrating to see a lack of transfer activity in general – particularly with a lack of attention towards that position.

We're crying out for something different at CM. Crucial we get some quality in there if Potter wants to play a possession, build from the back game

Actually, I don’t read anything into pre-season results, Stu …BUT there is absolutely no doubt the #Swans squad is wafer thin & unless I’m badly mistaken (quite possible) will need significantly more players – and quickly!! – to cope with rigours of the Championship. https://t.co/bTNyIfVSWY

It won't be the end of the world getting relegated atleast we can compete again/start winning games in the championship they said.I've just watched this squad for the 3rd time this pre season.Any1 that thinks this squad is doing that this season needs to give their head a wobble!

I'd take the team they won the play off final in 2011 over the team likely to line up in our first game back at this level every day of the week.

After 7 years of Premier League money to build and strengthen, that is a damning indictment on how the club has been run. #JenkinsOut

Our Squad Depth So Far

I was going to wait until the end of the transfer window to do this, but I created a formation of our squad on July 21st, and now – on the 27th – I still can’t add any new signings to it.

Here’s our we’re shaping up so far:

How our squad depth looks so far. Not included some players mainly because either – they shouldn't be included or they're likely to be sold – mainly – Mawson, Fernandez, Routledge, Dyer, Ayews. pic.twitter.com/hGlab61Eup

The main issues I can see from this so far are:

Does it look at all likely that that squad will change all that much within the next 7-10 days?

Ayew completed his season-long loan move to Turkey this week. What a joke of a signing that was. Bought back from West Ham for around £18m, forget performances in 5-months before going back out on loan. One of a number of howling big mistakes made by our chairman, who’s somehow still in a job at Swansea City Football Club. Borja Baston (£15.5m) is another to add to that list too, he joined Alaves on loan earlier this Summer.

I’ve not listened to many podcasts before – I’ve just got around to giving any of them a listen until this week when I checked out Owain Tudur-Jones’ podcasts – and in particular the latest two-parter with former left-back Neil Taylor.

It offered an interesting view into life as a footballer, and the Welsh international – now at Aston Villa, had some interesting things to say the least about the Swans and joining his new club.

Check out both articles here:

Neil Taylor – “It Didn’t Feel Like The Same Club Anymore. I Guarantee You The Fans Think The Same Thing”

Taylor: ‘Everybody Complains, There’s No Stability In Football Anymore. Fans Are The Main Reason’

This was a hot topic of debate on the weekend when we played two friendlies back to back in Germany. In my opinion, which seemed to be shared quite widely, Wayne Routledge had a poor game on the right-wing and in another – he barely touched the ball. I just feel that having been a great player for us in our early Premier League days, he now struggles to offer a threat as a winger. The same can be said for Nathan Dyer.

I’d prefer now for the likes of Dan James and new signing Joel Assoro to take over as our right-wingers. We also still have Narsingh and Montero on the left flank.

Some of the abuse that Routledge does get on social media is uncalled for, but I don’t think my tweet below is that bad, as Leon Britton defended his former team-mate. He made a bad penalty miss – so too did Kyle Naughton and Andre Ayew – and the misses all offered a fair reflection of their performances – not just in these recent friendlies but last season too – in my opinion of course.

The shit @WayneRoutledge gets is a shambles. Hammering the lads in pre season? Love our fans but sometimes people forget what’s gone before. He has been and is a great player for us!

We all love Leon but if you agree with him that Routledge is still a great player for us, we watch a different game. No offence, but his tweet was nothing more than a footballer defending a friend and a teammate.

The Site Next Season

With the season now just a week away, we’re looking forward to getting back into the full match coverage and providing our readers with plenty of reports and analysis including passing network maps, tactical analysis, tactics boards and player ratings. If you’d like to see anything in particular, let us know in the comments.