Tactics – Average Team Shape And How It Changed After The Substitutions 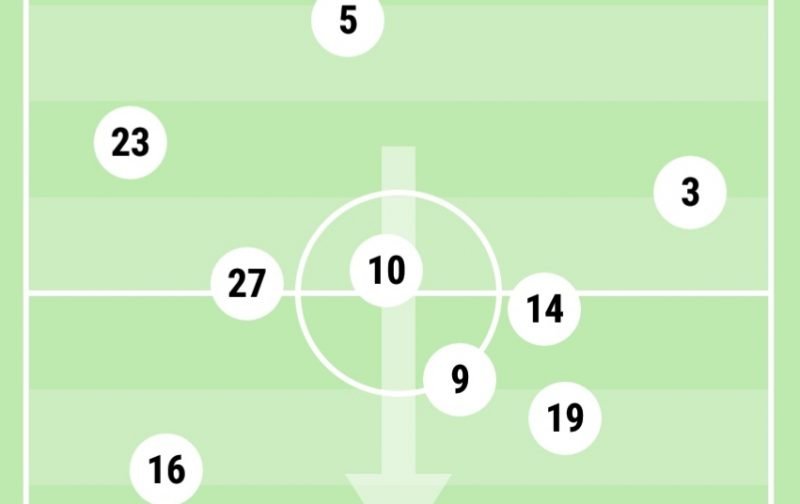 Graham Potter kept with the same formation from last week’s win at Sheffield United, and after switching Celina and Fulton during that game, that’s what he went with today as Celina started in the middle, with Fulton (27) on the right and Carroll (14) on the left.

And like at Bramall Lane last Saturday, it was the two wingers – Joel Asoro (16) and Barrie McKay (19) who averaged our highest positions, as lone striker Oli McBurnie (9) dropped deep into midfield.

Potter was forced into making his first substitution midway during the first half as goalkeeper Nordfeldt had to go off due to a groin injury.

The second change came just 11 minutes into the second half, as Joel Asoro made way for Matt Grimes (21) as Potter switched from a 4-3-3 to a 3-5-2, as Grimes added defensive support on the left flank. 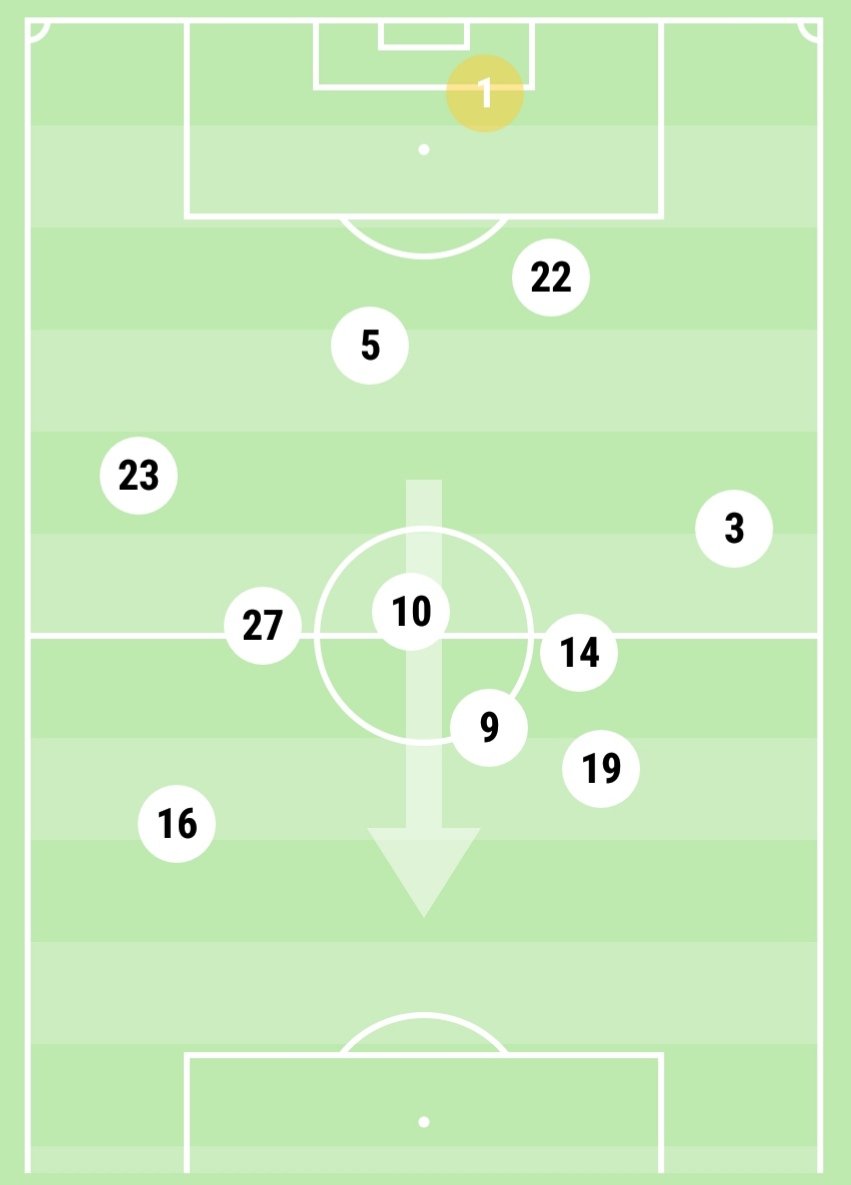 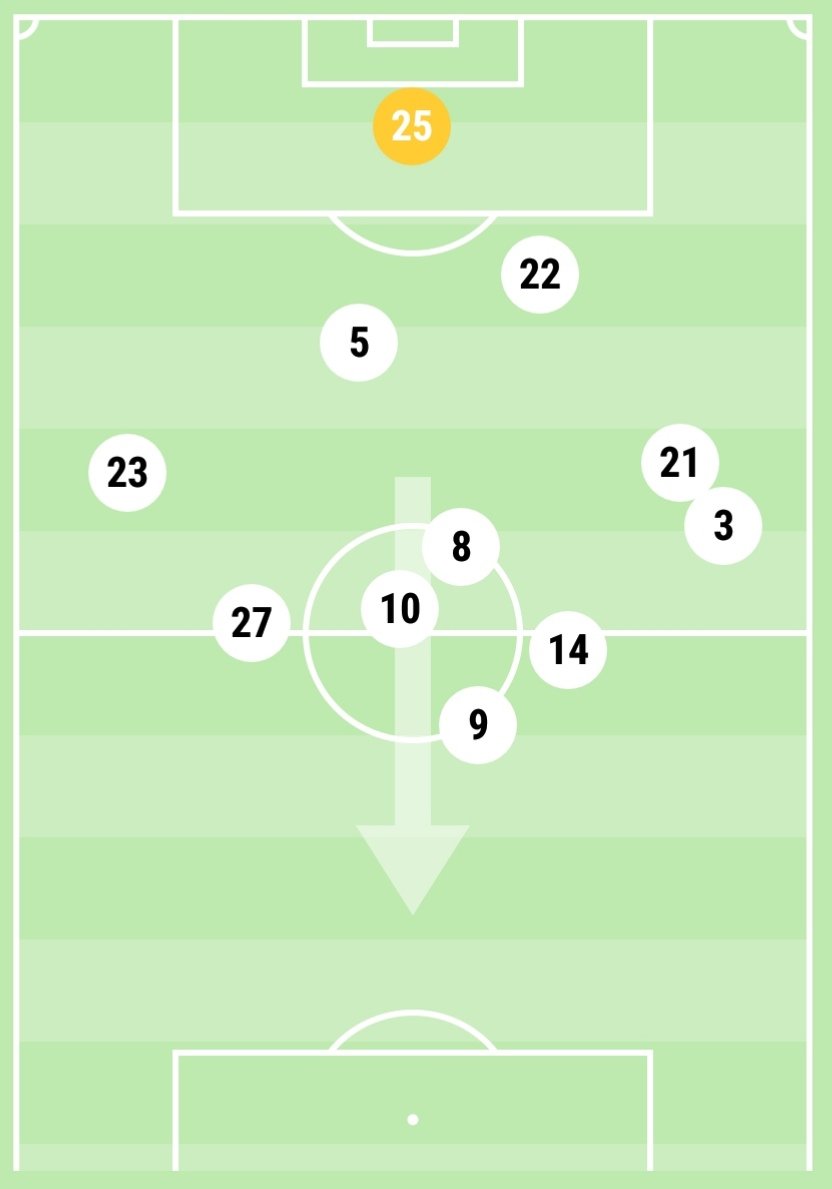 Six minutes after Grimes’ introduction, Preston made their first change as they went in search of an equaliser. Harrop (10) – who as you can see in the bottom left graphic below – was playing just behind the lone striker Nmecha (45) – was replaced by Graham Burke (19) who averaged a central attacking position alongside Callum Robinson (7).

Preston made another change ten minutes later, bringing on Brandon Barker (21) for Tom Barkhuizen (29) – and this shifted their attack threat from their right to the left with the two subs Barker (21) and Gallagher (12) linking up with the left-back Andrew Hughes (16).

Three minutes later, Potter quickly responded as Preston were piling on the pressure and with 15 minutes to go, Leroy Fer came off the bench in place our other winger Barrie McKay. It might look like a negative change at home, but the manager needed his team to get more of a grip in midfield and the change definitely helped to relieve the pressure somewhat.

Looking at the average team shapes above and comparing the difference between the two, you can see how we lost our two forward players and added Leroy Fer (8) as extra midfield support behind Bersant Celina (10). 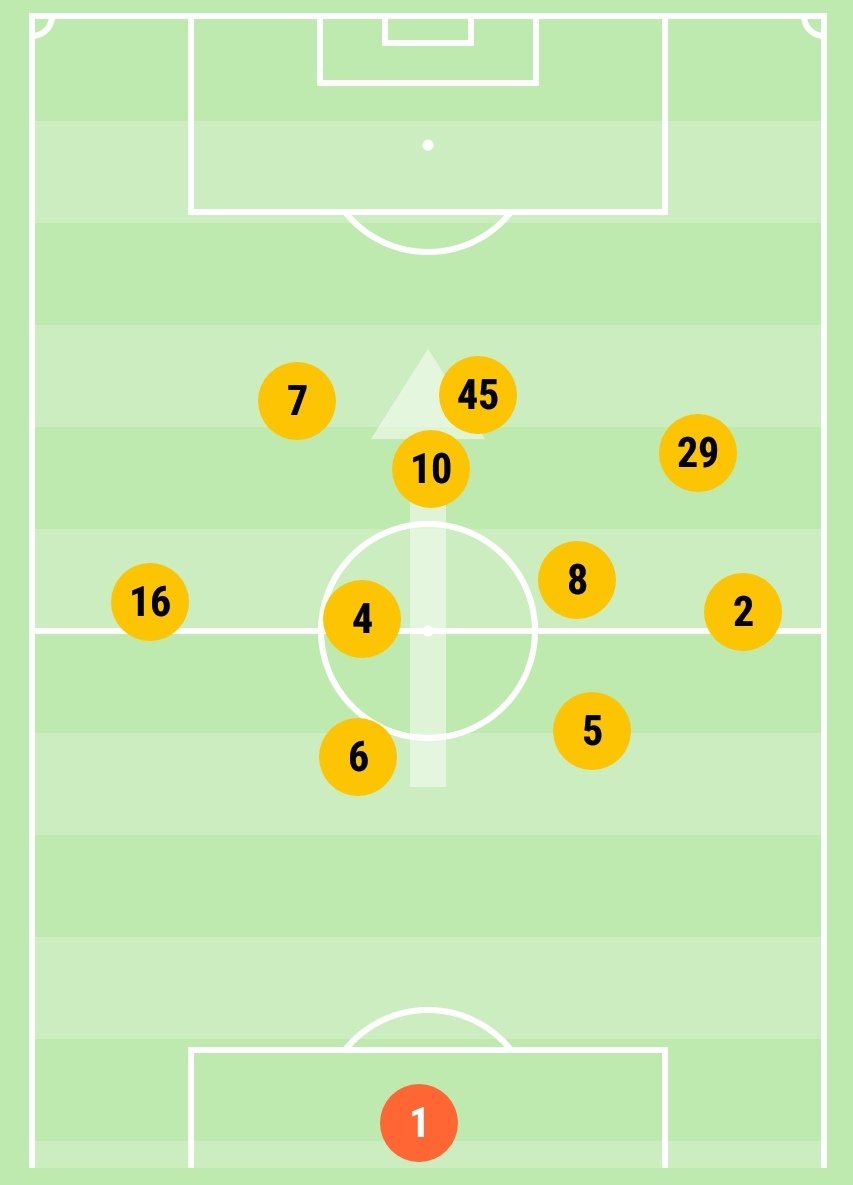 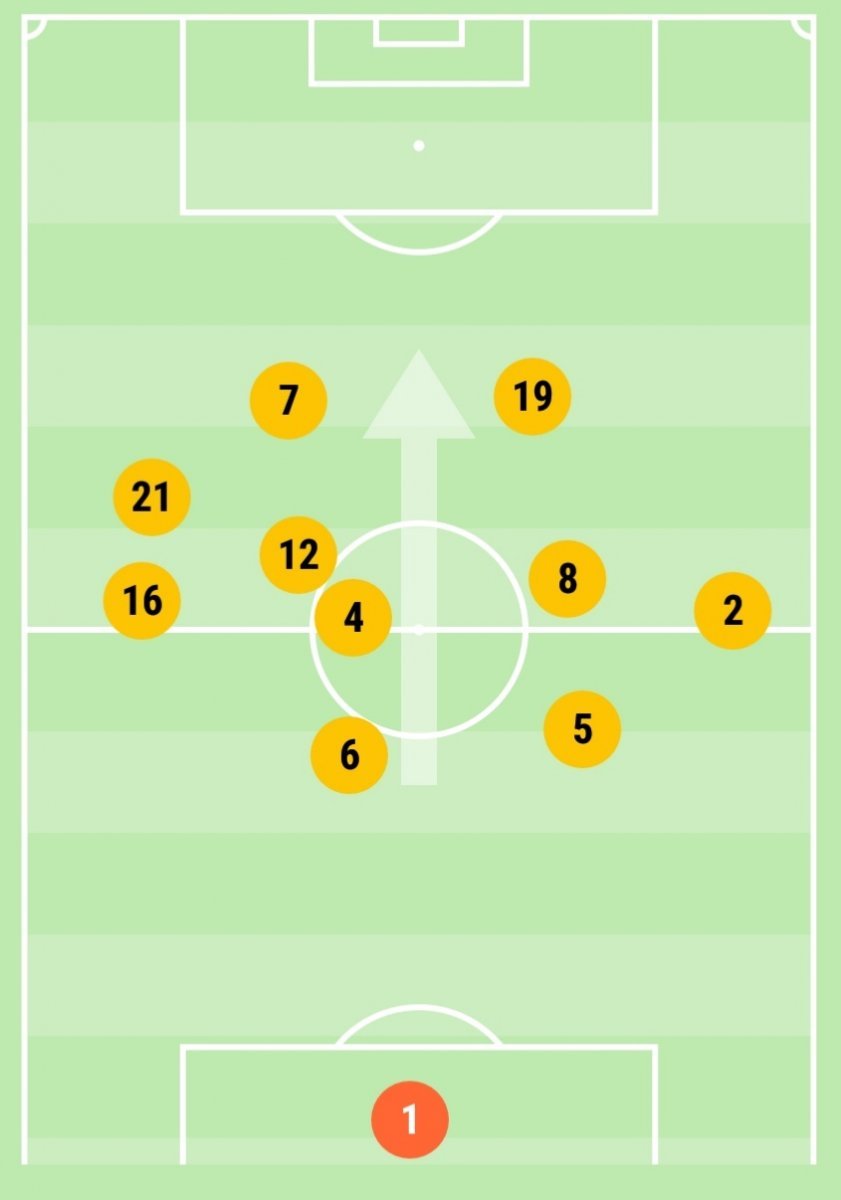