Swansea City’s Squad Depth – Not Quite As Bad As We Thought…Or Worse!? 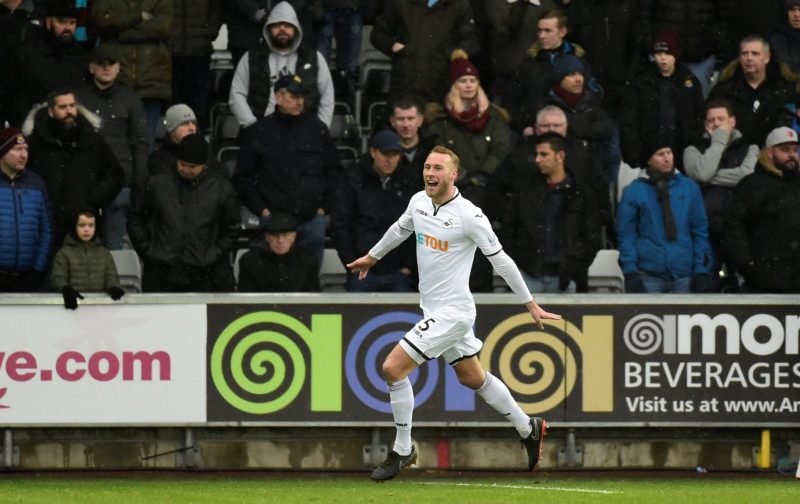 The transfer window closed on Thursday at 5 pm and to say it was disappointing for Swansea City fans would be the understatement of the year – so with that in mind – we thought we’d take a look at our overall squad depth after a disastrous deadline day.

After Graham Potter chose a 4-3-3 formation for the first game against Sheffield United last weekend, we’ve picked the same system below to display our squad’s strength in depth.

I’d argue that our best and well-covered positions are on the flanks with four solid players there. McKay, in particular, shone on his Swansea City debut at Bramall Lane, and Montero too caused all sorts of problems. McKay can also play either side while Asoro can improve at home. We haven’t shown it in the graphic below but with Wilfried Bony not yet fit and no other striker available, Asoro can also play and provide backup to our main striker Oli McBurnie. 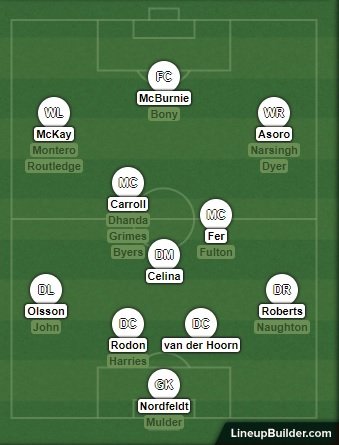 New signing Bersant Celina is naturally an attacking midfielder but after watching Fulton’s struggling performance in a deep position last week and Celina’s bright one there in his place, I’ve put Celina in a deep midfield position. Fer is expected back soon and will likely play in the right central midfield position in place of Jay Fulton – who was linked with a rejected bid from Reading this week.

Tom Carroll could benefit from playing in a more attacking midfield role after a decent performance in the second half last Saturday. Yan Dhanda, of course, came on to score the winner and I’m sure he’ll continue to be used off the bench for now but will definitely be pushing soon for starts.

The centre of defence is where the real problems are at. Any successful team will have a solid and consistent defence. Federico Fernandez’s departure was always expected as he completed a move to Newcastle United on transfer deadline day. We all expected these departures and around £40-45m to be raised, but we at least hoped that these players would be replaced.

It’s staggering to see us sell FOUR centre-backs this Summer and bring in only Declan John – who’s mainly a left-back anyway. What you really want is to sign at least two centre-backs to fill that gap, and we haven’t.

It’s worth bearing in mind that the loan window remains open until the 31st of August so there is still a chance to add cover at the back. What we do know is that there’s no money for signings so we’ll have to make do with the loan market now. Mine and many others’ issue with that though is the fact that we’ll have to make do with one senior centre-back while we look to bring in loans.

It needs to be pointed out that this month we still have four games to play, with another game the day after the loan window closes on September 1st.

What are your thoughts on our squad? Is it as bad as some are making out? Let us know in the comments or in the forum here

2 Replies to “Swansea City’s Squad Depth – Not Quite As Bad As We Thought…Or Worse!?”