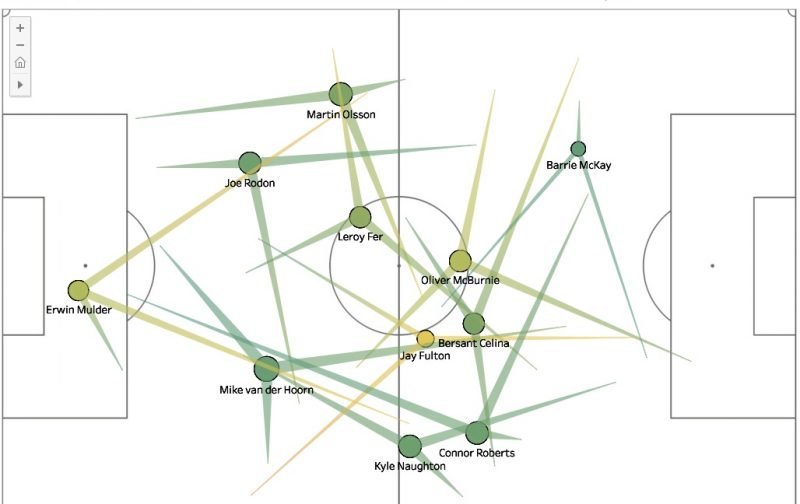 The passing network map for Swansea City against Leeds United in Tuesday’s 2-2 draw gives an insight into the balance of Graham Potter’s team in possession, how busy and accurate each player was in terms of their passing as well as their main passing directions.

The average pass map is based on all passes made before the first substitution was made – so, in this case, it’s based on passing data in the first 63 minutes of the game.

Some of the main key points to gather from the pass map below are: 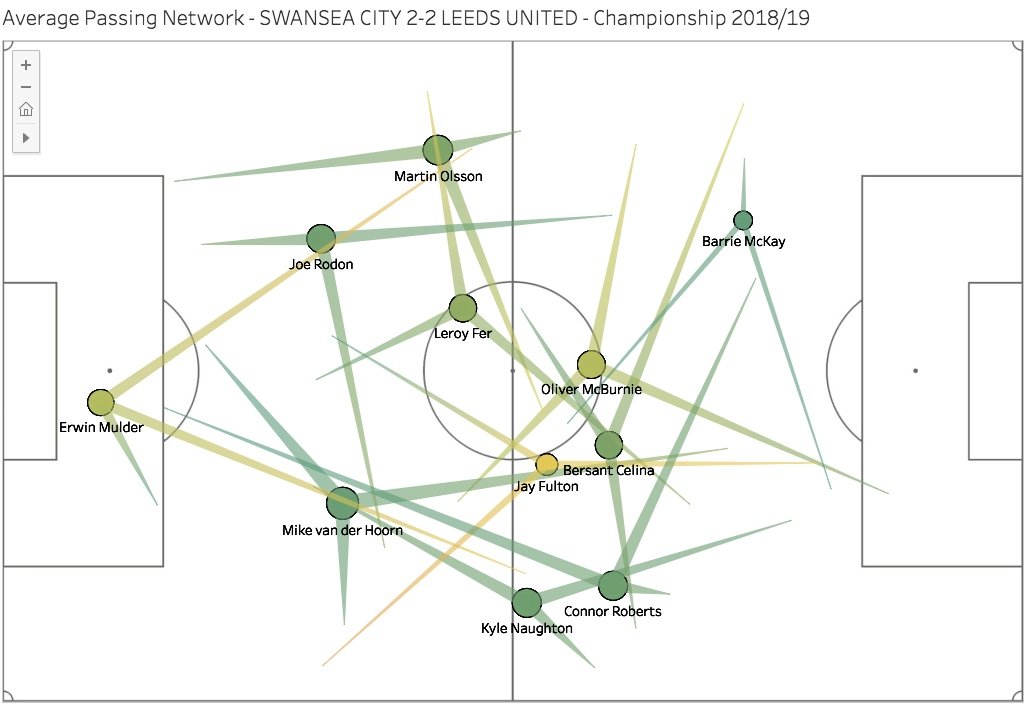 The low phase pass map (below) shows each players’ average passes in their deeper positions. Without going into too much detail, a method called k-means clustering is used to determine the low and high groups of passes. This is a semi-manual process to ensure that each player’s average passing positions and pass locations reflect the actual data.

Some of the main observations here are: 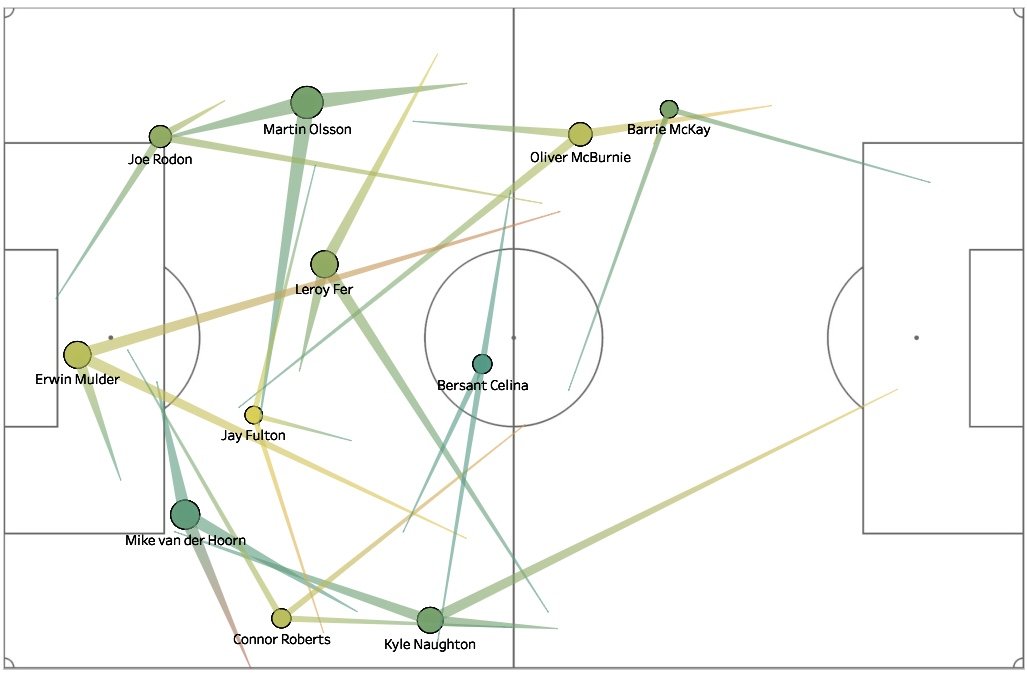 The attacking phase pass map then shows how the passing shape changes in the opposition’s half of the pitch. The Swans are very over-balanced on the right with both Fulton and Celina moving to the right to join Kyle Naughton and Connor Roberts. Celina’s movement on the right is one of the focuses in our Part 2 match analysis article here.

With a lack of link-up play between Olsson and McKay, it’s no surprise to see two of his 3 most common passing directions being played backwards. McKay has no passing arrows because there was a lack of passes made in this area to locate them on the map.

Jay Fulton’s passing in the high phase was very poor as his attempts to play direct passes down the right channel very rarely came off. 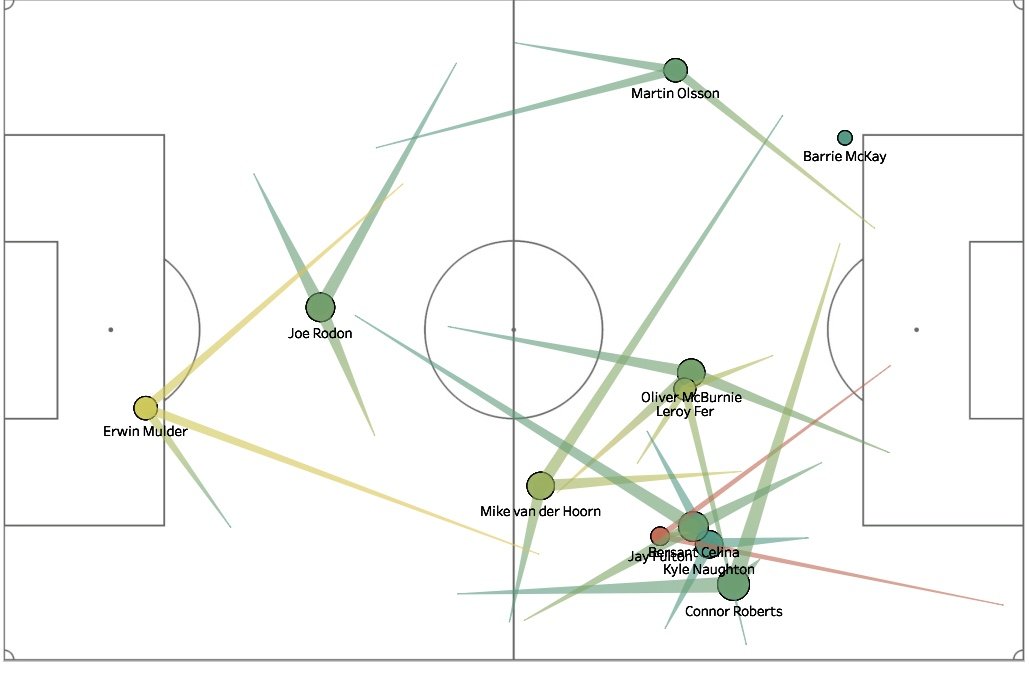 What did you think of the performance vs Leeds United? Can the Swans get the win on Saturday at home against Bristol City? Let us know in the comments below.