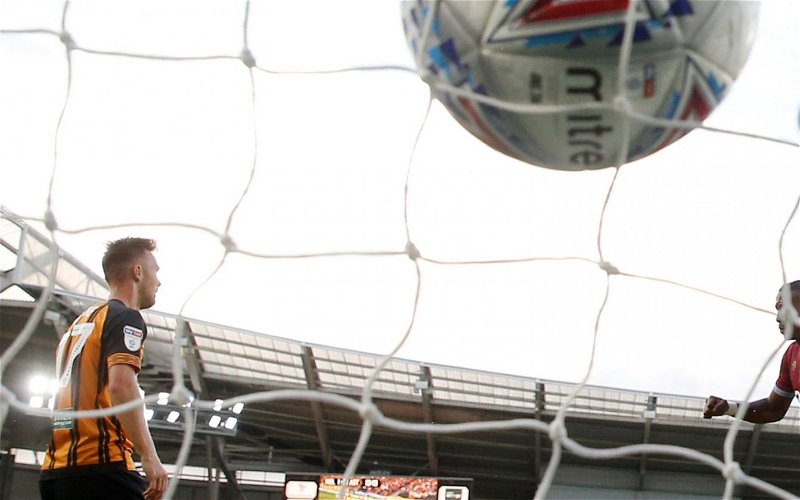 Swansea City failed to take their chances and then capitulated in 10 second-half minutes falling to a 3-2 defeat at Hull.

The major surprise in the Swans eleven was Wilfried Bony starting for the first time since his return from injury which was a surprise as he missed out last week through injury.

The other change was Declan John coming in at left back for Kyle Naughton.

Swansea started on the front foot from the moment the referee signalled the start of the game and it did not take long for the visitors to open the scoring.

Some neat play in midfield from Barrie McKay opened up some space for Bony and he unleashed a shot from the edge of the box which went in off the post.

Hull were looking pedestrian all over the pitch and in front of a sparse crowd the Swans were enjoying themselves and almost doubled their lead when Bony directed an overhead kick towards goal from close range but couldn’t keep it down.

It looked only a matter of time before the visitors doubled their lead as they continued to create chances. Nathan Dyer was guilty of skying over from close range with Bony waiting behind him.

Hull were barely threatening before out of nowhere a defected cross got Erwin Mulder into a difficult position and he subsequently brought down Frazier Campbell with the referee having no hesitation in pointing to the spot.

Mulder immediately redeemed himself saving Jared Bowen’s penalty low to his left-hand side. Hull for the first time looked a threat and a speculative run from Kamil Grosicki saw him make it into the box with only Mulder in front of him but his shot was straight at the Swansea goalkeeper who saved well with his legs.

The second half started with Swansea reasserting control looking comfortable in possession with Routledge shooting wide when in a good position.

With the game in a lull and Swansea not looking in any danger an incident between Mike Van Der Hoorn and Frazier Campbell near the touchline where the Hull striker raised his arms to the Swansea defender after a nothing challenge seemed to galvanise the home crowd.

They didn’t have to wait long for their equaliser. Swansea gave away possession poorly in the Hull half and they broke well with Swansea guilty of backing off and not engaging the attacker quickly enough.

The ball eventually found Campbell in the wide channel and his low cross should have been cleared by Matt Grimes but he got into an awful mess and Jared Bowen tapped in a gift wrapped equaliser.

Swansea were now showing familiar vulnerabilities and when Hull sent a corner towards the back post Tommy Elphick rose highest and his header looped over Mulder into the net.

It was a really poor goal to concede and Swansea immediately brought on Daniel James for the wasteful Dyer as they tried to find a way back into a game they should have been winning comfortably.

It was Hull however who continued to push forward and despite Mulder saving well from Bowen the Hull winger eventually made it 3-1 when he curled a left foot shot into the corner when the Swansea defenders left him with too much space to shoot.

With players and fans shell shocked the Swans tried to force their way back into the game and despite a deflected Bersant Celina goal on 88 minutes there was no equaliser on a day when most will be wondering how Swansea can improve their finishing and game management moving forward.