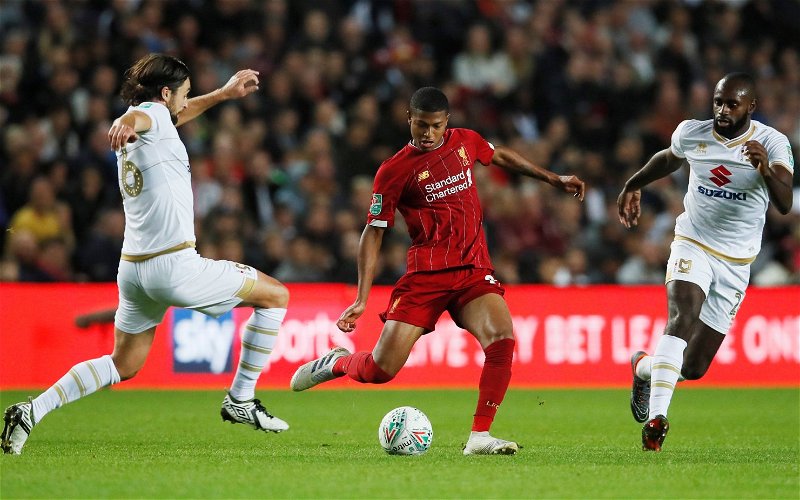 Swansea City are close to bringing in Liverpool’s promising young striker Rhian Brewster on a loan move until the end of the season.

The Swans are thought to be leading the race to sign him on loan but other Championship clubs, including Preston North End have also enquired about his availability.

Whilst manager Steve Cooper admitted that January signings were ‘unlikely’,  the Swans will soon boost their strike options. Cooper knows Brewster from his time as England under-17 manager when he scored 20 goals in 23 appearances but has yet to score a goal at a higher age level for his country.

It’s expected that Spanish striker Borja Baston will leave in January, helping to raise funds to allow for these sorts of loan moves that will most likely require a small fee.

The 19-year-old was established as one of the country’s biggest young prospects following his golden boot win (8 goals) at the U17 World Cup in 2017 but an ankle injury held back his progress for more than a year from January 2018.  Liverpool obviously fully believe in his ability having handed him a five-year contract during his lengthy spell on the sidelines.

So far this season, Brewster has featured for the Reds twice in the EFL Cup, against Arsenal and MK Dons respectively.

With the arrival of a young and inexperienced player coming in, many Swans fans will surely be thinking that we also need to boost our creative midfield options to help him out. Is that likely to happen? You would think not unless the club sold another player to raise additional funds as they’ve stressed multiple times that players need to be sold before others can be brought in.