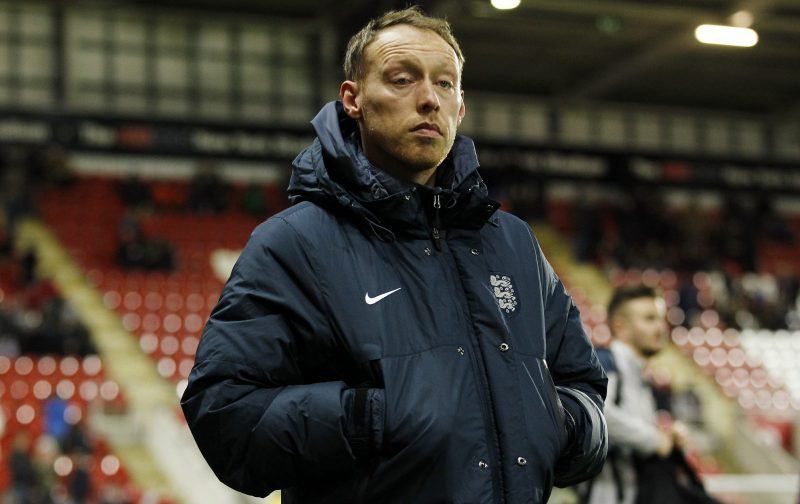 Swansea City are set to reveal England under-17s coach Steve Cooper as their next boss within the next 24 hours, according to reliable Guardian journalist and Swans fan Stuart James.

We were reliably informed late last week that Cooper was on the remaining shortlist for the job along with Michael Appleton and John Eustace and more recently, over the weekend, informed that Cooper was our number one choice to take over from Graham Potter who left to join Brighton. – as we reported in our article below:

The article below will provide more in-depth detail about the 39-year-old, his achievements with the England under-17s and his coaching philosophy.

Some fans might question the appointment because of his lack of senior experience but he appears to look like a typical Swansea City managerial appointment. It wasn’t an obvious choice and he entered the running quite late on. Like Rodgers and Martinez, he doesn’t arrive with a hugely impressive CV but he possesses the coaching ability and ambition that must surely have excited the interviewers.

Thanks to Graham Potter’s work last season, Cooper won’t have to completely overhaul the style of football like his predecessor had to. We were dominating possession and playing attractive football out from the back – something that Steve Cooper also likes to adopt.

Obviously he’ll have his own ideas he’ll want to implement but the key qualities are already in place and he’ll work with players who are used to playing an attractive style of football.