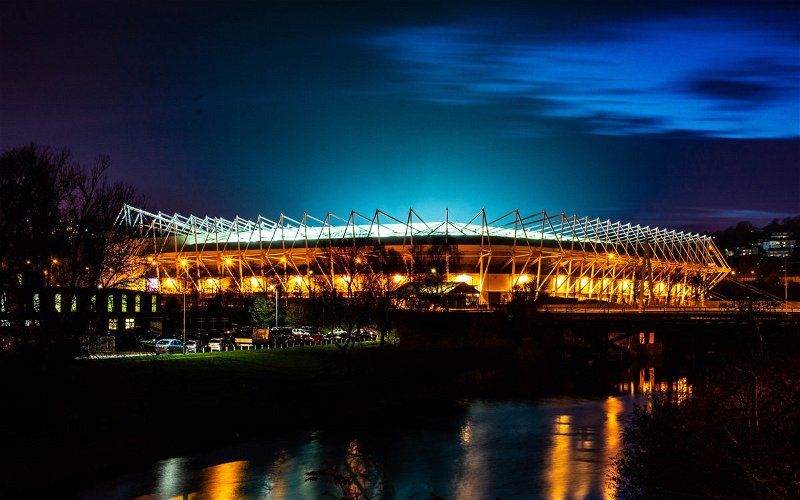 Swansea City were beaten 1-0 by Aston Villa in a tight Boxing Day affair at The Liberty Stadium.

As expected Graham Potter took his opportunity to make a raft of changes with 6 in total with Cameron Carter-Vickers and Kyle Naughton coming into defence with Joe Rodon and Declan John dropping out.

Potter also brought Jay Fulton into midfield as part of a 3 with Leroy Fer and Matt Grimes.

Aston Villa were without start man Jack Grealish and defender Axel Tuanzebe with James Bree filling in again at centre back.

The Swans started game firmly on the front foot with everybody looked comfortable on the ball and looking to get involved. Matt Grimes, in particular, was looking excellent and his range of passing had Villa chasing shadows with Daniel James as ever an option down the left-hand side.

Despite their dominance, Swansea didn’t really create anything of note apart from half chances for Van Der Hoorn and Celina.

Villa were looking to counter when possible but were guilty of giving it away too easily. With Swansea looking comfortable Villa did manage to almost score against the run of play when a Tammy Abraham knockdown was met at point blank range by John McGinn but his powerful shot was brilliantly saved by Mulder who had been a spectator beforehand.

This was a warning to Swansea but they continued to dominate the ball and with half-time approaching their best chance of the contest arrived. Daniel James was released into space and his low cross into the box seemed destined to be finished by McBurnie but the ball was just behind him and some good scrambling from James Chester smothered the chance.

The second half started in a similar vein with Swansea looking good in possession and almost turning it into a goal when Roberts headed into the path of Celina but his shot didn’t trouble the Villa goalkeeper Nyland.

Everything that was good about Swansea in the attacking third was going down James’s side but on too many occasions they failed to turn good play into a meaningful attempt on goal.

Villa started to edge their way into the contest; Yannick Bolasie regularly getting on the ball and it was his deflected shot that had Mulder scrambling towards his own goal before he managed to punch the ball away.

Mulder was in action again minutes later to save two Connor Hourihane free kicks in quick succession and when the goal arrived just after the hour it was no surprise to see Bolasie involved.

The Swansea captain Leroy Fer gave the ball away in midfield before Bolasie was released into space, he played in the overlapping Alan Hutton whose chipped cross was met firmly by Hourihane from the penalty spot and it went in off the bar.

It was a familiar tale for Swansea finding themselves behind having not taken their chances and by now Potter had thrown on Montero, Dyer and Bony in a 4-2-4 to try and rescue something.

A Mike Van Der Hoorn header which hit the post looked to be about as close as Swansea would get before they were gift wrapped the chance to salvage a point.

As the board was about the go up for injury time the ball was played towards Nathan Dyer who was needlessly bundled over by El Ghazi with the referee having no hesitation in pointing to the spot.

Surprisingly it was Bony who stepped up to take the penalty but his attempt was poorly directed and at a comfortable height for Nyland to make the save.

A deflated Swansea couldn’t create anything further and it was the away end who celebrated the 3 points.