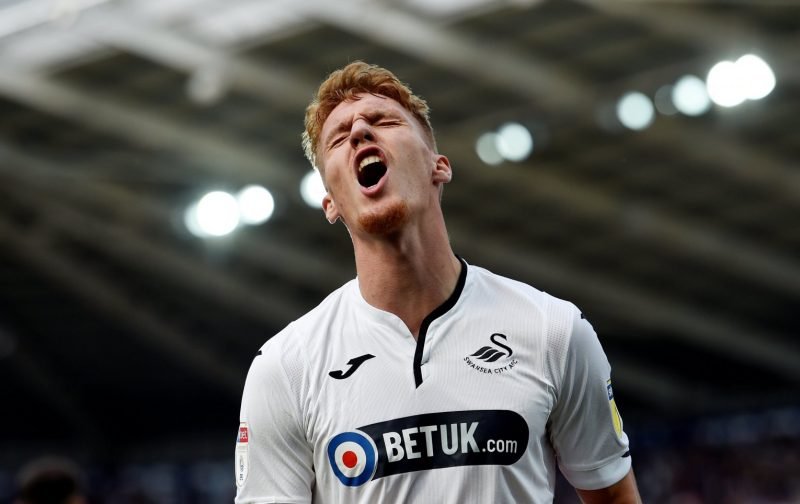 Swansea City failed to build on Tuesday night’s promising 2-2 draw as they simply didn’t turn up against a Bristol City side that were more than comfortable after their winning goal scored after just 31 seconds.

Bristol City created the better chances throughout the game and were much sharper and direct with their passing. Mulder had to make a couple of great saves and van der Hoorn’s effort that was blocked on the line in the latter stages was our only real clear opening.

After barely managing a shot on goal in the first half, with just 2 efforts – one of which was blocked, the Swans stepped things up in the second half as Graham Potter was forced into a double change at the restart after watching a lacklustre display. We managed 10 shots on goal in a much-improved second-half showing but it still was nowhere near enough to take a share of the points.

Potter’s limitations in terms of squad options were so obvious this afternoon. He couldn’t start Fer again having done so just four days earlier, and McBurnie was forced off with 20 minutes to play after carrying a knock. Without a senior striker available to him, Potter decided to push Celina further forward as a false nine.