Swansea City Have Missed Out On Woods, Brentford Won’t Listen To Their Interest This Month 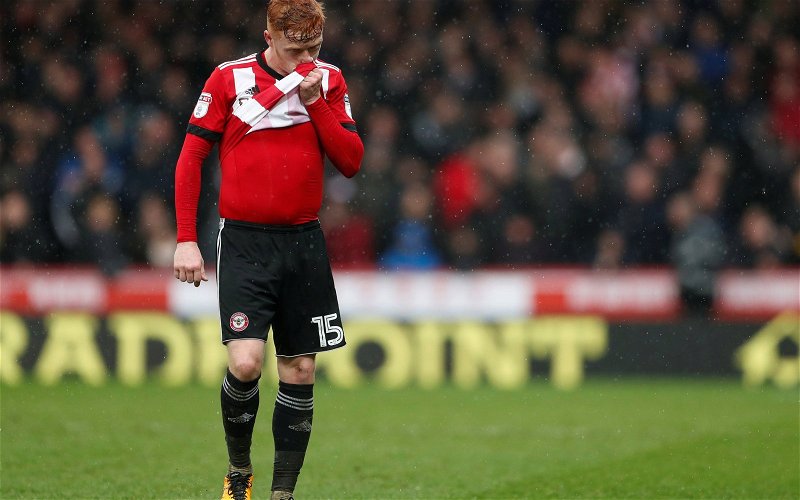 Swansea City have missed out on the opportunity to sign Brentford midfielder Ryan Woods this month as it appears that the fellow Championship club won’t entertain our attempts to sign the midfielder on loan.

The Swans failed in their efforts to sign him before last Thursday;s deadline as they weren’t prepared to pay the £6.5m fee, but there was still a chance to sign him as a ‘loan-to-buy’ agreement in the loan window which ends on August 31st.

Local journalist and Swansea City fan Stuart James pretty much confirmed that a loan deal for Woods wouldn’t happen almost a week ago as per his tweet below:

Shouldn’t come as a surprise Swansea wouldn’t do Woods on loan. Clues are there with what has gone on. If you’re willing to sell anything and everything that has a value, slashing prices in the process, even if it leaves you with 1 centre back & 1 fit striker… you’re f*cked.

In addition to that, there was a couple of interesting tweets as well regarding a recent radio interview whereby Brentford’s co-Director of Football Phil Giles pretty much ruled out a loan move to the Swans for Woods:

Judging by the comments from @TheBillyReeves on BBC Radio London about his brief chat with Phil Giles it doesn't sound as though we will be taking any offers from Swansea for Ryan Woods between now and the end of August. #BrentfordFC

He had told Swansea that he would not be taking any calls from them between now and the end of August in relation to Woods.

The Swans will need to move on to other loan targets this month and the BBC have reported that they are targeting three positions to strengthen – a centre-back, midfielder and striker being the top priorities.

The on-going Ryan Woods transfer saga has frustrated Swansea City fans as it appeared that they weren’t prepared to pay the extra £500,000 to meet Brentford’s asking price. Whether that was definitely the case or not we can’t be 100% sure, but it’s obvious that our cost-cutting measures this month are severely holding us back as we try to recover from this Summer’s mass player exodus, and loan signings now remain our last chance to bring in some much-needed squad cover.

In other news, former right-back Angel Rangel has joined QPR.