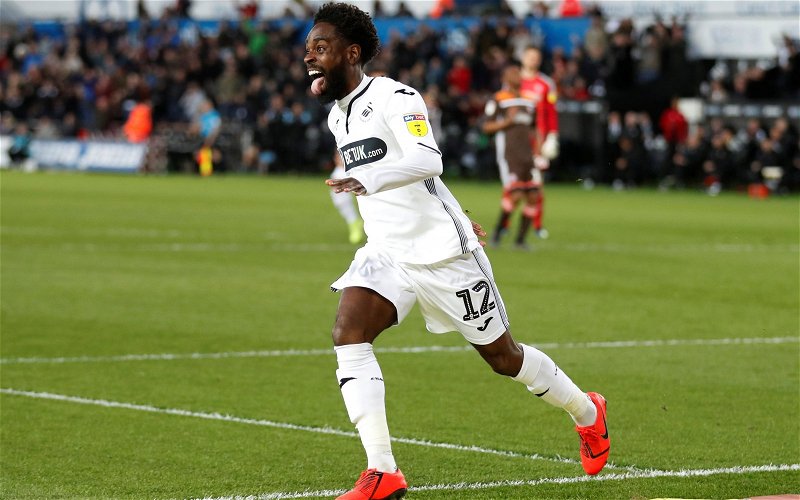 The Swans were in complete control in the first half, racing to a 2-0 lead before the break – but the second half saw a drop in quality from Cooper’s side as they lost their foothold on the game, conceding twice.

These pre-season friendlies should never be taken too seriously or judged upon too much. After all, they’re used for improving fitness and trying out different combinations and tactics. Having said that, there were plenty of positives from the first-half performance that saw Matt Grimes and George Byers controlling the midfield alongside each other. Oli McBurnie’s hold up when dropping deep was excellent as ever and we also saw Joe Rodon partnering Mike van der Hoorn at the back for the first time in a number of months following Joe’s injury last season.

It doesn’t look like Cooper has moved too far away from Potter’s key tactics from last season. It was a 4-2-3-1 formation with Grimes and Byers still operating as holding midfielders. With Dan James leaving for Manchester United in a deal worth around £18m, Cooper opted to play Barrie McKay and Nathan Dyer on the flanks. Dyer started on the right before they switched during the first half.

Yan Dhanda, who was barely used in the first team last season after his opening day strike at Sheffield United was given an opportunity to show his quality in a more advanced central attacking role. He came close to scoring when a high press allowed us to win back possession in a high position and Dhanda’s powerful, low strike bounced back off the post.

It was also an opportunity to see new Summer signing Jake Bidwell in action at left-back. He looked more comfortable in more advanced positions with a few loose passes here and there in deeper positions but again, it’s when the season starts that you can judge the players and their performances.

Kyle Naughton didn’t waste his chance to try and stake his claim for the right-back spot as he was busy during the first half, sometimes moving in-field as Dyer hugged the right touchline.

The opening goal came thanks to a typical attacking forward pass from Mike van der Hoorn. A lofted ball over the top that Dyer raced on the end of, he took control well and the winger found the net to put the Swans in front early on.

It was then 2-0 when Matt Grimes sent in an in-swinging free-kick from close range on the right side of the penalty area. George Byers met the ball although it might have come off a Crawley Town player as it made its way into the net.

Swansea were in control by this point and we barely saw Crawley make their way into the final third with possession such was our dominance with the ball. There was some neat passing on display and it appears clear that Cooper wants the ball to be kept moving quickly at all times with as few touches on the ball as possible.

After a dominant opening half an hour, the two opening goals spurred the hosts into action and forced some work for our backline. We lost our grip on the game somewhat but barring one chance that should have been taken, we didn’t have too much to worry about in and around our own box.

For the start of the second half, Cooper made six changes, bringing on Steven Benda, Connor Roberts, Declan John, Jay Fulton, Bersant Celina and Jay Fulton.

It was soon to be 3-0 to the Swans as McBurnie raised highest to head home Matt Grimes’ corner from the left.

Disappointingly, we conceded from a set-piece, something that proved to be a huge weakness for us last season and Steve Cooper will desperately want to improve that next season if he wants to turn more good performances into extra points; points that we failed to win last year as a result of our set-piece weakness.

It was a free header at the back post as Crawley got a goal back to make it 1-3.

Crawley then got another goal back to make it 3-2, taking advantage of a loose back pass as Morais slotted the ball home past Benda.

There were plenty of positives to take from the game but our lack of strength in depth showed in the second half when Cooper made a host of changes. The set-piece goal conceded was a soft one, especially as it was a free header from a free-kick.