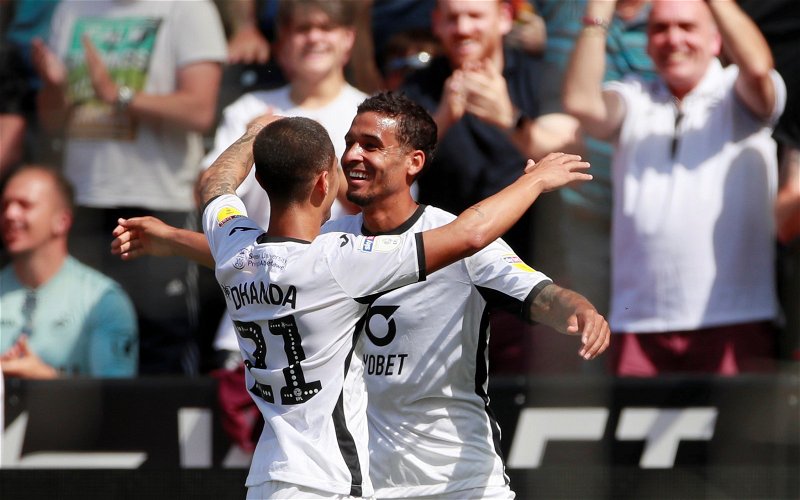 Swansea City boss Steve Cooper has made three changes for this evening’s trip to Millwall.

With Kalulu dropped to the bench and Garrick suspended following his straight-card, the starting eleven lacks wingers as neither Dyer or Routledge have been given a starting berth.

It’s not yet obvious what formation Cooper will adopt tonight. A 4-4-2 diamond is possible but unlikely given Cooper’s lack of use of it previously but it makes sense with Ayew and Brewster up top, Gallagher supporting just behind and Grimes deep behind Byers and Dhanda. It could also be a 4-3-3 with Dhanda joining Ayew and Brewster in a front three.

Unfortunately, neither Joe Rodon or Mike van der Hoorn are amongst the substitutes despite returning to full training this week. Celina, however, returns after a bizarre absence on Saturday that wasn’t injury-related.

Here's how we line up today! ✍️