Still No New First Team Signings For Swansea City – Should We Be Worried? 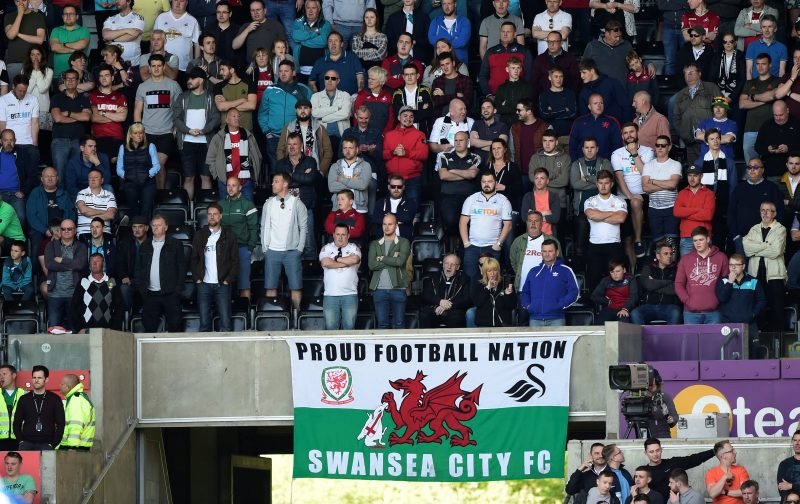 If you were to follow and scroll through Swansea City fans’ tweets on Twitter then it wouldn’t be long before you came across a tweet related to our transfer business, or lack of it this Summer, the impatience and the urge from some to see us sign some players ahead of the new season which starts in less than a month’s time.

It’s easy to point the finger towards the board and the owners. Such is the lack of trust now between them and the fans that they will do so automatically now. I’m by no means a supporter who will defend the board given their actions over the last few years – whether it’s regarding matters in the past or future, but I still think we’ve got to consider the bigger picture here.

Firstly, back in the Summer of 2012, when Michael Laudrup was appointed as manager following Brendan Rodgers’ move to Liverpool, the club didn’t make a signing until July 10th when Chico Flores arrived. 10 days later, we made our second signing with the arrival of Michu. So it’s not as if we’ve never started our recruitment until this late in the month, although it’s worth remembering here that unlike 2012, or last year for that matter, the transfer window closes around 3 weeks earlier.

In Laudrup's first season in charge, we hadn't made a single signing until July 10th (@chicoflores.) The following Summer we'd made 7 signings by this time.

Secondly, the club has appointed yet another manager, who has brought in Kyle Macaulay to help him take charge of the new scouting/recruitment team. The entire scouting team were sacked, and now the management alongside head of recruitment Kyle Macaulay will lead player recruitment, or so we are told. Some fans still remain sceptical that that is the case given that chairman Huw Jenkins remains at the club.

Potter has expressed his desire to assess the current squad – probably something that Michael Laudrup wanted to do 6 years ago as well. The new Swans boss is also held back by the club’s need to sell before bringing players in. I wondered a while back why this was a necessity, given that we’ll surely be paying fees lower than those we’ll be selling the likes of Mawson, Fernandez and Fabianski for. An example is that we’ve sold both Roque Mesa and Lucasz Fabianski for a total of £14-15m combined, and yet we still can’t sign one or two in return?

So, should we be worried about a lack of signings? Not yet in my view. I think we should at least give the new recruitment team time to assess what they have, consider the players that they will lose this Summer and work out what holes need filling. It’s not an ideal situation though, but it’s one that we, unfortunately, have to live with. I’m sure Graham Potter would want new signings to work with when they head off to Germany and Austria for their Summer Tour later this month, but it’s just not going to happen.

I’d also like to think that Graham Potter wouldn’t have signed the three-year contract here had he not had reassurances first regarding transfer money and control. He worked wonders at Ostersund and there’s nothing – barring interfering from the board – to suggest that he cannot achieve similar success here in terms of rebuilding a team that plays good, attractive and most important of all – winning football.

Some fans are being more patient than others and recognise the complexities of the Summer rebuilding job that Potter and his staff have come into, but it’s not one that they weren’t fully aware of before making the move here from Sweden.

Absolutely. Some don't realise that wage bill is unsustainable in The Championship. Huge rebuilding job which will take a few transfer windows. I hope the board will allow him the time to change things, and put his stamp on the team.

Like Steve here says, it’s not going to take a single transfer window to sort this out. Graham Potter didn’t get Ostersund up to speed right from the off and it took a little time to see his influence there take effect on the pitch. No doubt it’ll be the same here as well.

And like in Sweden, you could call this another long-term project, and everyone’s got to get fully behind it. And whilst thousands of supporters, including myself, are not happy to see chairman Huw Jenkins stay despite being to blame for our relegation, we’ve got to get used to that fact now and get on with it.

No need to worry yet but ask me again around July 20-25th and it could well be a different answer!

One Reply to “Still No New First Team Signings For Swansea City – Should We Be Worried?”